Ivan Provorov #9 of the Philadelphia Flyers plays the puck against Brad Marchand #63 of the Boston Bruins during the first period in a Round Robin game during the 2020 NHL Stanley Cup Playoff at Scotiabank Arena on August 02, 2020 in Toronto, Ontario.Mark Blinch | National Hockey League | Getty ImagesThe NBC Sports Network… 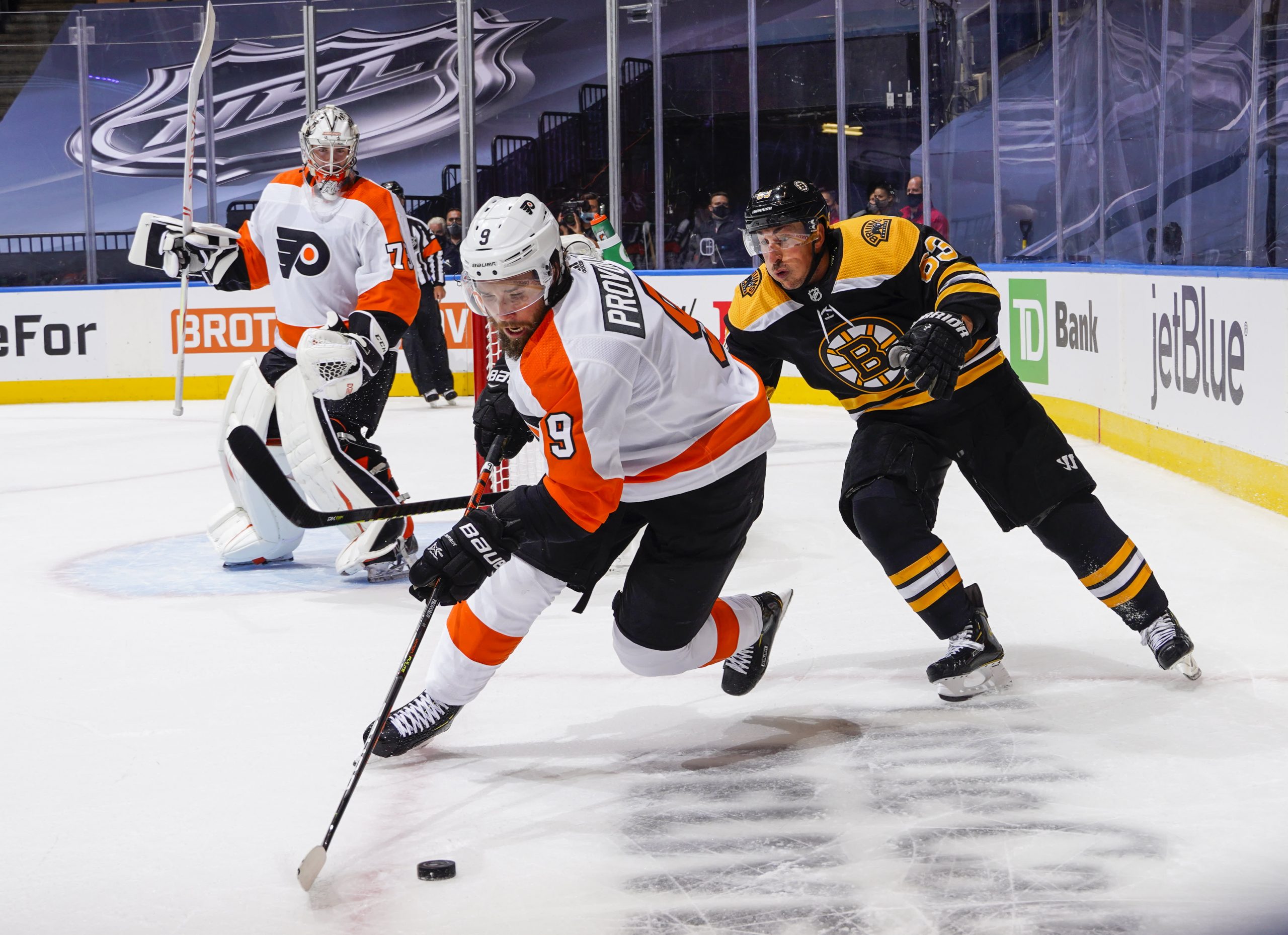 Ivan Provorov #9 of the Philadelphia Flyers plays the puck against Brad Marchand #63 of the Boston Bruins during the first period in a Round Robin game during the 2020 NHL Stanley Cup Playoff at Scotiabank Arena on August 02, 2020 in Toronto, Ontario.Mark Blinch | National Hockey League | Getty ImagesThe NBC Sports Network is shutting down.The network will stop operations by the end of 2021, a person familiar with the plan confirmed to CNBC. NBC will transfer its sports media rights, including the National Hockey League, to USA Network. The person spoke to CNBC on condition of anonymity as the individual isn’t allowed to comment publicly on the matter. Both networks are owned by CNBC parent company NBCUniversal.The plan to halt operations will allow NBC to attract more reach for its sports content. USA Network is available in 86 million homes, while NBCSN has an estimated 80 million household reach.NBCUniversal initially hoped NBC Sports Network would be its response to Disney’s ESPN — a cable sports network that could justify high affiliate fees from pay-TV distributors because of its popular sports content. Twenty-first Century Fox developed Fox Sports 1 and CBS introduced CBS Sports Network for similar reasons.But none of the cable sports networks have ever seriously threatened ESPN, and the media industry’s move toward streaming video has made linear sports networks anachronistic. NBCUniversal is considering shutting down several networks, CNBC reported in October, to consolidate its best assets in fewer networks. Shuttering underperforming cable networks could allow legacy media companies to keep the shrinking cable bundle afloat while maintaining subscription revenue by boosting fees for its existing networks.The network started in the 1990s as the Outdoor Life Network, then was rebranded to Versus in 2006. Comcast owned the network when it took over NBCUniversal in 2011, and rebranded it as the NBC Sports Network at that time.NHL playoff games, a selection of NASCAR races, and Premier League content will transfer to USA Network after NBCSN closes.The Stamford, Connecticut-based network took over NHL rights with a 10-year, $2 billion package in 2011. The agreement runs through the current 2020-21 season.NBCSN also has a $4.4 billion rights package with NASCAR that expires in 2024 and coming up on its renewal option with European’s soccer Premier League rights (worth roughly $1 billion). The network moved some of those games to NBC’s streaming service, Peacock, last year.Back to the futureLongtime sports media rights advisor Lee Berke said the move is “back to the future” for USA Network airing sports content. The channel was originally a national distribution arm for Madison Square Garden Sports Network, airing sports content including the National Basketball Association until 1984.”The fact that sports is returning to USA isn’t a new concept,” Berke told CNBC in an interview on Friday. “Certainly the distribution is helpful but this move is reflective of a couple of things — the pay TV bundle is shrinking. Subscriber base is shrinking. So, it justifies fewer networks to be on the air and the other part of it is the growth of streaming.”Berke, the CEO of LHB Sports, a sports consultancy firm, said streaming trends is forcing network to reinvent themselves “as consumer viewing behavior changes. The was a migration of sports from broadcast to cable over the past 20, 30 years when pay TV became bigger and bigger. And now you’re seeing sports migrating to streaming.”I think its a sensible move given the trends that are taking place,” said Berke of NBCSN’s closure. “You’re trying to stay ahead of the wave. You don’t want to be behind it and miss out. But this makes sense based off where pay TV is heading and base on where streaming is heading.”Disclosure: Comcast owns NBCUniversal, which is the parent company of CNBC.
Read More