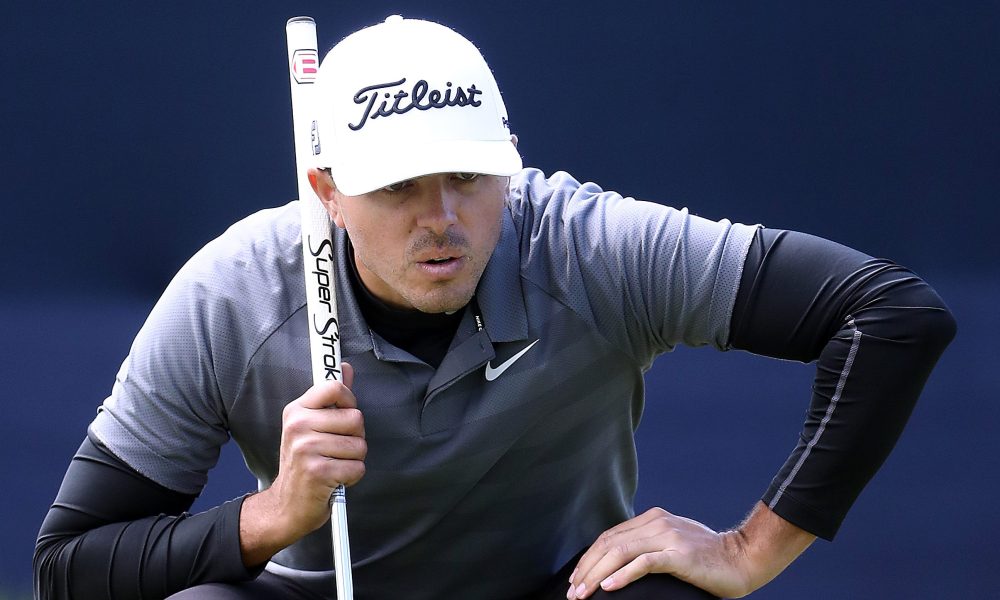 Safeway Open – My readings, findings, stats from this weeks research: Core Plays
So here we are , REAL quick into the 2021 Season with one of the biggest schedules PGA Tour has
ever seen. Unreal to think that we will have 6 Major Championships this year.
So heres the scoop:
A “super season” gets underway with the Safeway Open in The Blue state of Cali,
from Sept. 10-13. The 2020-21 season will feature 50 events, making it the largest TOUR schedule
since 1975. Which includes six majors and THE PLAYERS Championship, Un fucking real
there is going to be so much content and chances to crush this year, I am STOKED!

Elite Talent in field Brandt Snedeker, Jordan Spieth, and Jim Furyk along with
Hall of Famer Phil Mickelson lead the field at Silverado Resort. Out of these guys, we really like Phil,
and Lord HELP ME SPIETH…. Jesus man, cant beleive we are saying that…. but here we are

FIELD NOTES: Jordan Spieth kicks off a new season looking for his first victory on TOUR since
The Open Championship in 2017… Brandt Snedeker returns to action at Silverado,
also looking to break a multi-season win drought. His last win came in 2018 at the Wyndham YIKES…
Phil Mickelson comes into Napa riding high off his first victory on PGA TOUR Champions and absolutely crushed those guys, righfully so, but a win is a win, and he should be riding high off that in his home state.
Camilo Villegas will make his first start on the PGA TOUR since The Honda Classic,
and the first since the passing of his 22-month-old daughter, Spider man is back, and with alot to prove
he may be rust and the clubs may be dusty, but My heartfelt pick for this week is Villegas, having
two kids #3 on the way, I couldnt imagine what life has been like in 2020 for the villegas family. VAMOS
Former Clemson star Bryson Nimmer is amongst the sponsor invites. Nimmer currently leads the
PGA TOUR LocaliQ Series Points List with more than twice as many points
as the No. 2 player in the standings. Nimmer has two wins and a runner-up in four starts. (This could be a very sneaky play, Im going to throw a few darts his way and see what happens with the limelight,some guys thrive in it, some suffer. Like wes bryan, he is a stud, but at the same time, I truly think that he is sharpening up and learning what he needs to work on to get it done at the highest level.
But again, winners are winners, gamers got game, no matter the course, level of field talent, etc.
Silverado Resort and Spa (North), 7,166 yards, par 72. This year marks the fifth time the
Safeway Open will be played at the North Course at Silverado.

What to look for: Brendan Steele will look to become the first three-time winner of the event.
Steele won in 2016 and 2017.
Silverado record: 270, Brendan Steele (2016). HEYYYOOOOO
18-HOLE RECORD: Chesson Hadley (2nd round, 2017 at Silverado). HEEEYOOOO
2019: It was his second PGA TOUR victory for Cameron Champ, who won the
2019 Safeway Open by one shot over Adam Hadwin.

The victory marked the second for Champ in 33 PGA TOUR events.
He shot a 3-under-par 69 Sunday while Hadwin made a spirited charge with a 5-under 67.
Marc Leishman (who, along with Corey Conners, shot the round of the day with a 7-under 65)
Finished third. Charles Howell III, Zac Blair, and Justin Thomas rounded out the top five.

Who I Like: Pool bottom up
Cink
Bram Wagon
Hoag
Seiffert
Ryder
Hoge
Schenk
Stallings
X Zhang
Bryan
Higgs
RCB- SOMEONE GIVE THIS MAN SOME LOVE

Out of these players when we really hone in on what we need this week to be successful, heres my findings

Phil- Cali born and raised, and spent most of his life, Home game per say, and I like where his game is at coming off a win

Si woo- Arguably the best swing in this field, just missing the fed ex cup playoffs final round, I like a bounce back this week

Lowry- Sleeper per say, but not on my radar this week, could bite me in the ass, but Ill take it with some lube if he decides to show up…
Steele – you must not have read the above….

Garcia- Can he make a putt? Tee to green is a beast, in a weaker field, him and phil have the most experience in this field, nice and seasoned, just like my wifes chicken.

Spieth- Jesus man, If I Have too, and I feel like I do, considering field strength , this week to me, will tell the tale of the rest of the calender year and how we approach Spieth throughout the next 2 majors.

Core 4 for me this week is

Notables stallings phil Chubbard davis Plug em in where you can.

Thanks for reading , I appreciate you all Im going to cook up some fresh streelman, but hope it doesn’t burns, but hey theres my neighbor Gordon, who loves his husband bryan. Might put un my glovers, and make a list, of what I need. OUCH right in the gooch, that really hurt my piercy. RCB