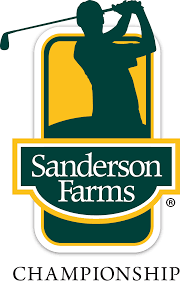 Definitely not what we needed last week with the core group, but hopefully you paid attention to the DK Points chart and top 10’s List from last week’s write up and did something with your life. Oh well, it’s a new week and here we go with the Sanderson Farms Championship.

This tournament moved to the Country Club of Jackson in In Jackson, Mississippi in 2014.

With that knowledge, you past winners here include

So yeah, remember that when you are making your player pool.

Last years event was a great tourney to watch on Tv and I expect the same this year with an awesome field. Yeah , I said it, its awesome we play DFS, if you don’t love it, Why are you even reading this?

Anyway, Munoz got his first career win, and won me money hahaha, so that was great, he was probably 6500 then, boy how times are up and down on DFS sometimes, behind him on the final leaderboard were:

And notables right below them:

When I was doing my research I found myself on Youtube watching the highlights from recent years and some notables keep popping up day in and day out video after video, and they were some names I totally forgot about playing well here last year and names we have to play this week somewhere along the line

Si Woo- was ballin out of control here and had a few hiccups been playing well post covid $8,400, Si woo is a baller, Im all in at that price

ZJ- day one here last year couldn’t miss a putt, knows the course, Veteran , Listen 9,600 is pricey for a ZJ, but look at the numbers, they don’t lie. If you can afford it, go for it, Im sticking with Long in this price range.

Hoge- 1st round leader last year, hot and cold, but may feel cozy right at home back here again $6,900 GIDDY UP DADDY

Scheffler-PRICEY- 11,400 one of his first starts last year, 2nd year at this course, made final playoffs , kicking off his season

SNEDEKER- Value 7,100- Goddammit snedeker, could you show up this week like you did last year? ROLL TIDE

Soooo build that lineup, Take out scheffler and go IM. Boom that’s a winner right there, write that down, And as im typing this Im building some sick lineups around those guys.

Leaves 0$ on the table though the first build with IM, love that one.

Zalatoris – Can he live up to the hype? Im definitely going to have a few.

Scheffler- Made the fedex final , is a stick and can go low! But at what cost? Im willing to, only because we can find value this week.

ZJ- Yo, this dude keeps popping up!!! Look out!

Doc Redman- Sick stats this week including this one ranking 5th past 2 months.

Burns- Burns worst stats come around the greens, But both those numbers are alomost better tha half the field.

Cam Davis- Listen if you don’t play cam Davis this week somewhere, on some lineup , at 8100, then I cant help you.

Zalatoris – 10,200- Cheaper than last week, but still ranking high in the charts.. again.

Ventura- $7,200- Ventura, hasn’t really done me anything, but also seems to pop up near these lists in stats figures. But he is definitely a stick. And can git r dun.

Scheffler- Similar names popping up again! $11,400 Like I said before, We can go there, because of value this week like davis etc. But wont be my majority stake.

Swafford- Big win last week for Hudson, he crushed my Long pick for Sunday, but , Rarely do winner go back to back, Fade for me. What say you?

Burns- Great stats everywhere but around greens like mentioned before, hes 9,800, and a pivot off redman, I Like long in that range, But burns definatly scores DK points, making the top 10, and rounding it out.

The guys down low I like, and will throw some darts on this week,

Play with that one, See if you like it .

The chubbard is down here as well, smelling like a chubbard week.

Hoge, rounds it out super low down here.

And I am laying a hammer down in the 8 and 9k range this week, I really like all the guys here, and the winner can definitely come out of this range. And this is where We lock in adam Long again!

We can do this, because why???? We have severe value this week, Listen I love this final build so much I may enter it in everything. Core 4 build this week.

My favorite fill in there is Snedeker / jones or Hoge/Taylor. Both loaded up.

Balanced FPPR build around core 4 = Bryan McCarthy which is sexy too.

If you need me reach out, I feel really good about my week this week, and the lineupos being built. If you have any DK questions, reach out on twitter, Facebook, Insta, and it will get to me. Or reach out and CAULEY me, JK, I wont CINK that low, Just gunna GRILLO out maybe BURNS some steaks, who knows. Its HOFFMAN, POSTMAN, REDMAN the WEEK OF THE MAN.  GIDDY UP!!!

The Robert Rock : Irish Open
Shiners for the SHRINERS