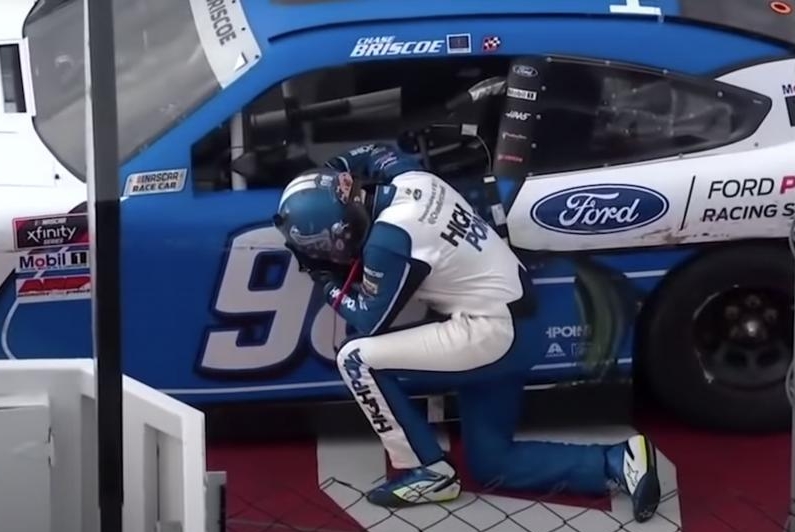 We’ve finally made it! Bitter sweet feeling for me really. Love being back at the track that has produced the best DFS results for me in the past but also so sad to say goodbye to NASCAR until Feb. But it aint over until its over! One more week, one more breakdown, hopefully one more lobby take down.

Just like in the trucks last night, I see this being a 2 of 4 championship contender lineup build race. With pricing, you can definitely squeeze 3 of the 4 contenders in a lineup but it forces you to dig very deep. I dont know that there are enough laps in this race to share amongst 3 so Ill stick with the 2 and build more balanced.

I would have to say based upon year stats this is the favorite for today. Hes won 9 races and every time his back was against a wall or people slept on him he came out and won. I expect no different tonight. I was not going to be on him all that much originally but I faced the facts and worked him paired with all the other 3 contenders to make sure we are covered here.

2020 has not been the greatest year for Allgaier. He actually struggled to finish and win races until Richmond came around where he won both races. That track is very similar pace wise and if we look at track history Justin is by far the leading horse in the race. Ill have him more than other 4 contenders.

Right behind Briscoe all year in stats was Cindric. Dude has proved time and time again that he is a winning worthy car and has performed well on short tracks this year. Earlier this year at phoenix he lead 9 laps and finished 8th which scares me but that also was not for a championship.

If he was in the championship 4 he would be a lock for me this week but since he is not I will be fitting him in where I can under my contender stacks. He has great track history and has lead laps at almost every short track event this year. Look for him to be on the lower owned side due to over-pricing.

Here is the nugget. This guys has performed amazingly on all short tracks this season and really stood out from the rest pacing with Allgaier earlier this year at Richmond. Most likely the lowest owned of the 4 contenders. Do it!

Ran well earlier this year at phoenix with a top 5 and has led laps and won at short tracks this year. He is coming off 2 straight wins. If you believe in the what have you done for me lately theory, this is the guy.

He is teammates with Allgaier and earlier this year gragson ran pretty well in this race and showed great pace. He has Allgaiers setup in the car then and I expect no different today. Fit him in.

Somehow or another this car is still in the running for the manufacturers championship which blows my mind considering the car has failed to finish what seems like half the races this year. But either way, that gives me good confidence that they will be up there racing in the top 10 and given the 18th starting spot, ya have to have some shares to be competitive.

Oh Brandon baby. Dude was lights out late in the going here earlier in the year. He drove up and passed Kyle Busch late in the going and sailed off to victory. I dont think that will happen in this race but give me a few laps led and finish top 5 like I know you can and he pays for himself.

This guy seems to produce or paste the fence so tread lightly here but earlier this year at this track he race top 6 late in the going and guess what…pasted the fence. The right rear of the car was all jacked up and he still drove back up to finish top 10. The car will have speed as JGR always does here but be careful on exposure.

I guess it really doesnt matter what car JJ is in this year because he has shown that he will out perform the cars expectations. He did get the juice in price this week which concerns me but at the same time I think it did everyone else more so. I have a good amount of shares here, you should too.

Risky shot here of finishing right where he is starting but in a limited middle option pricing field I will take my shots and hope he can finish top 15 like he has a few times this year at short tracks.

Stud on short tracks with this inferior equipment. He showed it at Richmond both races and that is enough for me to take some stabs at $6,200.

In that #07 car this year David has been great. The car is way better than a 29th place finish and so is David. Just know that the equipment does fail regularly so dont go to heavy here.

I have a few more than a few here simply because price and what it lets me do with my top picks but buyer beware he can finish right where he starts. I do have some history from this years short tracks showing me that he could drive up to 14th or 15th and thats way good by me so lets pray for that.

As with most shots down here its a toss up. Bayley Currey in this car either finishes around 20-26th or he fails to finish. If he finishes 20-26th you are going to wish you had him in the lineup.

Balled out this year at both races in Richmond! I expect the same here. Again same problem as Currey with failed equipment but if he finishes it should be a top 20. At $4,800…how do you not?

Any other driver in this race is a very risky play and only should be done in tournament play.

Thank you again for following us here at WLF! Let us know how you did this week and keep up to date with all our new content at FB, insta and twitter @WLFBETS and our youtube page We Live Fantasy!