Trucks Championship Round in Phoenix 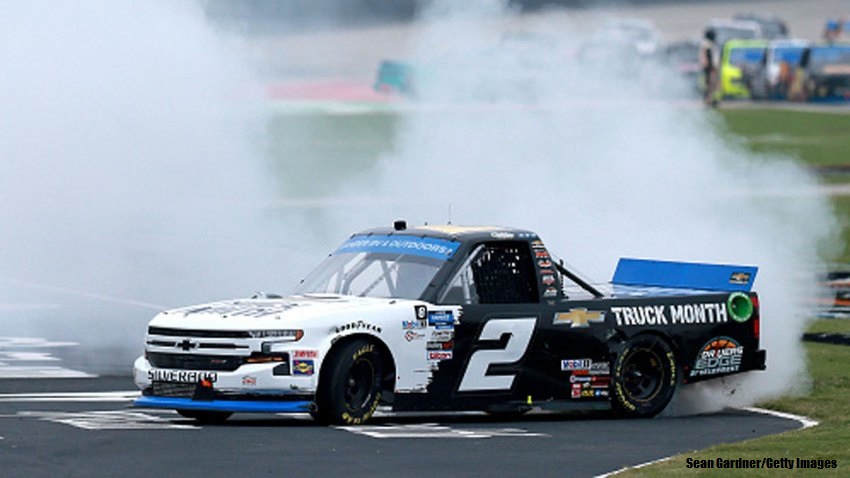 AMPED! Straight amped is how we are feeling for this weekends championship round at Phoenix. Last time we were in Phoenix the trucks were not here but we do have years prior and this years short tracks to help us breakdown the best plays of the slate. History tells us that you will need at least 2 of the 4 championship contenders in your lineup to compete. This was the case at the races in Homestead in years prior and I expect the same result because these guys will be doing anything to gain track position to put themselves in contention at the end. Interesting enough all 4 contenders will starting in the first 4 spots so we’ll start there.

When Creed starts near the front he is always a threat and the fact that its at a short track makes me even more pumped to click away. $11,400 is telling us that he needs to lead at least 50 laps and be a contender at the end to pay for himself but I can see that happening and Im hoping others are not.

Not his best track on the circuit but hes been there done that in this position before. By far the most experience amongst the final 4 and has proven that he can be fast and lead a ton of laps at short tracks this year. He seems to be one of the underdogs heading into this race and the last time that happened in a championship race….he won it.

KBM truck and they historically lead laps here no matter who is in the truck. Smith has show some flashes of speed this year but always runs the risk of taking down the fence, like high risk. Even though the starting spot looks juicy AF be careful here.

Really let us down last week. I was there, I was all over him. I really hope he can turn it around. I will be there again this week but I wont be nearly as heavy as last week for many reasons but mostly because price is also very high at $10,000.

Another one that kindof disappointed last week. Even though he wasnt terrible it did not pay off in the end. I hope that keeps his ownership down a bit but this rookie is one of my favorite to win the whole damn thing including this race. Look for him to lead laps and be in contention when it counts.

Again same as last week this is a short track and its not his type of race track for success. Starting 17th is a lot more attractive than a top 10 start so I will be there but in most cases Ill be paying down.

Tons of experience in trucks and has proven he is capable of getting the good out of that equipment this year. Very pricey but he can pay for himself and I hope that price tag will lower the ownership.

Slept hared on him last week and it bit me in the ass but he proved us wrong last week and I wont let him do it again this week. Historically, starting pole means he should lead the first 40 or so laps. If that happens and he finishes top 5 in the end he will be in the winning lineup. Plus, he is the other underdog in this fight so Ill take the lower ownership.

Like I have always said, Do not forget about Crafton. Does not matter track or age or truck dude shows up and everyone sleeps on him. I will have my typical 5-10 Matty C lineups and wait to see it end up in the big money in the end.

KBM truck here could lead a ton of laps but again runs out of talent when it counts the most so be careful here. 7th is pretty close to the front but the price tag is not bad so I wont hate you if you try this play.

Crazy year for this guy and had a shot a couple weeks ago until Sauter did Sauter like things and took him out while he was leading. Anyway, his track history is actually pretty good with a few top 5s and 10s. $8,600 seems a little steep for the starting spot and his potential points but I make sure to have a couple.

Finds ways to wreck this year and its unfortunate because he is a great short track guy. I expect him to do decent and run top 10 maybe luck into some laps but its hard to take him with his luck this year.

Was very heavy here last week and it did not pay off, I will go back because I know he likes this package and he is way better than a 22nd place truck with a potential to lead if shit goes sideways.

This is his typical starting spot and the typical price tag for him showing up in a winning lobby lineup so I am all over it. I hate him but I like money more.

If you read my post last week I said this dude cant finish a race but I take the beating every week and what happened you ask? He was leading and tried to block cut a LR and finished like 3 laps down or whatever doesnt matter it was exactly what I figured would happen and it will likely happen again but his upside is way to high to fade. So, we will go out with a bang on “johnny wreck ems.”

So, 2018 Robby Lyons finished top 15 here. Thats it thats all I got. Starting 33rd Ill take a few shares to make sure Im there for the party if he pops off but chances are good he will not pay for his value.

Like last week a little close to the front for my liking.

If the equipment stays together the program is way better than 27th.

He couldnt keep the truck under him last week and it was a shame because of his ownership and how much I had him but that means this week people may look elsewhere and thats great. Ill be on him heavy again this week starting 23rd and a nice price of $7,100. He was in the winning lineup for Bristol earlier this year, finished P3.

Great at short tracks and was in winning lineup last week. Decent equipment and the price is right. He fits into the builds nicely so go for it.

KBM equipment makes him a pick in a few but he is starting very close to the front for comfort. This is a big lobby leverage play only.

Not real track history for us to go off of with Tyler but I know the truck and Tyler can be capable of top-15 runs so I will have him in a bit.

Same as last week I will have a few just incase he decides to show up but chances are he will finish about where he starts so you can go elsewhere down here for value.

He worked himself into another winning lineup last week which means he will do it again or hit the wall on lap 13. Be careful with him starting right outside top 10. Truck is fast and capable of a top 10 so is Bayne but he has been hit and miss this year.

Why the hell not? Top 10 last week dude shows up. Starting 14th nobody will have him and I love it. Send a few darts this way.

Re-read AWS right above and repeat.

Just the same as last week Fogelman and the truck are better than a 28th place run but how much better we dont know? Was running decent last week until a late wreck took him out. Ill have a few

Price tag is the only reason why we play this long shot pick. It allows you to stack up top and if he does manage a top 15 youll wish ya made a few.

The name of the game this week is stack a couple final 4 guys and balance build the rest. You should not have to dive deep this week unless going big out of the box for leverage.

This is the final week of racing until Feb so get your rocks off! Let us know how ya did and follow us for more updates on Xfinity and Cup lineups for this weekends races!