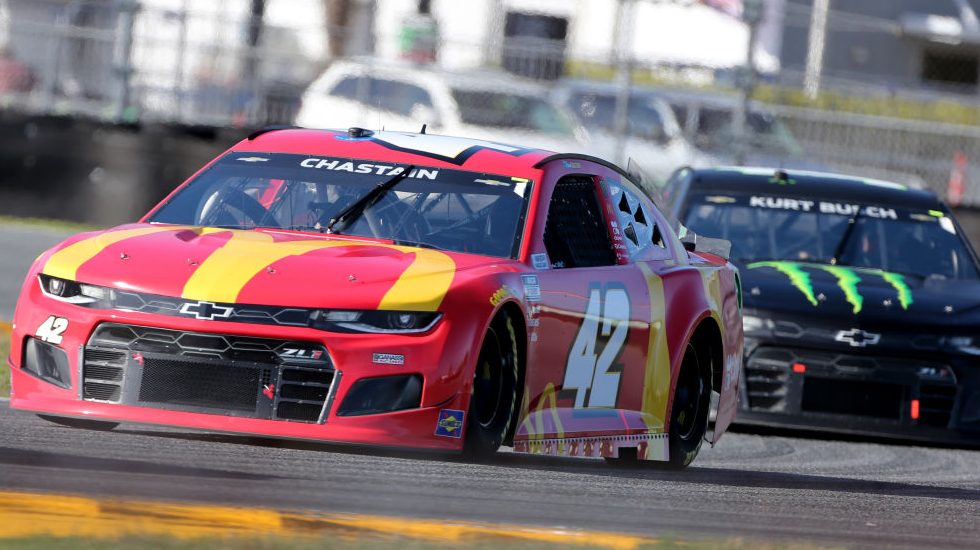 Trackhouse Racing co-owner Justin Marks announced Wednesday that his Trackhouse Entertainment Group has purchased Chip Ganassi Racing’s NASCAR operation.
The deal will be completed following the 2021 Cup season. No financial details of the transaction were revealed.
As part of the purchase, Trackhouse Racing will acquire Chip Ganassi Racing’s two charters and expand to a two-car Cup program in 2022.
Daniel Suarez, who currently drives Trackhouse’s No. 99 Chevrolet, will continue with the organization. The second driver will be named at a later date.
Marks said he has a short list of drivers to consider for the second ride. He said current Ganassi drivers, Kurt Busch and Ross Chastain, would be on that list. Busch is in the final year of his contract with Chip Ganassi Racing.
Marks, who has said he hopes to relocate his team to Nashville, Tennessee, as early as 2023, said that Trackhouse will operate out of Chip Ganassi Racing’s shop in Concord, North Carolina, in 2022.
Ganassi said in a statement: “I can honestly say that my NASCAR team was not for sale. Justin simply came to me with a great offer and an even better vision.”
In a press conference Wednesday at the NASCAR Hall of Fame in Charlotte, North Carolina, Marks said he first talked to Ganassi two months ago and discussions progressed quickly. Marks described his move as “calculated but ambitious.”
The purchase carries some personal emotions for Marks, who told of how Chip Ganassi Racing has been a big part of his life and racing career.
Marks and his father were at the 1996 Laguna Seca Indy-car race where Ganassi driver Alex Zanardi made his famous pass in the “Corkscrew” to win, while Zanardi’s teammate, Jimmy Vasser, clinched the CART championship.
Twenty years later, Marks claimed one of his biggest wins behind the wheel for Ganassi in a rainy NASCAR Xfinity Series race at Mid-Ohio.
Now, Marks will continue to build his own organization on the foundation Ganassi has built.
“Being at this moment right now, it does truly feel like just another part of a great motorsports story,” Marks said. “There’s a lot of work to do for us at Trackhouse, but there’s a lot of enthusiasm to do that work.”

Trackhouse, which holds a technical alliance with Richard Childress Racing, has had a respectable first Cup season. Through 19 races, Suarez is 18th in Cup points. With seven regular season races left, he is 48 points behind Busch for the final playoff position.
Suarez has earned three top-10 and nine top-15 finishes. His best result this season is fourth in March at the Bristol Motor Speedway dirt race.
Chip Ganassi Racing will maintain its current programs in the NTT IndyCar Series, IMSA WeatherTech SportsCar Championship, and Extreme E. Those programs are based in Indianapolis.
Ganassi, who was also at the Hall of Fame for the announcement, emphasized that even though he’ll be stepping away from NASCAR, he was bullish about its future and its influx of new team owners like Trackhouse’s co-owners Marks and musician Pitbull.
“I think it’s on an uptick,” he said. “I look at my 20 years and say, ‘Hey, I’m 63 years old. What am I going to do? Am I going to do this for 10 more years or something?’ I just think we seem to be in a period of time where there’s some movement going on, some new, fresh young blood coming in.
“Like I said, our team wasn’t for sale. I wasn’t planning on selling it. Quite frankly, no one ever offered to buy it in 20 years. I just thought it was something I should listen to. … And I’m not going away from racing. So, I’ll be around.”
Since expanding into NASCAR in 2001, Chip Ganassi Racing has earned 19 Cup race wins. Among them are Jamie McMurray‘s victories in the 2010 Daytona 500 and 2010 Brickyard 400 at Indianapolis Motor Speedway.
Other notable drivers that have competed for the team include Kyle Larson, Juan Pablo Montoya, and Sterling Marlin.