See it: Cars jump and wreck during NASCAR and Indycar Indianapolis races

And you though you parking next to a curb was tricky.Several spectacular crashes were caused by the curbing in Turn Six of the Indianapolis Motor Speedway’s road course during this past weekend’s NASCAR and Indycar races, which saw several vehicles jump completely off the ground.The first occurred during Saturday’s Indycar race, when driver Scott McLaughlin… 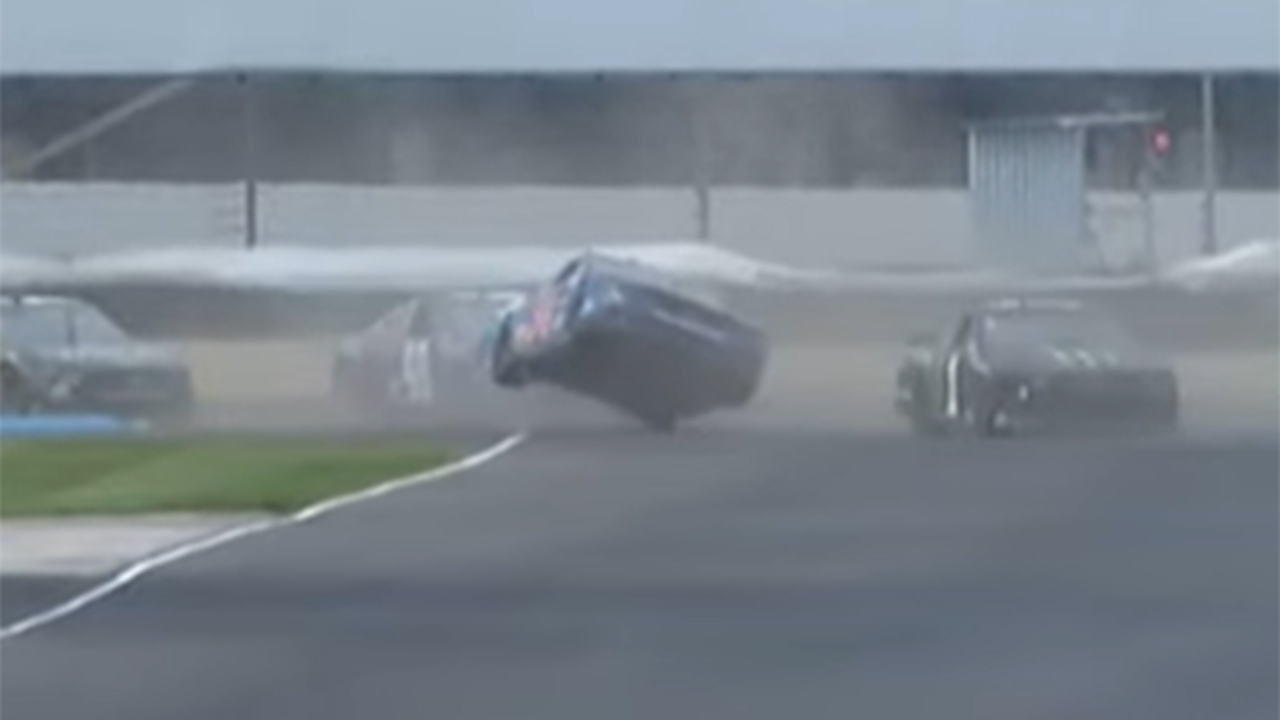 And you though you parking next to a curb was tricky.Several spectacular crashes were caused by the curbing in Turn Six of the Indianapolis Motor Speedway’s road course during this past weekend’s NASCAR and Indycar races, which saw several vehicles jump completely off the ground.The first occurred during Saturday’s Indycar race, when driver Scott McLaughlin drove over a curb positioned perpendicular to the track in the out of bounds area and became completely airborne, nearly smashing into Jimmie Johnson’s car on the landing.Later that day, a half-dozen NASCAR Xfinity cars that went wide on the exit of the turn hit a “turtle” curb that had been placed there to discourage them from using that part of the track and similarly made like aircraft.The turtle was removed before Sunday’s first-ever NASCAR Cup Series race on the road course, but things got even more out of hand, especially after the curb on the inside of the turn separated from the track and began catching the fronts of cars driving over it in the closing laps of the Brickyard 200.Corey LaJoie was the first to fall victim to it when he was forced off the racing line with six laps to go and was launched off all four wheels by the perpendicular curb.A lap later a row of cars had their front splitters ripped off and were sent into spins, with Joey Logano’s Ford’s entire front end getting crumpled by the impact before he slid across the track into the tire barrier.NASCAR then removed the curb to resume the race for its two-lap overtime finish, but left the perpendicular curb, which Michael McDowell hit with two wheels, lifting his car and causing another multi-vehicle crash that stopped the race.The Turn Six curb caused one more accident during the second overtime as Ryan Newman hit it, but the race was able to finish under green with AJ Allmendinger taking the win.Trackhouse Racing driver Daniel Suarez, who’s got caught up in one of the crashes and did not finish the race, admonished his fellow drivers for their “embarrassing” performance.”It was embarrassing the lack of respect on the track today. Literally like dumb kids driving bumper cars. We’re supposed to be professionals and today we showed everything but that,” Suarez wrote on Twitter.Indianapolis Motor Speedway president J. Douglas Boles, who helped with the curb removal on Sunday, said that there was no indication prior to the race that there was an issue with the curbs, which are the same type the track has been using since it was renovated in 2014.Despite the problems, NASCAR’s Vice President of competition, Scott Miller, said the series will likely race on the road course again next year, rather than return to the oval.”This is one of those deals you take a lot of learnings away and can come back and put on a better event, obviously avoiding the problems we had today. But I think we saw some exciting action out there, and I think that the course itself puts on a really good show,” Miller said.
Read More