Not to pull back the curtain too much here, but — and brace yourselves — I have to try really hard some weeks to fill the gaps in these spaces. Yep … looking at you, New Hampshire!That’s, um, not going to be a problem today. “Well, you’re just going to have to weigh the odds for when’s the… 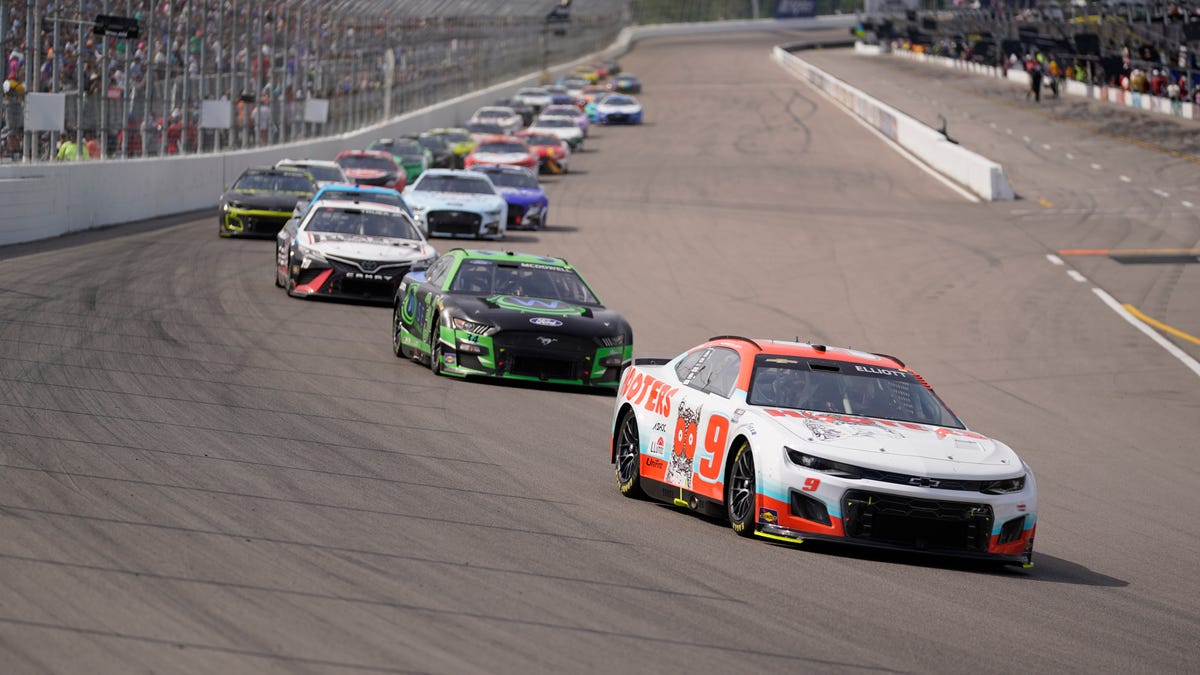 Not to pull back the curtain too much here, but — and brace yourselves — I have to try really hard some weeks to fill the gaps in these spaces. Yep … looking at you, New Hampshire!That’s, um, not going to be a problem today. “Well, you’re just going to have to weigh the odds for when’s the right time to make sure they get the message,” said an ominous Denny Hamlin, fresh off a 34th-place finish thanks to Ross Chastain’s … aggressive … afternoon. “There are no warnings,” Hamlin continued. “It seems like there’s no sense of caution there that says, maybe I’m going too aggressive. That’s his decision to make, but, ultimately, this sport is self-policing. Usually when you least expect it and when it means the most is when it comes back around.”Anyone else feel chilly yet?BUESCHER’S FLIP: Chris Buescher ‘sore’ after wild flip leaves him hanging, NASCAR explains why, Dillon slams doorELLIOTT GOES NUTS: Chase Elliott loses his mind, Logano warns Byron, and Kurt Busch has this ‘rare’ qualityHAMLIN’S WARNING: Hamlin shreds NASCAR over call that could’ve led to ‘lawsuit,’ VP responds, Blaney is richDenny Hamlin, Chase Elliott teach Chastain a lessonAll right, let’s start here …Any time you can make Denny Hamlin and CHASE ELLIOTT join forces, you know you’ve really, really screwed up. Chastain ran Denny into the wall and wrecked Clyde early in Sunday’s race, prompting both to meet him in the hallway between periods and promptly stuff him in a locker. Hamlin made the first move, running Ross all the way to the bottom of the track and nearly into the grass as he tried to make a pass, while Chase responded by running him into the wall on a restart. Just in case Ross still didn’t get the point, Denny then passed him and basically drug him around the track for the next two laps. Ross Chastain: ‘Hope they’re proud’Time to cue the soundbites!Chase, you’re up first. “I’m (expletive) over it. He ran me over going into 3 and he ran me over again,” Elliott radioed. “That kid needs an (expletive) whooping,” said Elliott’s spotter, Eddie D’Hondt. Speaking of the eyes in the sky … here’s Hamlin’s spotter, Chris Lambert, followed by Denny. “The tower just said they think you’ve made your point.””Haha … yeah, right!”OK, Ross … you’re turn. “I hope they’re proud in the tower of our superstars,” he radioed. And finally, my personal favorite from BJ McLeod (yep, we’ve got a BJ McLeod reference this week!) talking about Elliott’s rebuttal against Chastain.  “I’m telling you, straighten him the (expletive) up. I’m not putting up with it,” said NASCAR’s bouncer in the garage (seriously, look him up). Chastain admits fault, Hamlin vows retribution All right, let’s try to put a bow on this before, you know, getting to the actual winner (hey, Joey!). Well, I’ll let Ross do it for me. And, frankly, he throws a wet towel on all the fun. “It was just terrible driving,” a somber Chastain said after the mayhem. “It’s one thing to do it once, but I just kept driving into guys. At this level, I’m supposed to be better than that. I cannot believe I just made so many mistakes back-to-back. It’s one thing for one, but I just absolutely drove over my head today. It’s unacceptable.”I owe half of the field an apology. Words aren’t going to fix it, so I’ll have to pay for it on the track.”Come on, Ross! We don’t admit fault around here. We like poking the bear. I’m sure Denny will surely back off now, right? “It’s good that he takes responsibility, but ultimately it ruined our day,” Hamlin responded. “We all have learned the hard way … (Chastain) will be no different.”Never mind. Sorry, Ross. Joey Logano, Kyle Busch make St. Louis a NASCAR home runOK, Joey. It’s your time to shine, big guy! Take it away. “It doesn’t get much better than that,” Logano said after an intense overtime battle with Kyle Busch. “Racing for the lead like that with Kyle, one of the best. It was a lot of fun. Crossing each other back and forth. I knew it was coming. I’m out of breath … I’m way out of breath here.”I think we all were after that race, which leads me to my next point …World Wide Technology Raceway — Gateway, St. Louis, Madison, whatever you wanna call it — was an absolute home run for NASCAR. Packed house, great racing, drama, more drama, wrecks (not too bad, though), an overtime finish and passes for the lead and, ultimately, the win. Let’s have St. Louis’ own Kenny Wallace take us home. “They used to make a joke … St. Louis is the best flyover town but we don’t wanna land in St. Louis,” Herman said in the Fox booth during the race. “I told you earlier today … they have finally landed.”Off to Sonoma. Good thing road courses don’t lend themselves to easy payback for angry drivers. Buckle up, Ross!
Read More

Long: Humbled Ross Chastain says he drove ‘over my head so many times’
Ross Chastain vs. everyone? | NASCAR’s Backseat Drivers