Roger Penske said he intended to keep Brad Keselowski “for another two to three years” and was surprised Team Penske was unable to keep the No. 2 Ford driver beyond the 2021 NASCAR Cup Series season. In a Zoom news conference Thursday afternoon, Penske told reporters he originally offered a two-year deal during the 2020… 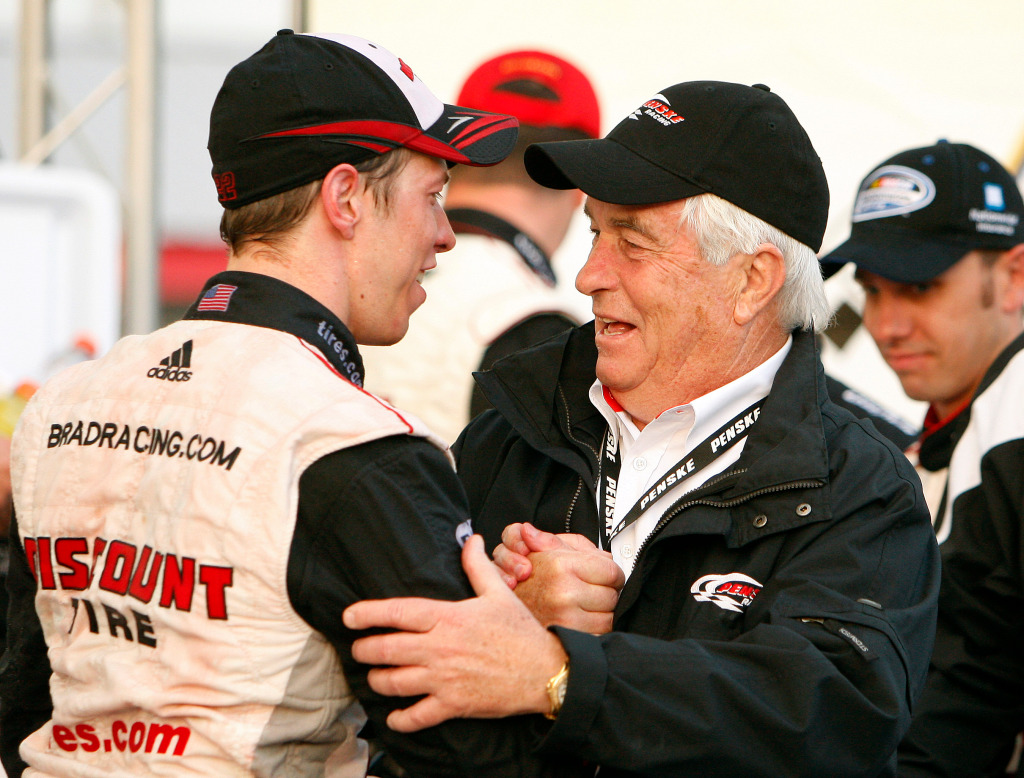 Roger Penske said he intended to keep Brad Keselowski “for another two to three years” and was surprised Team Penske was unable to keep the No. 2 Ford driver beyond the 2021 NASCAR Cup Series season.
In a Zoom news conference Thursday afternoon, Penske told reporters he originally offered a two-year deal during the 2020 season to Keselowski, who instead returned to the team in ’21 by signing his second consecutive one-year contract last August. Negotiations began around Christmas 2020 about extending the 2012 Cup champion beyond this year. Keselowski’s request for ownership resulted in the talks ending, and Penske moving to Austin Cindric, who was announced Thursday as Keselowski’s replacement.
“This was not a disagreement or anything else,” Penske said. “This was a business decision made on both sides fairly and squarely. Quite honestly, Brad will be a friend of the family and team forever.
BRAD SPEAKS: Keselowski’s thoughts on the end of his Team Penske run
“He and I talked about this over the years. There was discussion that long term he’d like to have ownership in the team, but the way we’re structured at Penske Corp. and the subsidiaries we have, it wouldn’t have worked out. He understood that. The final meeting we had, he said he had the opportunity to give him ownership. It was amicable all the way. Brad’s done a hell of a job. He will bring a lot of value to Roush Yates in the future.”
Though it has yet to be announced, Keselowski reportedly has a deal to drive for Roush Fenway Racing that includes an ownership stake.
Penske said he had hoped to re-sign Keselowski, 37, to a three-year deal.
“This wasn’t a shotgun situation,” Penske said. “It was well planned, well managed and we came to the decision. The unfortunate thing is when you make those decisions, it’s early in the season, and then things leak out, and it doesn’t help him, it doesn’t help us. It confuses our fan base, our sponsors and even the media, and it’s one of the reasons we made the decision based on the announcement of Brad that we had to work out how are we going to structure the team in the future. I think we’ve done it as quickly as we can with transparency for everyone.”


On a Zoom, Roger Penske addressing today’s news that @AustinCindric will replace Brad @keselowski in the No. 2 Ford.
“We were not expecting quite honestly that we would not be able to put together a deal with Brad.” Said he wanted to get Keselowski in “for another 2-3 years.” pic.twitter.com/VHXEH67jop
— Nate Ryan (@nateryan) July 15, 2021

With Keselowski having qualified for the playoffs through his victory at Talladega Superspeedway, Penske said the team would remain fully committed to Keselowski being a championship contender and wouldn’t be excluding him from any competition meetings for the rest of the season (as is often the case with drivers in lame-duck seasons).
“We’ve got races to win,” Penske said. “I want to win the championship with him. He’s in the game. We would never do that. He’s part of the team.”
In 12 seasons with Team Penske, Keselowski had 67 victories (34 in Cup, 33 in Xfinity). He brought the team its first NASCAR championship by winning the Xfinity title 2010 and then delivered its first Cup crown two years later.
Brad Keselowski and team owner Roger Penske celebrate in victory lane at Daytona International Speedway after winning the July 2, 2016 race (Sean Gardner/NASCAR via Getty Images).
Penske said he keeps a framed photo in his house of Keselowski in the winner’s circle after the first NASCAR title. Calling the driver “a student of the sport,” Penske credited Keselowski with helping build its Discount Tire sponsorship and said “we’re sorry to see him go.
“He brought tremendous credibility,” Penske said. “He’s the winningest driver we’ve had in the company. He gave us championships and the leadership on the Xfinity side early on. Technically, he really got into the detail. Then he had his own team and learned a little bit about being a team owner and that even made him a better driver.
“I see him as a broad brush across the organization: Sponsorship. Delivered on the racetrack. High integrity guy and helped us maintain the sponsor base. Look at (2011-19 crew chief) Paul Wolfe and the people that he’s worked with, (crew chief) Jeremy (Bullins). These are guys that supported him, and he’s supported their success, too. I look at him as a very broad-based support and asset we’ve had.”