A look at the winners and losers following Sunday’s race at Richmond Raceway…WINNERSDenny Hamlin: Hamlin was in desperate need of a clean race Sunday. After six weeks of mediocre finishes — or worse — Hamlin and crew chief Chris Gabehart executed the perfect strategy to win at Richmond, collecting Hamlin’s first top-10 finish of the year.… 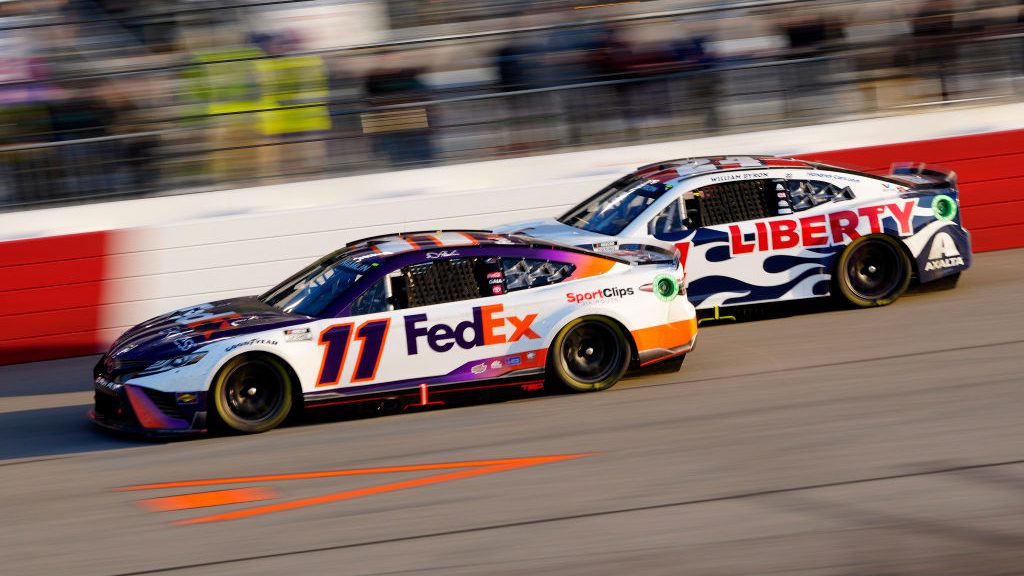 A look at the winners and losers following Sunday’s race at Richmond Raceway…WINNERSDenny Hamlin: Hamlin was in desperate need of a clean race Sunday. After six weeks of mediocre finishes — or worse — Hamlin and crew chief Chris Gabehart executed the perfect strategy to win at Richmond, collecting Hamlin’s first top-10 finish of the year. Until Sunday, the No. 11 team’s best finish had been 13th at Phoenix Raceway, one of only two top 15s. It was a dismal start for Hamlin, who has gone to the Championship 4 round of the playoffs in three of the last four seasons. One week doesn’t erase those poor finishes but winning provides optimism in the short term.Kevin Harvick: Harvick hasn’t had any flashy moments through the first quarter of the regular season, but a second-place finish is a wonderful result for the No. 4 team. The result is Harvick’s first top five of the season and first since finishing third at Kansas in October 2021. The 2014 champion is in the midst of a 50-race winless streak, and Richmond marks his fourth runner-up since last winning at Bristol in September 2020. At Richmond, he and crew chief Rodney Childers capitalized on excellent execution, following a near-identical strategy as Hamlin but pitted one lap sooner. Now the team seeks to build on its positive momentum.Kyle Larson: Crazy as it may sound for someone who won 10 races and a title last year, Larson needed a good run Sunday and got one. His fifth-place finish snapped a streak of three straight finishes of 29th or worse, including two crashes (Atlanta, Circuit of the Americas) and one engine failure (Phoenix). Larson has led just three laps since finishing runner-up at Las Vegas on March 6, but he turned in his first top-five finish at Richmond since winning there in September 2017.Christopher Bell: Bell, like his Joe Gibbs Racing teammate Hamlin, has just needed to avoid mistakes this season. He accomplished that goal for the second week in a row, scoring a sixth-place finish on the heels of finishing third at COTA last time out. Bell led a career-high 63 laps Sunday and was a legitimate contender all day, posting the third-best average running position of the day (5.54). The No. 20 team struggled to start the season, notching four finishes of 23rd or worse in the first five races. But recent consistency may turn Bell in a driver to watch in weeks to come.Austin Dillon: Speaking of consistency, give credit to Dillon and his No. 3 team. He finished 10th for the second consecutive week and posted his fourth finish of 11th or better in seven races, including a runner-up effort at Auto Club. No, Dillon hasn’t been nearly as prominent as young teammate Tyler Reddick, who has led 97 laps this season to Dillon’s one. But the team has strung together respectable finishes and is beginning to make it a habit it will want to sustain.LOSERSKyle Busch: Busch was running in sixth place with 55 laps to go when NASCAR penalized him for tape on the grille of his No. 18 Toyota. After serving the penalty five laps later, Busch rallied to finish ninth, which almost certainly seemed like a win given that the final 137 laps went green. But Busch should have finished higher than he did. Doubly frustrating for his crew chief Ben Beshore was that the tape was mistakenly placed on the grille multiple stops prior. Beshore later sought to speak with NASCAR officials about the timing of the penalty, but those discussions won’t change the final results.Chase Elliott: While each of Elliott’s three Hendrick Motorsports teammates finished inside the top 10, Elliott was nowhere to be found late. A nonfactor while William Byron led a career-best 122 laps, Elliott quietly finished 14th at Richmond. The No. 9 team notched the 10th-best average running position (10.34) and never seemed to be in the mix. The 2020 champion is tied with Ryan Blaney for the series points lead, so the sky is not falling for Elliott or his fans. However, he has just one top-five finish through the season’s first seven races.Joey Logano: Logano spent the first half of the day running well inside the top 10, but problems on pit road plummeted the No. 22 car down the running order. Under the day’s fifth and final caution, Logano entered pit road second but encountered an issue with its jack on the left side of the vehicle. Logano exited the pits 20th and never recovered, finishing the race 17th, the first car one lap down. The result is Logano’s second consecutive finish outside the top 15, following a 31st-place finish after an incident at COTA.Ross Chastain: One week, you’re in the winners’ section; the next, you’re in the losers’. After netting his first career win at COTA last week, Chastain struggled mightily at Richmond. Admittedly, he wasn’t alone as Trackhouse Racing teammate Daniel Suarez didn’t fare much better, but Chastain’s 19th-place finish highlighted how quickly racing fates can change. Chastain’s streak of top-three finishes ends at four, relegating Chastain outside the podium positions for the first time since finishing 29th at Auto Club on Feb. 27.
This sport will humble you quick. 😳
We had a really fast @iFLY / @onxhomes @TeamChevy for 75% of the race. We just didn’t have a good last run or so. If these are our “bad” days, this @TeamTrackhouse will be just fine! pic.twitter.com/yuzMDgf0Pw
— Ross Chastain (@RossChastain) April 4, 2022Kurt Busch: Remember a few weeks ago when Busch had quietly settled into fifth in the point standings with two straight top fives? Life happens fast in the Cup Series, a lesson the 23-year veteran knows all too well. Busch finished 35th, 109 laps down at Richmond after a fuel-pump issue sent him behind the wall after just 11 laps. That followed a 32nd-place finish at COTA after getting caught up in the same accident that took out Larson and Logano. Busch sits 18th in points, dropping five spots Sunday.