A look at the winners and losers from a weekend of racing at Pocono Raceway: WINNERS Kyle Busch – Who would have thought in Sunday’s Cup race that a driver who had to have a crew member climb into his car during pit stop to fix the shifter would be the one to snap Hendrick… 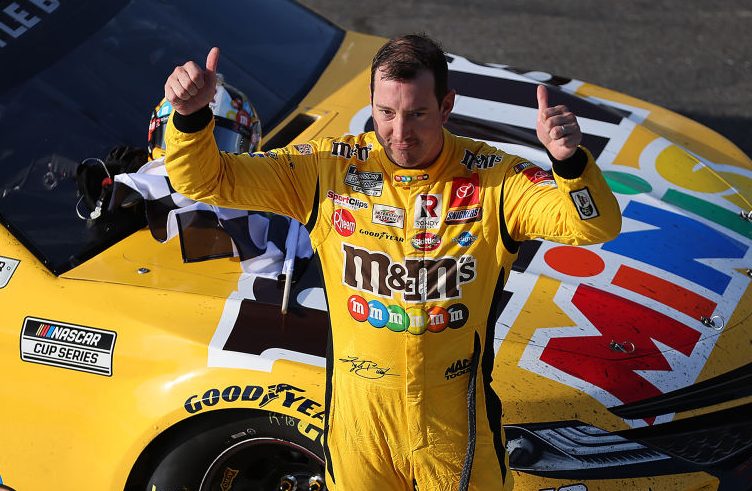 A look at the winners and losers from a weekend of racing at Pocono Raceway:
WINNERS

Kyle Busch – Who would have thought in Sunday’s Cup race that a driver who had to have a crew member climb into his car during pit stop to fix the shifter would be the one to snap Hendrick Motorsports’ winning streak of six consecutive points races? But that’s what Busch did, scoring his second win of the season. Said Busch: “The Hendrick cars were still faster. (Saturday) for sure through the corners. Never really ran with them, raced with them much (Sunday). I guess I did with (William Byron) a little bit when I was stuck behind (Austin Dillon). He couldn’t pass me either. Again today we were pretty quick. Overall this is a good place for us. We like coming here and having good runs.”
Kurt Busch — He finished sixth Saturday and 20th Sunday after running out of fuel, but he moved into the final playoff spot this weekend. He holds a three-point lead on Chris Buescher.
Alex Bowman — Won Saturday’s race and finished seventh Sunday.
Kyle Larson — A day after a blown tire on the last lap led to a ninth-place finish, Larson drove a backup car that suffered nose damage early in Sunday’s race to a second-place finish. He’s placed first or second in seven of the last eight points races.
Bubba Wallace — He scored his first top-10 finish of the season, using fuel strategy to place fifth. The team overcame some damage when Wallace hit the wall in the second stage and rallied for the result with team co-owner Michael Jordan in attendance at Pocono.
Ryan Preece — Finished eighth in a backup. It’s his first top 10 since the Daytona road course in February.
LOSERS
Chase Elliott — He didn’t pit on Lap 94, making a late move to move back up the track. By doing so, NASCAR stated he did not maintain his speed under caution. Instead of restarting as the leader, he was put behind Christopher Bell and lost control of the race. Shortly after the restart, contact between Bell and Elliott forced both to pit. Elliott had to pit twice for tires going down because of damage from the contact. Elliott finished 27th.
Ross Chastain — Rough weekend for him. He finished 33rd Saturday and was 26th Sunday, ruining his momentum. He had three top 10s in the four points races before the Pocono doubleheader weekend.
Denny Hamlin — Ran out of fuel while leading and had to pit at the end of Sunday’s race. He finished 14th. It was the third time in the last four races that he’s had to pit just before the finish. Twice he had to pit for fuel and once, in the NASCAR All-Star Race, to tighten lug nuts. He lamented to NBC Sports: “I hate seeing the white and coming to pit road.”