Pitbull, Trackhouse Racing set to trigger a ‘revolution’ in NASCAR

Pitbull aspires to win NASCAR races as co-owner of Trackhouse Racing, but the superstar entertainer is focused on a larger goal for the sport. “This is a movement,” the Cuban-American said Tuesday of having a more diverse audience for NASCAR. “This is a revolution … taking the sport and creating a culture.” Pitbull – real… 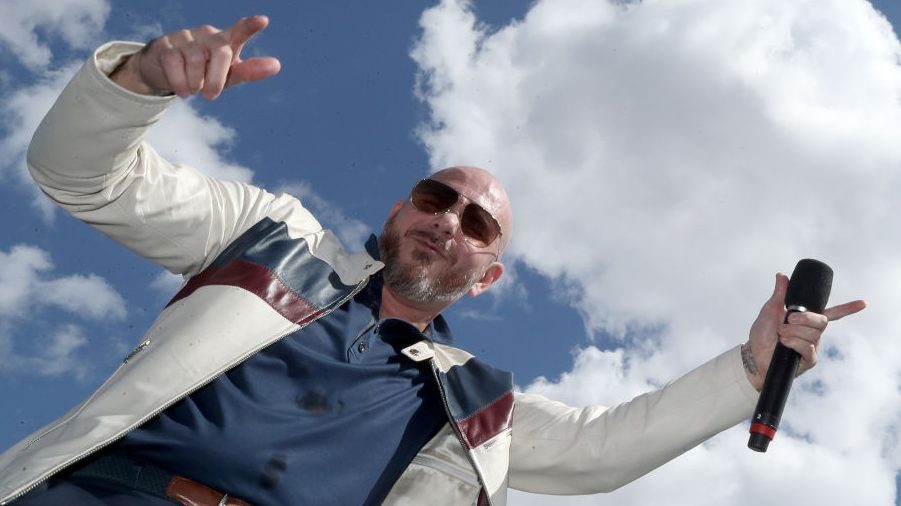 Pitbull aspires to win NASCAR races as co-owner of Trackhouse Racing, but the superstar entertainer is focused on a larger goal for the sport.
“This is a movement,” the Cuban-American said Tuesday of having a more diverse audience for NASCAR. “This is a revolution … taking the sport and creating a culture.”
Pitbull – real name Armando Christian Perez – is the second worldwide figure in the last six months to become a team owner, joining NBA legend Michael Jordan in the sport.
Jordan is the co-owner with Denny Hamlin at 23XI Racing. Jordan, a longtime NASCAR fan, said last year that he hopes to create more opportunities for Black people in racing.
Bubba Wallace, who will drive for Jordan’s team, is excited about Pitbull’s entrance in NASCAR.
“It shows other minorities ‘Hey, if these guys are investing, then why can’t we?’ And continue to grow our sport,” Wallace said Tuesday. “That’s what we need. It’s all about exposure, reaching out to the right people. … We’re changing the game with everything that happened last year.
“I think we’ve put NASCAR on the map in a lot of new areas. A lot of new fans looking to tune in this year, which is great for all of us. We just need to keep the ball rolling.”
Pitbull shooting a video at during the NASCAR weekend in March 2020 at Phoenix Raceway. (Photo by Christian Petersen/Getty Images)
That’s what Pitbull wants to do with co-owner Justin Marks and driver Daniel Suarez with the first-year Cup team.
“It’s all about creating awareness,” Pitbull said. “The same way that music is the universal language, I also see NASCAR as the universal language because everybody loves a fast car and a great story.”
Pitbull notes his rise from humble beginnings. He also points to Suarez’s story of coming from Mexico and becoming the first foreign-born champion in a NASCAR national series when he won the 2016 Xfinity Series title.
“It’s about letting everyone know no matter what in life, if you focus, you work hard for it, you can achieve it,” Pitbull said. “That’s my story and Daniel’s story. That’s why we appreciate Justin and Ty (Norris, a team executive) investing in us as far as believing in us. And we’re here to win and show everybody in the world how to bring everybody together through NASCAR and Trackhouse.”
Pitbull’s reach goes with his “Mr. Worldwide” moniker.
The Grammy award-winner’s social media reach is immense. More than 53 million people have liked his Facebook page. He has 25.5 million followers on Twitter. His Youtube page has 14.2 million subscribers. He has 8.2 million followers on Instagram.
His social media accounts are likely to feature more NASCAR soon. Pitbull will serve as the grand marshal for the Feb. 14 Daytona 500. That follows the music video he did before last year’s Xfinity and Cup season finales at Phoenix Raceway on NBCSN and NBC.
Pitbull said the movie “Days of Thunder” interested him in NASCAR. He was attracted to Trackhouse Racing because of Marks’ plan to promote STEM (science, technology, engineering and mathematics) education.


In 2015, Pitbull started the SLAM Foundation, a non-profit educational organization representing 12 public charter K-12 schools throughout the country.
“We have a responsibility as people, we have a responsibility as companies in America to make sure not only are we building a successful enterprise, but we’re building something to empower the next generation of people and we’re leaving a legacy,” Marks said.
“I think that’s so consistent with what’s important to Armando. The partnership makes sense. I think there’s so much opportunity for us in the future.”
Said Pitbull: “It just makes sense, because we’re all here for one reason and one reason only. To create awareness – clearly for NASCAR, clearly for Trackhouse – but more than anything, to show this brings people together.
“If there’s anything we need in these times right now, it’s something that unites people, not divides people. That’s what we’re here to do with this platform, (this) opportunity.”