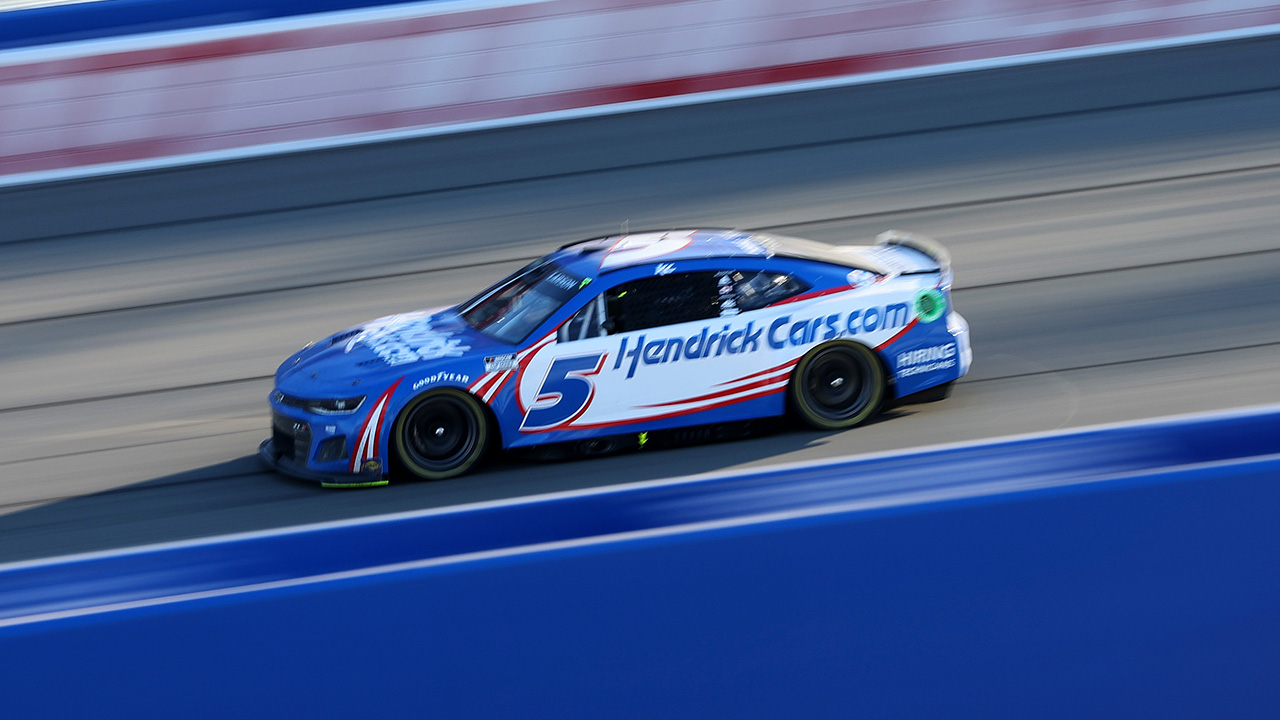 NEWYou can now listen to Fox News articles!
Hendrick Motorsports driver Kyle Larson and his teammates will be racing for a cause at Sunday’s NASCAR Cup Series event in Las Vegas.
Kyle Larson’s Team Hendrick Chevrolet will support the Samaritan’s Purse disaster relief efforts in Ukraine at the Las Vegas NASCAR Cup Series race.
(James Gilbert/Getty Images)Team owner Rick Hendrick has announced that he is donating $200,000 to the Samaritan’s Purse disaster relief efforts in Ukraine and will add $2,000 for every lap one of the team’s four cars leads during the race.”Like the rest of the world, our family has watched the worsening crisis in Ukraine with shock and sadness,” Hendrick said “We’ve been especially struck by the needless suffering inflicted on innocent children.”Larson’s #5 Chevrolet will also feature a Samaritan’s Purse logo to help promote its efforts. Hendrick cars led 150 laps at the 2021 edition of the race, which was won by Larson.”We hope to encourage others to support Ukraine, whether it be through Samaritan’s Purse or one of the other organizations providing critical humanitarian relief,” Hendrick said. “We cannot ignore the disaster that is unfolding.”
Larson won the race at Las Vegas last March.
(Will Lester/Icon Sportswire via Getty Images)According to Fox Sports reporter Bob Pockrass, NASCAR is allowing teams to show support for Ukraine on their cars, but the wording/context must be approved by the series.CLICK HERE TO GET THE FOX NEWS APPRichard Childress Racing team owner Richard Childress on Wednesday pledged to donate one million rounds of ammunition to the armed forces of Ukraine, but has not said if his team’s cars will feature any messaging related to it at Las Vegas.This story has been updated to clarify laps led by all four of the Hendrick Motorsports cars will count toward the bonus
Read More