Citing flood warnings and persistent rain, Bristol Motor Speedway officials postponed the most anticipated race of the season Sunday — an audacious attempt to stage a NASCAR Cup Series race on a concrete oval coated with tons of red clay — three hours before its scheduled start.With torrential rain flooding parking lots and rendering the… 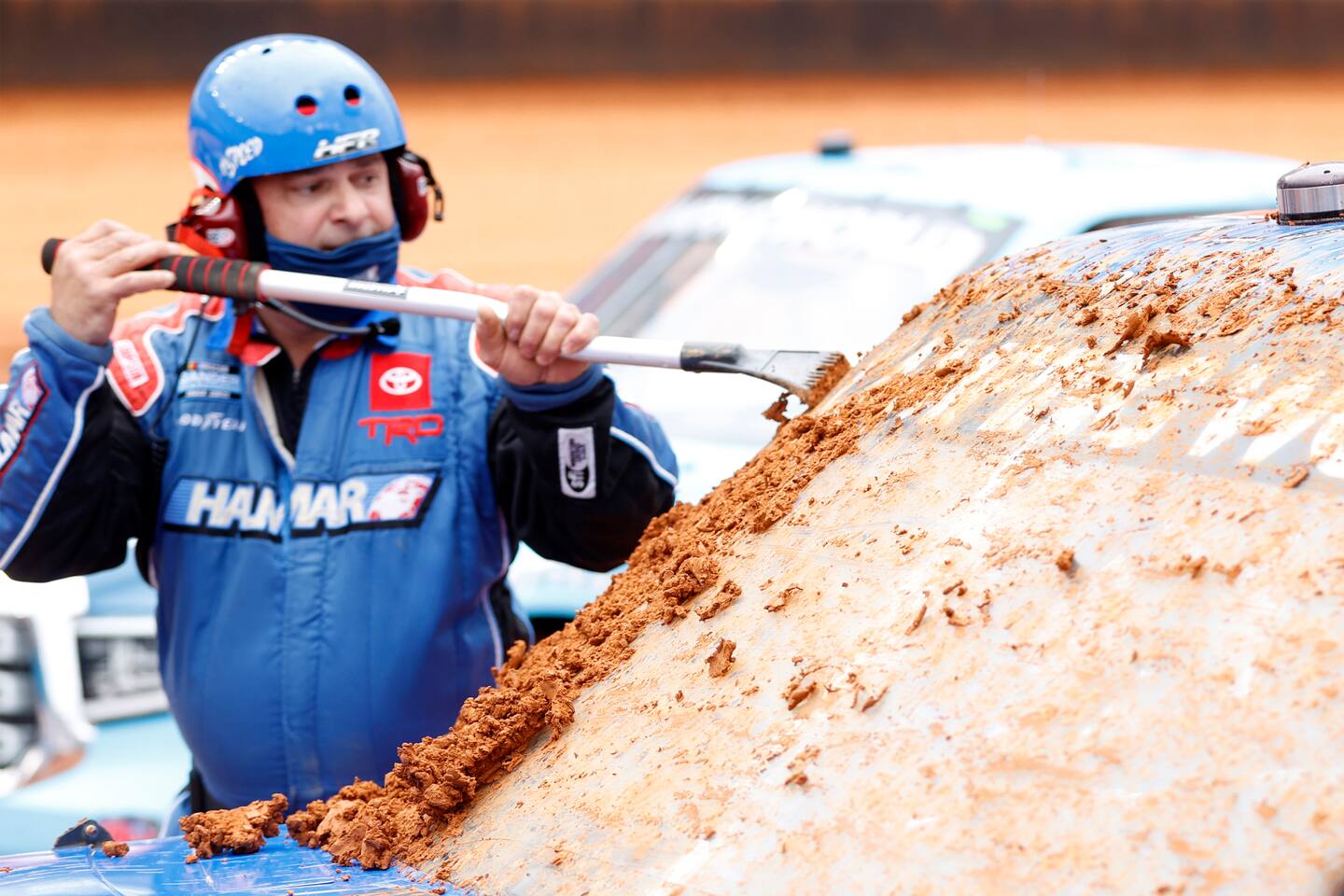 Citing flood warnings and persistent rain, Bristol Motor Speedway officials postponed the most anticipated race of the season Sunday — an audacious attempt to stage a NASCAR Cup Series race on a concrete oval coated with tons of red clay — three hours before its scheduled start.With torrential rain flooding parking lots and rendering the high-banked surface un-raceable, the Food City Dirt Race was rescheduled for 4 p.m. Monday — after sunny skies in the forecast ideally will enable track officials to remediate the damage.Assuming the 250-lap event can be staged Monday, it will be the first race on dirt for NASCAR’s top series in 51 years.The idea of reviving NASCAR’s dirt-track past for one race on the 36-race Cup schedule was driven by twin marketing goals: to rekindle ties with traditional fans who feel stock-car racing has abandoned its past and to connect with younger fans by staging a wild, messy show full of unknowns.No one can control springtime weather in northeastern Tennessee, where the towering grandstands of Bristol, which hosted sellout crowds of 150,000 in NASCAR’s heyday, loom over rolling, rural hills.But there will be plenty of second-guessing about the way NASCAR and Bristol executives went about adding the first dirt-track race to the schedule since 1970. Among the questions:Are Bristol’s high banks, which were reduced from 30 degrees in the corners to 19 degrees during the transformation to dirt, still too steep to properly pack a temporary surface?Is the compound of Goodyear tires mandated for the event hard enough for the abrasive dirt surface?Was the clay trucked in to create the surface — 23,000 cubic yards of it — sufficiently hard-packed to withstand the damage inflicted by stock cars that are far heavier than purpose-built dirt cars?Above all, was it wise to insist on building a temporary dirt track atop Bristol’s .533-mile concrete oval, rather than stage the novelty event at one of the storied, purpose-built dirt tracks in the heartland, such as Eldora Speedway in Ohio, where the thick dirt surface has been packed in over decades?There were indications of trouble before Saturday’s rain arrived. On Friday afternoon, NASCAR’s 3,400-pound Cup cars held two practice sessions on the track. Instead of gliding over the groomed racing surface, the tires cut deep ruts in sections of the track, suggesting that Bristol executives had overestimated the ability of their temporary dirt track to withstand the force of hulking stock cars built for pavement.Saturday’s rain proved calamitous.After one qualifying lap for a NASCAR Truck Series race to be staged that evening, drivers’ windshields were so coated in mud that they couldn’t see. The truck race was called off.NASCAR also pulled the plug on the four short qualifying heats for Cup cars, drawn in groups of 10, that were supposed to determine the starting order for Sunday’s race.Bristol awoke Sunday to flood warnings. Parking lots outside the track had turned to lakes overnight, with ducks paddling past motor homes. Shortly after noon, Bristol announced that the Cup race, scheduled for 3:30 p.m., instead would be held at 4 p.m. Monday. It will be preceded by the truck race at noon.Any recrimination about planning and practicality will have to wait. On Sunday, NASCAR was in salvage mode, focused on remediating the track by filling in the ruts, packing down the clay and smoothing it over for Monday’s races once the rain moves off.Read more:
Read More