NASCAR’s Clash at the LA Coliseum Threw Out All Tradition. It Worked

The racing had a 50-50 chance of being a disaster. Luckily, it was incredible. AFP via Getty Images Since its heyday 20 years ago, NASCAR’s been as predictable as a federal holiday calendar: The same cars and drivers visit the same tracks, often in the same order, every year. Aside from new championship and race… 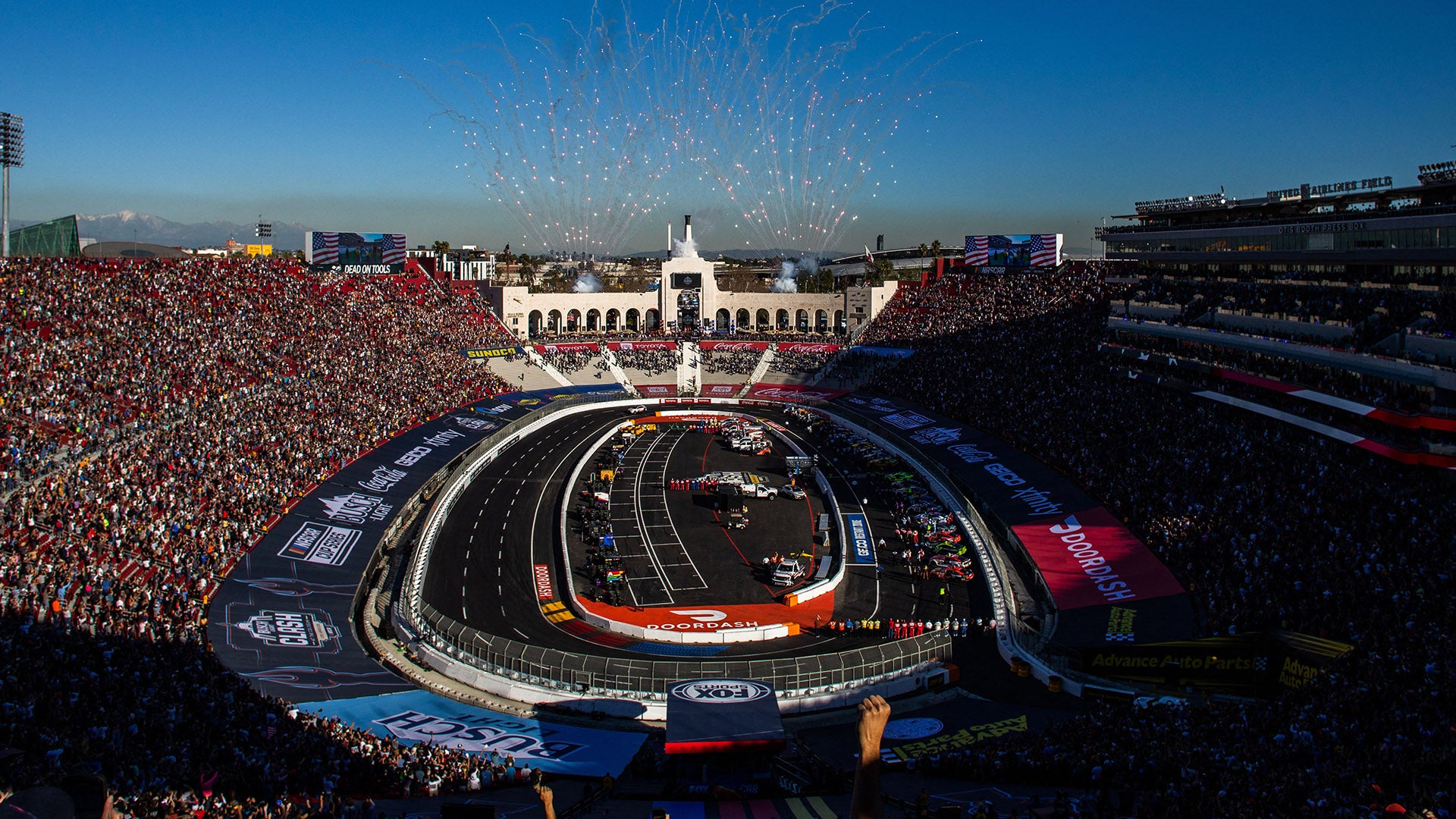 The racing had a 50-50 chance of being a disaster. Luckily, it was incredible.

Since its heyday 20 years ago, NASCAR’s been as predictable as a federal holiday calendar: The same cars and drivers visit the same tracks, often in the same order, every year. Aside from new championship and race formats—things only hardcore fans pay attention to—few things have changed. But routine only gets you so far, especially once the novelty wears off. That’s why seeing NASCAR thunder beneath Los Angeles Memorial Coliseum’s iconic archways on Sunday was such a historic step toward its future.

The Beauty in StrangenessWhen NASCAR first announced the “Clash at the Coliseum” last year, it seemed like an odd waste of time and resources. The Clash, typically a non-points exhibition race to open the top-level Cup Series season at Daytona International Speedway in Florida, would move across the country to race deep within Los Angeles at the University of Southern California’s home football stadium. NASCAR would pave over the field for a two-day racing event featuring its new, previously unraced “Next Gen” Cup Series cars, only to dig up the track and return the Coliseum to normal immediately afterward. The race not only marked NASCAR’s move into a city center—a rare sight for a sport whose venues often sit on the outskirts of town—but also its return to its short-track roots. At half the size of Martinsville Speedway, the smallest track on the NASCAR Cup Series calendar, the quarter-mile LA Coliseum would be the shortest NASCAR track in the modern era.

The lineup for the Clash would be decided by qualifying, heats, and last-change elimination races, chopping the field from 36 cars down to 23. The remaining drivers would run a 150-lap feature race: 37.5 miles total, with a halfway break featuring an Ice Cube concert. NASCAR broke from its normal rulebook for entertainment purposes and said it wouldn’t end the Clash under caution, preparing to make unlimited attempts at finishing under green-flag conditions if a late yellow flag came out. But the rule ultimately wasn’t needed: Joey Logano raced to a clean but entertaining victory over Kyle Busch in the main show. The whole idea of the Clash was strange, but that was the beauty of it. The closer the date got, the more exciting it became—dark, fresh asphalt began to fill the Coliseum, with stark white lines marking the track’s three lanes. A safety fence went up around the outside of the oval, and a thin white wall circled its “infield.”

Unlike a normal infield that houses haulers, medical centers, garage stalls, and other buildings, the Coliseum only had room for a few parking spots with white outlines. The cars would mostly be serviced in a parking lot down the road, and they’d drive on a closed-off LA street to get from their “garages” to the stadium. It WorkedThe finished track at the Coliseum was a stunning blend of old and new. The stadium’s large, old-style archways and burning Olympic torch framed a brand-new racing surface, while NASCAR’s return to short-track racing simultaneously marked its step toward the future: both with a new era of race car and a new embrace of younger, more city-oriented fans. Perhaps the focus on the latter will stick around. But the Clash wasn’t just architecturally beautiful. The racing, which had a 50-50 chance of being a shit show, was incredible. With only 23 spots in the final and 36 drivers on the entry list—a format that’s hard to justify during a points-paying NASCAR race due to championship implications and airtime for sponsors—there was a sense of urgency to make the show. Drivers ran through, against, and over each other to qualify. One example was Ty Dillon, the driver of the green No. 42 car, who made an enemy of everyone trying to avoid elimination, only to initially make the main show then get disqualified for accelerating early on a late restart.

Even the logistics of the Clash were entertaining. When drivers had wrecks or mechanical failures during a race or track session, they sometimes couldn’t go to the garage due to the cars circling around them. Denny Hamlin and Tyler Reddick, sidelined from the main show for mechanical issues, got stuck in the infield after their cars gave out. They finally got to leave on foot when the Clash took a break for halftime and Ice Cube began performing “Check Yo Self” in the background.

Ryan Blaney, who wrecked during the feature race and described fellow driver Erik Jones as trying to “destroy [him] for seventh” place, ran past his post-wreck television interview to throw his HANS—a mandatory head- and neck-protection device—at Jones as he drove by on track. Blaney soon returned to the race, presumably wearing the same HANS device he’d thrown at Jones a few laps earlier.

Unproven But Not a DisasterThe Clash at the Coliseum was an unproven and expensive concept, and it could have either been a disaster—what if the Next-Gen car wasn’t ready for such a big showing? what if there were constant cautions? what if every wreck turned this tiny track into a parking lot?—or a thing of beauty. Luckily, it was the latter.The race lent itself to short, intense bursts of action and bizarre entertainment breaks, whether they be performances by Ice Cube, Pitbull, or a group of dancers clad in checkered-flag uniforms. As the crowd filled in throughout the day and nearly packed the LA Coliseum—either for the racing or the entertainers—NASCAR’s test of whether it could reach new audiences by visiting temporary urban venues instead of just its hulking, purpose-built facilities succeeded. The Clash didn’t feel like a typical NASCAR race because NASCAR didn’t want it to feel like a typical NASCAR race. NASCAR wanted it to feel like a show—a show of both what the organization was founded on and what its future holds.

If the Clash was any testament to that future, it should be a good one.Alanis King is an editor at Business Insider, and she previously worked as a staff writer and editor at Jalopnik. She likes cats and bad chain restaurants, and her book about the Rich Energy Haas F1 team will be out in 2022. Got a tip? Email [email protected]