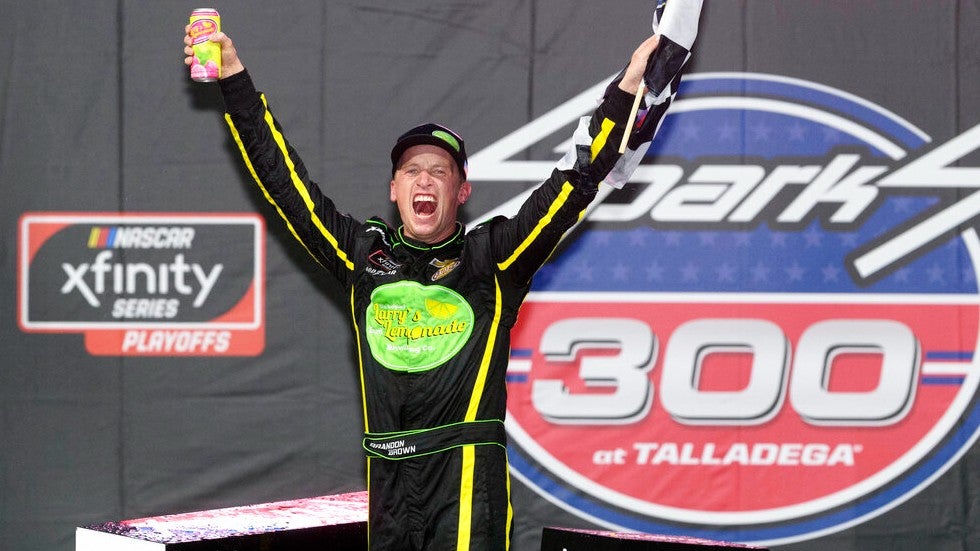 NASCAR driver Brandon Brown, the unwitting namesake of the anti-President BidenJoe BidenFDA authorizes second at-home rapid COVID-19 test Pentagon awards 6.7M contract for domestic production of material critical for rapid COVID-19 tests Armed man with ‘hit list’ including Biden, Fauci arrested in Iowa on way to White House MORE rallying cry “Let’s Go Brandon,” is set to be sponsored by LGBcoin for his 2022 season.Brown announced the partnership with LGBcoin — a cryptocurrency “meme coin” playing off the “Let’s Go Brandon” catchphrase — in a tweet on Thursday. — Brandon Brown (@brandonbrown_68) December 30, 2021Brown recently told the New York Times that he had “zero desire to be involved in politics,” adding: “Our whole navigation is, you want to appeal to everybody, because, all in all, everybody is a consumer.”A press release announcing the sponsorship deal claimed it will promote “positivity and unity, grounded in a strong belief of the American dream,” according to a press release.“We are proud to support Brandon this season, to help him continue his American dream,” James Koutoulas, an LGBcoin investor and founder of Typhoon Capital Management, said in the release. “If we do our job right, when you think of us, and you hear, ‘Let’s Go Brandon,’ you’ll think and feel, ‘Let’s Go America.’”Can’t believe two month old @LGBcoin_io is the lead sponsor for American icon @brandonbrown_68 , but here we are! #letsgobrandon #letsgoamerica https://t.co/N7blET5m5b pic.twitter.com/cYRiUODsF6— James Koutoulas (@jameskoutoulas) December 30, 2021The “Let’s go, Brandon” chant was born in October after Brown won his first Xfinity Series race at Talladega. Fans at the event were heard yelling “F— Joe Biden” in the background of a post-race interview; however, NBC Sports reporter Kelli Stavast said they were chanting “Let’s go, Brandon.”The chant has since become a wry rallying cry for critics of Biden.Earlier this month, a father called into a holiday special and repeated the slogan to Biden and first lady Jill BidenJill BidenMan who told Biden ‘let’s go Brandon’ goes on Bannon’s podcast, touts Trump Bidens: Desmond Tutu’s legacy will ‘echo throughout the ages’ Oregon father who told Biden ‘let’s go Brandon’ said comment was in ‘jest’ MORE after wishing them a Merry Christmas.