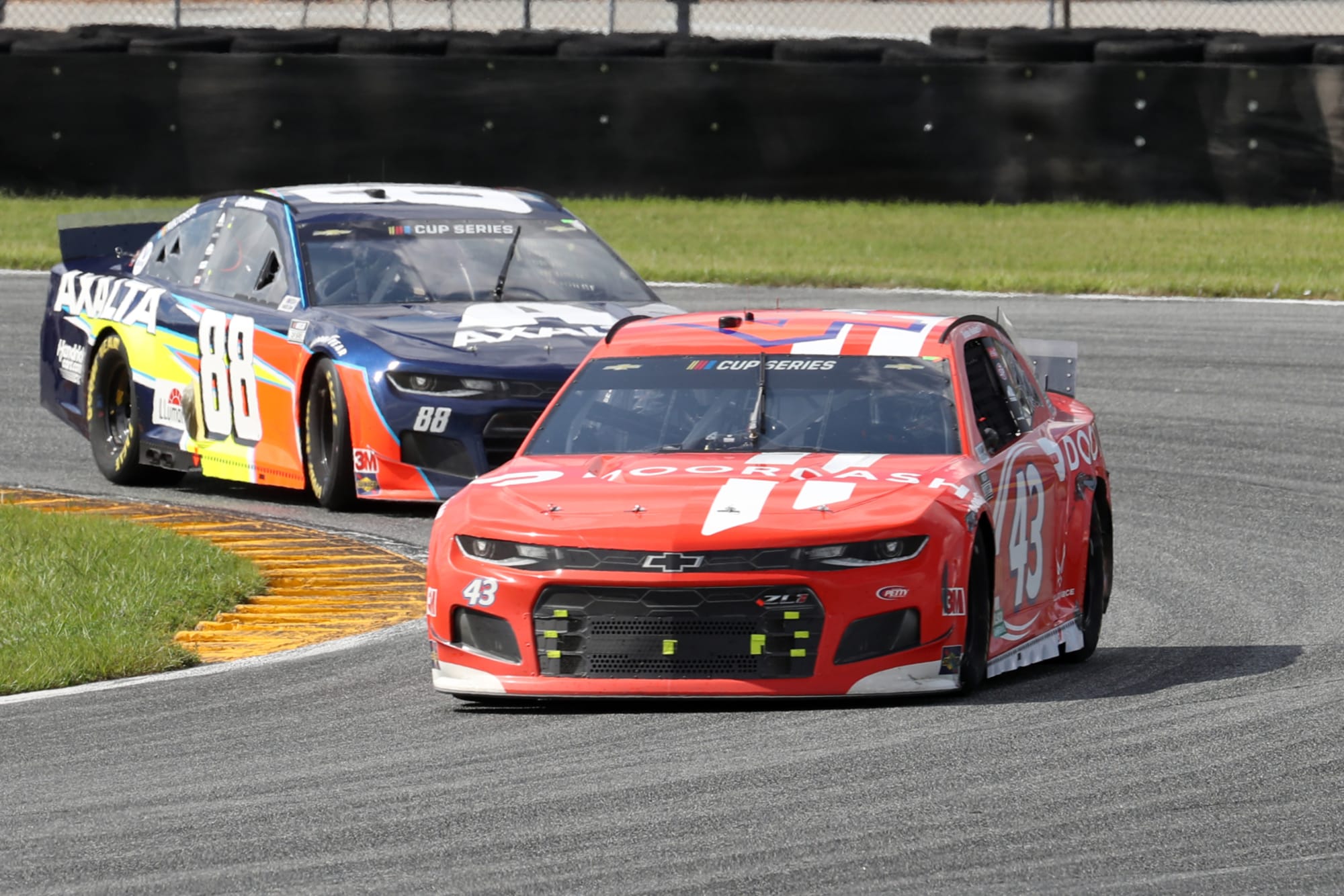 Bubba Wallace, Richard Petty Motorsports, and Alex Bowman, Hendrick Motorsports, NASCAR (Photo by Chris Graythen/Getty Images) Use your ← → (arrows) to browseReed Sorenson, Spire Motorsports, NASCAR – Mandatory Credit: Brynn Anderson/Pool Photo via USA TODAY NetworkWhile many confirmations regarding the 2021 NASCAR Cup Series driver lineup have already been made, there are still quite a few seats without drivers. Here are the top five.Many seats that did not enter the 2020 NASCAR Cup Series season with drivers under contract for 2021 now have drivers under contract for next year.But there are still a few seats that don’t yet have any drivers under contract for the 2021 Cup Series season. Here are the top five.Top open seats for 2021: No. 5 – #77 Spire Motorsports ChevroletThe #77 Spire Motorsports Chevrolet is the only car on this list which was not driven by a full-time driver in the 2020 season, but Spire Motorsports, which have partnerships with both Chip Ganassi Racing and Hendrick Motorsports, have acquired multiple charters for next year, and the plan is to run at least one full-time driver.The #77 Chevrolet is the team’s only current car, and if they do end up with at least one full-time driver next year, the #77 Chevrolet would likely be the first destination for whoever is tabbed as the team’s first ever full-time competitor.Nine different drivers piloted the #77 Chevrolet in the 2020 season. Those nine drivers were Ross Chastain, Reed Sorenson, J.J. Yeley, Garrett Smithley, B.J. McLeod, James Davison, Josh Bilicki, Stanton Barrett and Justin Haley.Several of those drivers are already out of the running to potentially drive the #77 Chevrolet full-time next year, and those who aren’t officially out likely won’t move from part-time to full-time. Five of them also competed for Rick Ware Racing this past season part-time as well, so that likely won’t change unless they stop competing altogether.Corey LaJoie, who currently competes behind the wheel of the #32 Ford for Go Fas Racing but will not be doing so next year, is seen as the top option here.Use your ← → (arrows) to browse
Read More