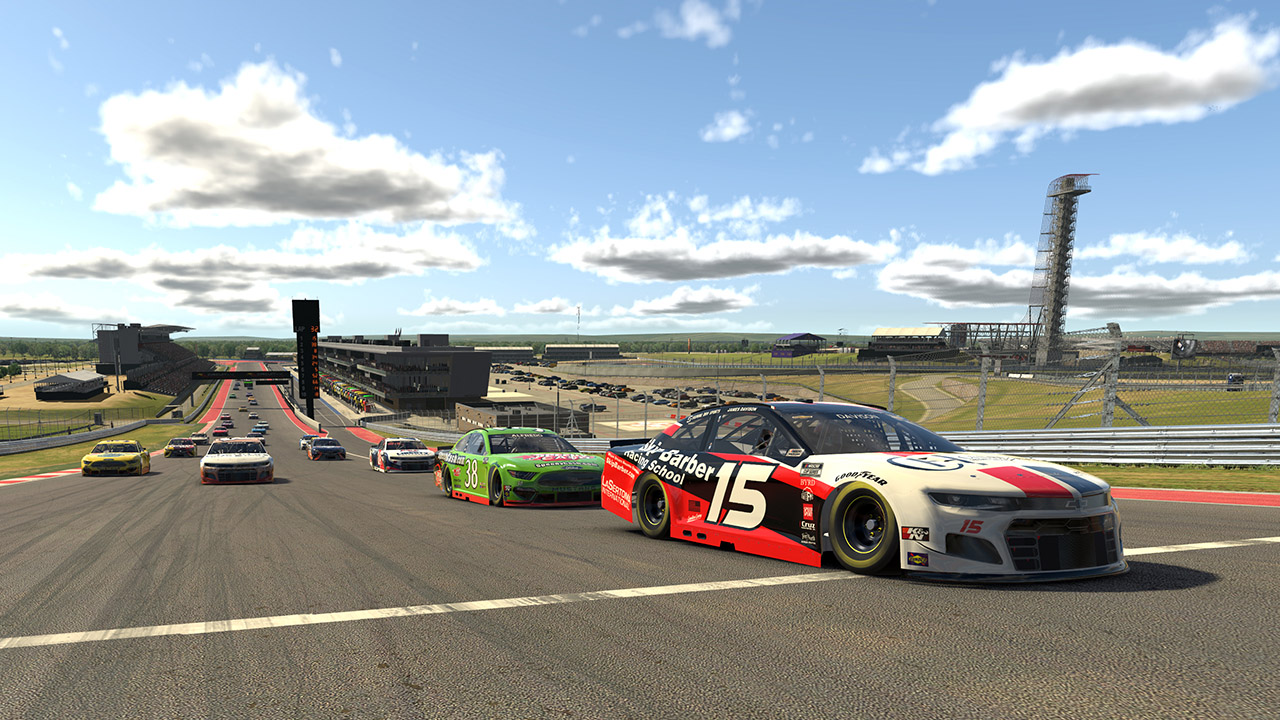 NASCAR NextGen Cup Series cars revealedNASCAR Sr. V.P. of Racing Innovation John Probst joins Fox News Autos Editor Gary Gastelu in The Fox Garage to talk about the NASCAR NextGen Cup Series car that’s set to debut at Daytona next February.NASCAR is taking a right turn in Texas. Several of them.
An eNASCAR iRacing Pro Invitational Series race was held on a virtual Circuit of The Americas on May 19.
(Chris Graythen/Getty Images)The Cup Series will hold its first race at the Circuit of the Americas road course in Austin on Sunday, May 23, on the same track used by Formula One.It’s one of seven road course-style races on the circuit this year in a big departure from its traditional oval track schedule.

(NASCAR)The 3.41-mile-long track is comprised of 20 turns including nine right ones and an elevation change of 133 feet.Chase Elliott, Martin Truex Jr. and Brad Keselowski took part in a test session in March to see how the Chevy, Toyota and Ford cars would handle the track.”The track’s fun, you know, it has a lot of character to it, Elliott said after the test.”I feel like it’s really be a steep learning curve for me just trying to piece together all the different parts of the track.NASCAR’S NEXT GENERATION CUP CAR REVEALED: HERE’S WHAT’S CHANGEDKeselowski highlighted the first turn, which is a sharp hairpin located at the top of a hill at the end of the pit straight.”Turn 1 is designed as though a fan said ‘how can I have the most calamity in that corner at the start,” he said.”It’s uphill, it encourages a driver to try to out-brake another driver, which is big on a restart or a start because all the cars are already so close together.”CLICK HERE TO GET THE FOX NEWS APPAccording to Fox Bet, Elliott, who has five road course victories to his hame is the odds-on favorite to win, followed by four-time winner Truex and current points leader Denny Hamlin.However, Elliott finished last behind Keselowski in the eNASCAR iRacing Pro Invitational race held on a virtual version of the track Wed, May 19,  that was won by Australian driver James Davison.Fans can tune in Sunday, May 23 at 2:30 p.m. ET to FS1 to catch the Cup Series race. Those with a participating TV provider can also watch the race online and on smart devices using the FOX Sports app.The Camping World Truck Series and Xfinity Series will also compete at the venue on Saturday, with the races broadcast on FS1 starting at 1:00 p.m. ET.
Read More