There is no denying that Indianapolis Motor Speedway will forever be hallowed ground. It is a famed facility and full of glory. But this week, as stock cars come off the oval and onto its road course, the question is whether it is still a NASCAR crown jewel event. “For my opinion and my perception,… 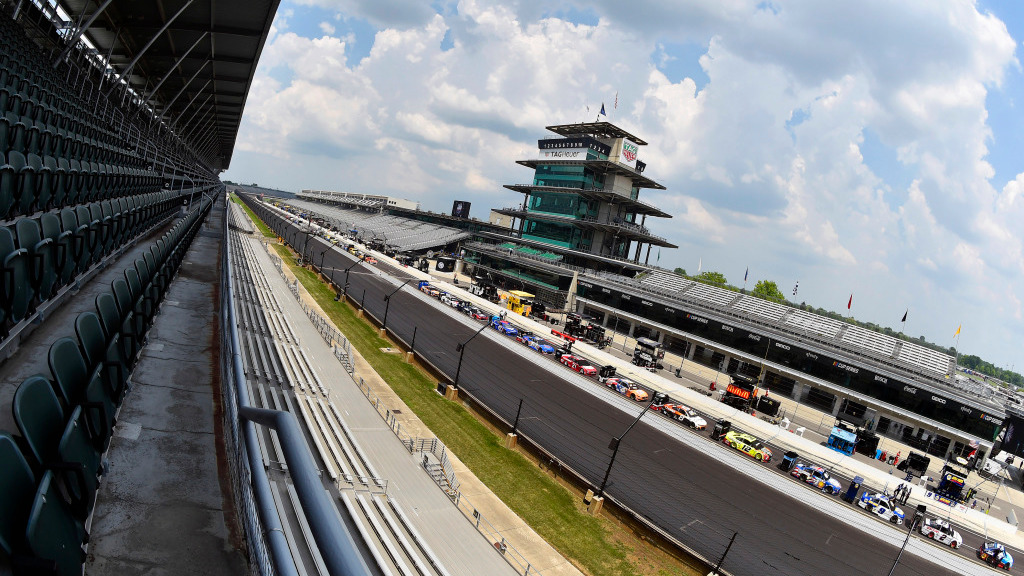 There is no denying that Indianapolis Motor Speedway will forever be hallowed ground. It is a famed facility and full of glory. But this week, as stock cars come off the oval and onto its road course, the question is whether it is still a NASCAR crown jewel event.
“For my opinion and my perception, I don’t view it as Indy, no,” Kyle Busch said. “Indy is the oval. That’s what makes the allure of Indy, and that’s the prestige of the place and being around since 1900. It’s been there forever; it has a lot of history there. Spin and win with [Danny] Sullivan and [Rick] Mears and A.J. Foyt and the Unser story and all that stuff for years.
“The Andretti story — all of that is IndyCar obviously, but then it all started [for stock cars] in 1994 with NASCAR going there and Jeff Gordon winning five times and Earnhardt winning and Dale Jarrett winning, Bobby Labonte winning. It’s like the ‘who’s who’ has won the Brickyard 400. I don’t foresee that being the same allure, being on the road course.”
Busch won the Brickyard 400 in back-to-back years, 2015 and ’16. The tradition of kissing the bricks started in 1996 with Dale Jarrett’s winning team from Robert Yates Racing. Now, winners from the Xfinity Series — which started running at Indy in 2012 and switched to the road course last year — and the Cup Series all partake in the activity.
Sunday’s inaugural Cup Series race on the road course (1 p.m. ET, NBC) will not carry the Brickyard 400 name. Entitlement sponsorship from Verizon creates a new moniker: the Verizon 200 at the Brickyard.
The four races considered NASCAR’s crown jewel events are the Daytona 500, Coca-Cola 600 at Charlotte, Southern 500 at Darlington, and Indianapolis.


“If I’m being honest, I’m sad about it,” Aric Almirola said. “I think racing on the oval was so cool, just because I was a kid and went and watched an Indy 500 back in the late ’90s. It was a special place and to race on the oval was just special. I mean, you think about the history of that racetrack and the people that have run around that rectangular racetrack and crossed that yard of bricks and all those things, and all the races that went on before you dating back to the early 1900s, it’s just a very special place.
“To not race on the oval is weird. I’ll certainly miss it, but I have no doubt that we will put on an exciting race on the road course, and it will be a lot of fun to try and figure that place out. These new road courses have been favorable with the fans, so I hope we put on a good show for them.”
Austin Dillon and Denny Hamlin were as straightforward as Busch in their answers. Both said NASCAR has lost a crown jewel race by moving the Cup Series event off the oval and onto the road course.
Matthew Thacker/Motorsport Images
“I think we lose a crown jewel when we don’t go to the oval there; this history of it,” said Dillon. “I don’t think the road course will ever be what the oval history has. So, I’m kind of disappointed that we don’t get to race on the oval. Now, in saying that, I’ve had a lot of fun on the simulator running the road course at Indy. It seems like a cool track, and I wouldn’t mind going twice and doing it two different ways.
“If we have to run the road course, we still want to be able to run the oval because of the history and legacy there. Everybody wants a real Brickyard trophy. I feel like this weekend when you win there, it’s not going to be like winning on the oval.”
Said Hamlin, “We lost a crown jewel. People hated the racing (on the oval). Are they really going to get more people out to the road course than what they did for the Brickyard 400? I’m not sure. I don’t love it; I don’t love the move.
“I don’t think anyone will consider the Indy road course any sort of crown jewel race. Indy, because of the oval track, that’s what makes Indy so special. I don’t think it’s the last time we’ll be back on the Brickyard on the oval. We can’t just keep adding road courses. Everything is cool the first time. The second time — although we might have a good crowd for the road course, year two, I think it’s going to be back to, ‘Where’s all the people?’ Maybe alternate or something, but certainly I think the Brickyard is special and Indy is special because of the oval, not because of the road course.”
Track president Doug Boles told an Indianapolis radio station that he expects 50,000-60,000 fans for the Cup Series road race.
“For me, driving through that tunnel and understanding the history and everything that comes with racing on the oval at the Indianapolis Motor Speedway is something that I always look forward to,” said three-time Brickyard 400 winner Kevin Harvick. “I can’t imagine driving backward on the frontstretch and driving the road course in the infield. It’s an oval thing for me. When you look at the oval, and you look at the history of the racetrack and everything that comes with that — some guys may not have grown up like that, so some people will have a much different opinion, but for me, the oval just holds a huge place in racing, and it holds a huge place in the things that I look forward to every year.
“I remember the first time I pulled in there for a test in 2001 — you roll into the racetrack and you think, ‘Man, I just accomplished everything in my childhood dreams, rolling into the Indianapolis Motor Speedway.’ Getting to go out on that racetrack and hearing the echoes of the cars through the grandstand is something that I’ll never forget, standing there on the front straightaway. I’m sure I’ll get over it as we start to get into practice and realize it’s just another race, but, for me, it’s going to be a difficult hurdle to overcome.”