NASCAR drivers fight after Martinsville race: why you shouldn’t be surprised

MARTINSVILLE, VA (WGHP) – When two young NASCAR drivers had a wild scuffle, a fistfight if we’re not mincing words, after the Xfinity Series race at Martinsville Friday night, no one should have been surprised. They were fighting for the win and a bonus $100,000 prize to finish ahead of four drivers eligible for the… 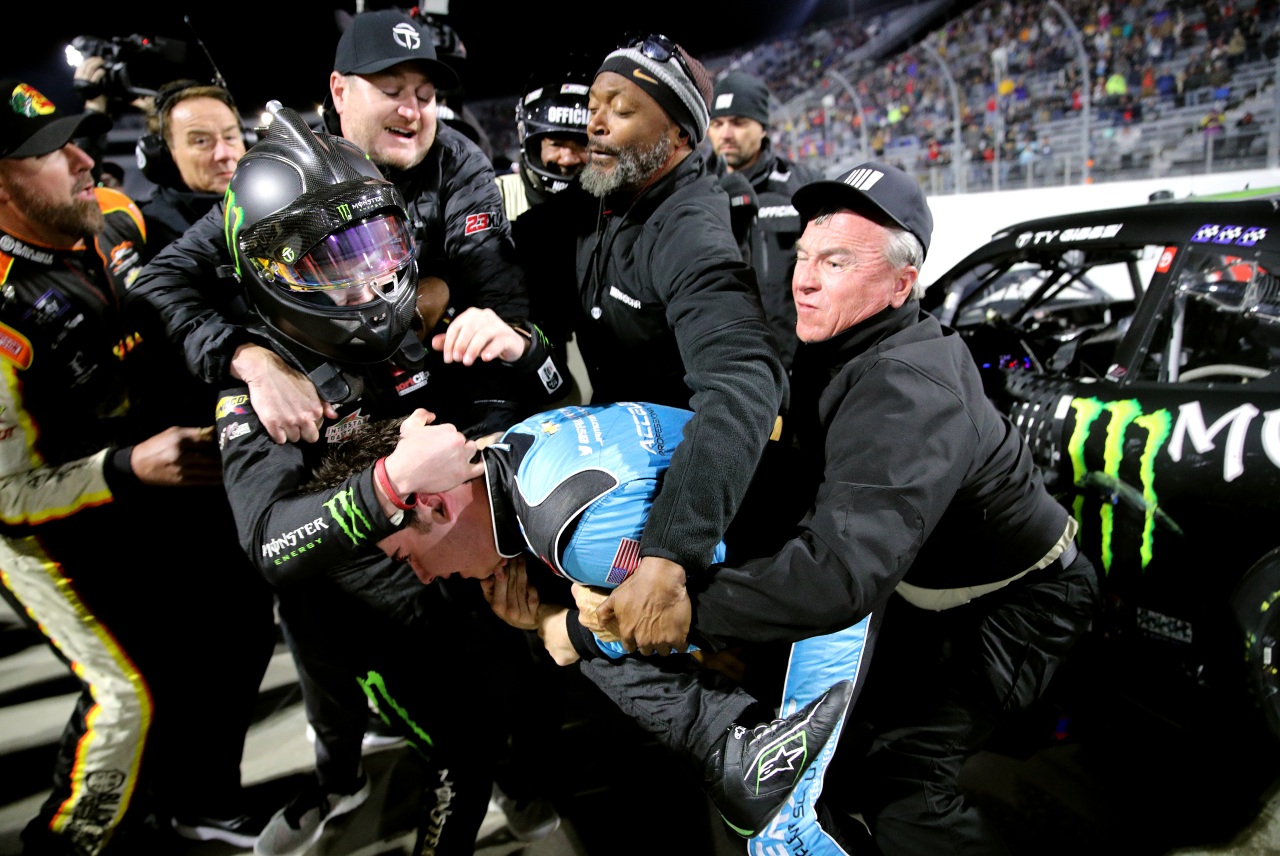 MARTINSVILLE, VA (WGHP) – When two young NASCAR drivers had a wild scuffle, a fistfight if we’re not mincing words, after the Xfinity Series race at Martinsville Friday night, no one should have been surprised.

They were fighting for the win and a bonus $100,000 prize to finish ahead of four drivers eligible for the bonus. So, Ty Gibbs and Sam Mayer coming to blows after losing the race and the bonus money shouldn’t be shocking.

NASCAR grew up as a southern, rough and tumble sport and grew immensely in popularity from that reputation, especially after the famous fight at the end of the 1979 Daytona 500.

Throughout the 80s and 90s, NASCAR continued to grow and maintained its rough and tumble identity. At some point in the late 90s, and early 2000s NASCAR wanted to slow down the perception of itself as too much of a hockey match on wheels and started to crack down on drivers being anything less than apologetic for the least little incident. Not that drivers didn’t or weren’t allowed to fight, but higher-ups demanded at least a little more civility in a world of big corporate sponsorship.

Then in 2010, NASCAR backpedaled on that with the infamous, “Boys have at it,” spoken by then NASCAR VP of Competition Robin Pemberton. It wasn’t meant to be an all-out reversal on decorum, but a strategy to let the drivers have emotion and, every once in a while, maybe hash it out with a push, a shove, and occasionally a black eye.

During all the previously mentioned history, NASCAR grew to a zenith and then fell off a cliff, going from sold-out stadiums and ticket waiting lists to empty seats and declining ratings.

There’s a nice rebound in place these days, with sellout crowds at some races and demand for tickets and camping space at a premium. That rebound is not by accident and is largely the result of multiple changes and adjustments NASCAR is making to the cars, the schedules and the attitudes of the competitors.

Are the policies sanitizing the personalities and the decline in attendance related? It depends on who you ask. In many ways, the answer is a clear maybe. There were a lot of other factors in play during the years of downturn, economics, sponsorship policies, marketing fumbles, the rise of the internet and more. Those things certainly played a large part in all aspects of life and across all sports.

But people who watch sports want action, emotion, and drama and that’s exactly what they got with the Ty Gibbs, Sam Mayer scuffle.

So the fact that two NASCAR drivers had a fistfight after a heated battle for a win shouldn’t surprise anyone and it shouldn’t necessarily be considered a bad thing. It also shouldn’t be the norm.