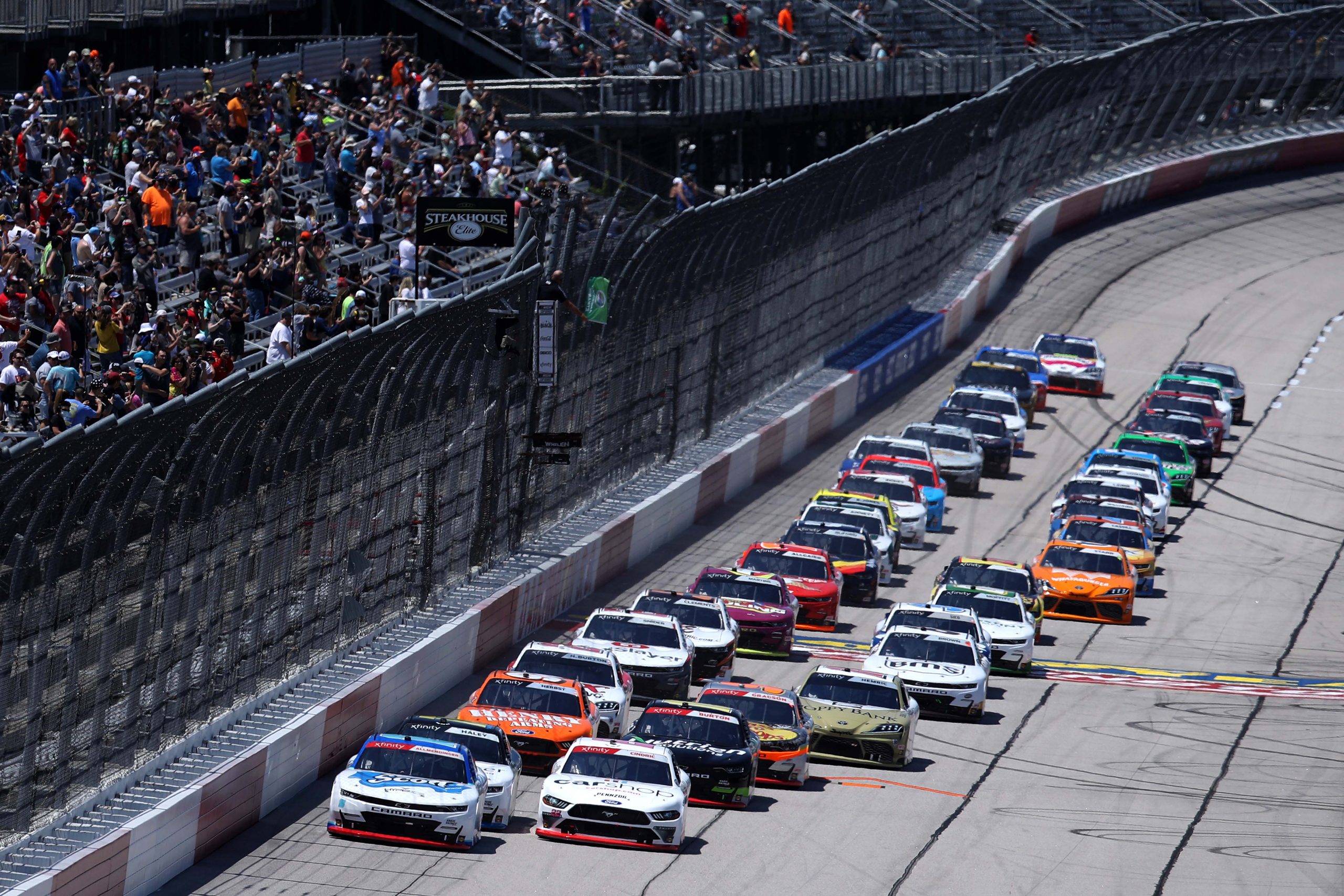 Carson Ware has been suspended ahead of this weekend’s NASCAR race at Kansas SpeedwayCarson Ware has been suspended by NASCAR as well as SS Green Light Racing. The 21-year-old was scheduled to race this weekend at Kansas Speedway.Statements have been issued from the team as well as the father, see below.Carson is the son of NASCAR Cup Series, Xfinity Series and Indycar Series team owner Rick Ware.Ware was arrested on misdemeanor charges of assault on female, simple assault and injury to personal property. Bail has been set at $1,000.The location of the incident was listed as 200-BLK Athens Drive in North Carolina according to the police report.Per a statement from the team, Garrett Smithley will fill the seat of the No. 17 at Kansas Speedway.Carson Ware has run 9 NASCAR Xfinity Series races. He’s competed for SS Green Light Racing, Rick Ware Racing and Mike Harmon Racing. Last year, he ran a single NASCAR Truck Series race for Reaume Brothers Racing.Ware has a best finish of 20th which came in the Xfinity Series event at Pocono Raceway in 2020.Carson Ware has a court date scheduled for November 19th, 2021.Related: Eddie D’Hondt case dismissed; NASCAR lifts suspensionSS Green Light Racing Statement“This morning we became ware of a situation that involved Carson Ware,” the team statement opened.“Upon further information, we have indefinitely suspended Carson Ware as a driver at SS Green Light Racing. We are taking this matter very seriously and will continue to monitor the situation as the facts come to light.”The team concluded, “At this time, Garrett Smithley will be the driver for the No. 17 entry at Kansas Speedway.”Carson WareRick Ware Racing statement“This morning I was notified of a situation that involved Carson Ware,” Rick Ware Racing opened in a statement on Wednesday evening.“At this time, Carson has been indefinetely suspended by SS Green Light Racing and NASCAR. While I am frustrated by the actions of Carson, I am even more disappointed for Bobby Dotter and his entire team.”“Bobby has been a great ally through the years, and I hate to see SS Green Light Racing under scrutiny due to actions that do not reflect the reputation and image that Bobby has worked to uphold over the years.”The statement concluded, “My hope is that Carson will get help that he needs during this difficult time.”This story will be updated if more information becomes available.LinksCarson Ware | SS Green Light Racing | Rick Ware Racing | NASCAR | Rowan County Sheriff
Read More

NASCAR RACE HUB’S Radioactive from Texas
Out of the way! NASCAR contenders want traffic to pull aside