NASCAR: Did Speedway Motorsports consult with Cup Series drivers on its reconfiguration plans for Atlanta?

How many Cup Series drivers were consulted in Speedway Motorsports’ plans for Atlanta Motor Speedway? And who are they?Those are fair questions to ask in the wake of the company’s announcement that Atlanta would be repaved and reconfigured after Sunday’s Cup Series race at the track. The banking at the track is going to be… 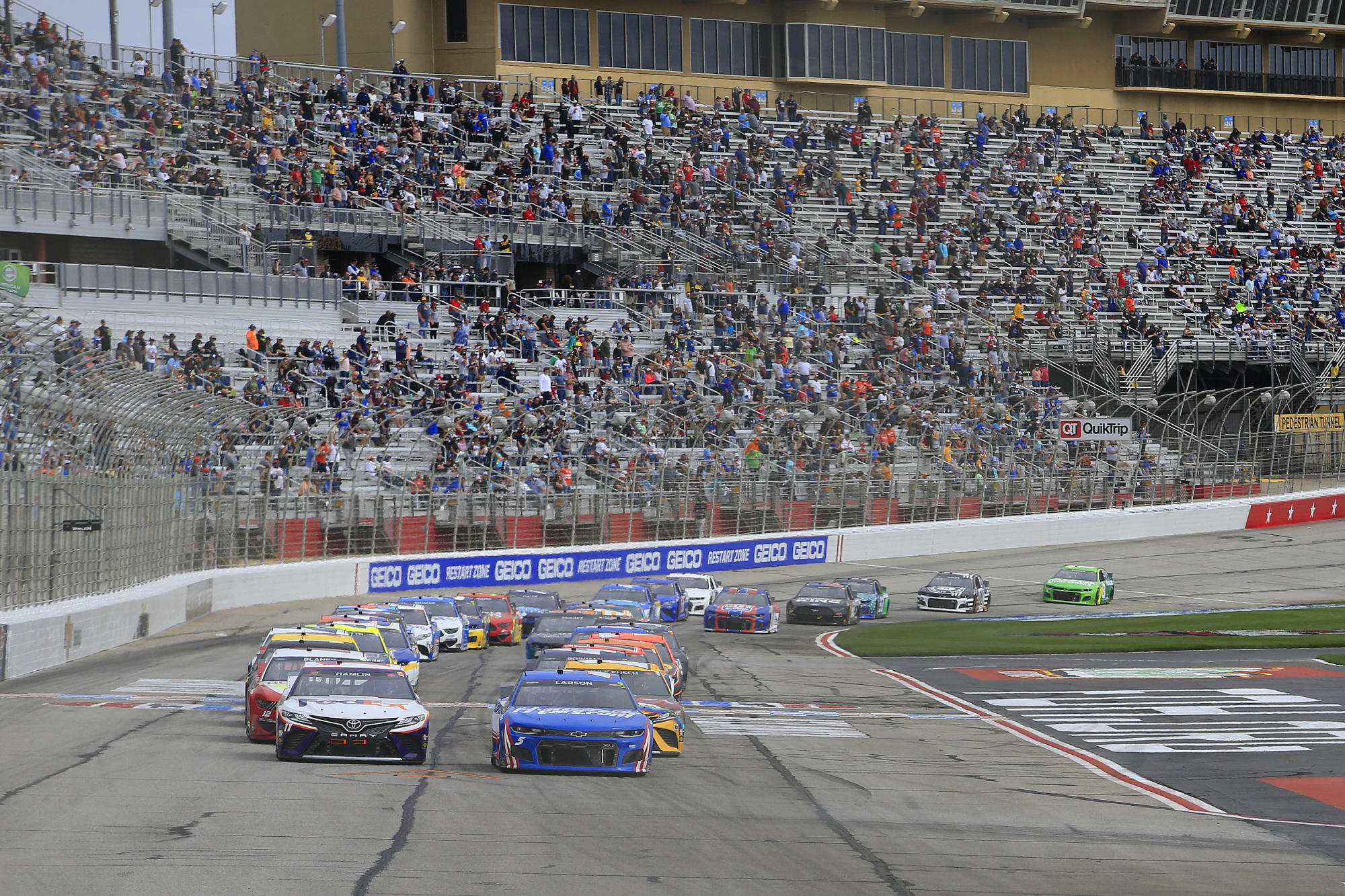 How many Cup Series drivers were consulted in Speedway Motorsports’ plans for Atlanta Motor Speedway? And who are they?Those are fair questions to ask in the wake of the company’s announcement that Atlanta would be repaved and reconfigured after Sunday’s Cup Series race at the track. The banking at the track is going to be raised from 24 degrees to 28 degrees in the corners and the track is going to be narrowed from 55 feet to 40 feet in the turns. Speedway Motorsports and NASCAR made it clear in the announcement revealing the changes that the tweaks were designed to produce closer and more competitive racing. And neither party was shy in proclaiming that the changes were going to work. The brashness was noteworthy in any context. And especially so given that the new Cup Series car NASCAR is introducing in 2022 hasn’t been tested in any race-like capacity yet and teams haven’t started building it on any significant scale.All NASCAR and Speedway Motorsports had to point to was an iRacing video of the purported new Cup Series cars on the track. While NASCAR really wants to promote iRacing, the video game simulation doesn’t have an accurate tire wear model. Tires wear differently on iRacing than they do in real life. And iRacing races typically look nothing like actual races do. Using a video game to tease reality is a dangerous exercise in expectation setting. Especially when the tease features racing drastically different from the one seen now at a track that’s nearly universally loved by competitors. Speedway Motorsports also seemed to note that drivers weren’t consulted for its Atlanta project. Vice president Steve Swift noted Tuesday that what drivers want in a track isn’t typically what fans want. That comment was immediately shot down — and shot down well — by Denny Hamlin. Texas’ reconfiguration project has not come close to producing the desired results. The track has been forced to put traction compound in the corners to make it remotely usable for stock cars. And that traction compound has negatively affected the quality of IndyCar racing at the track. Kentucky was reconfigured in the 2010s and promptly lost its spot on the 2021 NASCAR schedule. And Bristol has been redone multiple times since progressive banking was added to the track in the 2000s in an attempt to replicate the racing of the 1990s at the track. Kyle Larson added to what Hamlin said on Wednesday. He said that he wasn’t consulted on the Atlanta project — he led most of the laps at the track in the spring — and openly wondered if the changes were being made to promote more crashing. Larson also said that he believed Speedway Motorsports and Atlanta wanted to produce drafting at the track like fans see at Talladega and Daytona. Adding banking to the track would allow drivers to go faster in the corners — and be off the gas even less — and the video released by NASCAR and iRacing didn’t dispute Larson’s theory. The cars were extremely close together in that video, though it’s notable that there wasn’t a single pass featured in that video either.Does NASCAR want the cars to simply be closer together at any expense?On Wednesday’s NBC Motormouths show, Speedway Motorsports president Marcus Smith said that “all the time” his company is talking to drivers about how to produce better racing. He didn’t name any drivers, however. And Atlanta’s release made no mention of driver consultation while specifically mentioning work with engineers and iRacing.”We definitely talked to drivers, we’re talking to engineers,” Smith said. If Smith and Speedway Motorsports did talk to drivers, it appears they weren’t named Hamlin or Larson. And that’s a tad curious. After all, one’s now an owner in the Cup Series and the other is the winningest driver in 2021 and seems set to be near the top of NASCAR for the next decade. Oh, they’re also the top two drivers in the points standings too. Increased collaboration and input from drivers were once a focus of NASCAR as it moved on from the Brian France era after his DWI and drug possession arrest in 2018. The Cup Series’ driver council appeared to have real sway in the sanctioning body and it wasn’t hard to see how NASCAR and drivers were pushing forward in the same direction.That vision is nearly impossible to see now. Numerous drivers haven’t exactly been supportive of NASCAR’s decision to add downforce and cut horsepower at bigger tracks but those sentiments don’t seem to have derailed the sanctioning body’s push for flat-out racing at 1.5-mile tracks one bit. And drivers don’t appear to be a big part — or any part at all — of the redesign process at a driver-favorite track like Atlanta either. If NASCAR and its tracks are boxing drivers out of these big decisions, that’s a huge shame. And it could have some significant long-term consequences. More from Yahoo Sports:NBA Finals: CP3 guides Suns to big Game 1 win over BucksSilver critical of ESPN’s response to Nichols-Taylor storyRichardson not going to Olympics after positive weed testRodgers avoids Packers questions during The Match
Read More

Atlanta 2 NASCAR Cup Series pit stall assignments
How To Watch The Goodwood Festival Of Speed, NASCAR, Formula E, And Everything Else In Racing This Weekend; Ju