NASCAR Clash at the Coliseum was a TV ratings smash 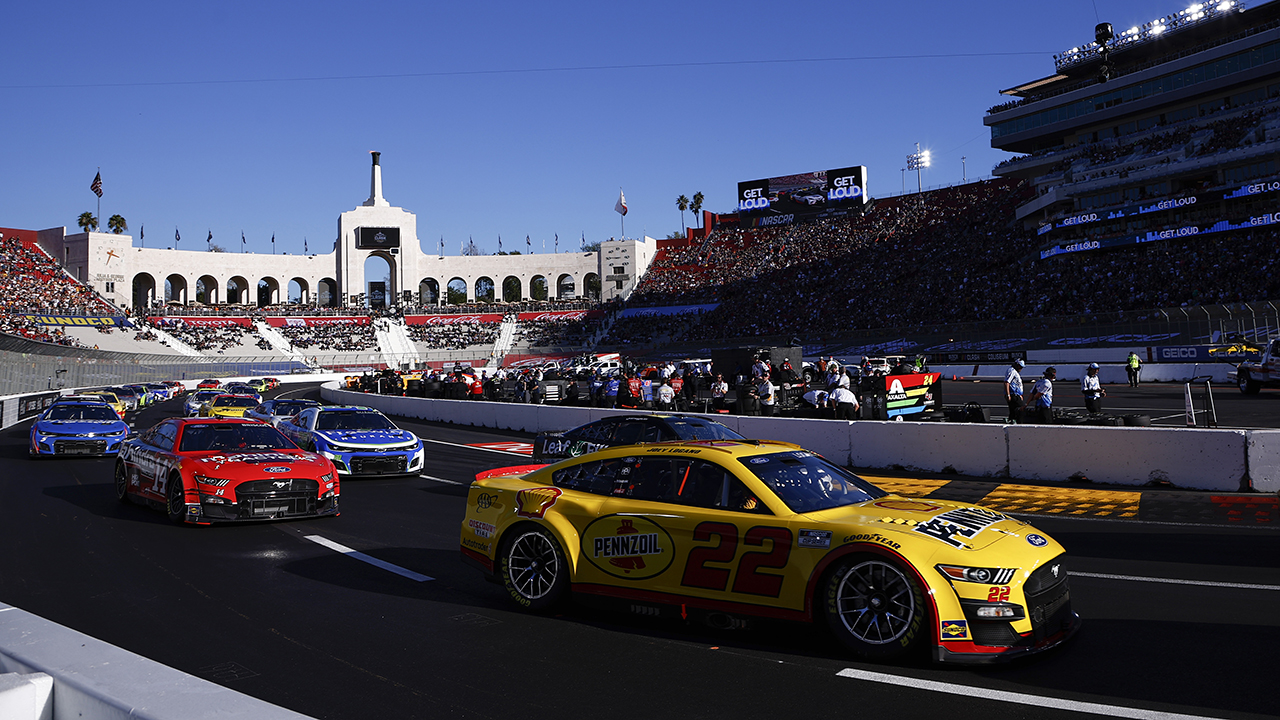 NASCAR’s unusual Busch Light Clash at the Coliseum, held on a temporary track built inside the L.A. Memorial Coliseum, achieved its goal of getting eyes on the sport.
The Clash was held on a temporary quarter-mile track built inside the L.A. Memorial Coliseum.
(Jared C. Tilton/Getty Images)Along with a nearly full house of over 50,000 fans in attendance on Sunday, about two-thirds of whom had never been to a NASCAR race before, the event pulled in 4.28 million viewers on Fox.
Joey Logano won the main race.
(Sean Gardner/Getty Images)That’s up 168% from last year, when the season kickoff exhibition event was held on a Tuesday night on the Daytona International Speedway and broadcast on FS1.It’s also the Clash’s best ratings since 2016, when it was on Fox. The 2.56 million viewers who tuned in for qualifying was the most since the 2016 Daytona 500 and the highest-rated non-Daytona qualifying event in at least 20 years, according to Fox Sports Executive Vice President Michael Mulvihill.
The event and broadcast included performances by Pitbull and Ice Cube.
(Kevin Winter/Getty Images)The viewer tally was also greater than the 3.214 million NBC pulled in for the NASCAR Championship race at Phoenix last November.CLICK HERE TO GET THE FOX NEWS APPNASCAR executives deemed the experiment a success and are considering doing it again next year while also exploring opportunities for other one-off events in non-traditional venues across the U.S.
Read More