Ryan Blaney won for the second consecutive week when the race Saturday night at Daytona International Speedway ended under caution in overtime with a typical fiery finish. (Logan Riely/Getty Images)Tyler Reddick took the 16th and final spot in the playoffs with a seventh-place finish. Reddick needed only to beat Richard Childress Racing teammate Austin Dillon… 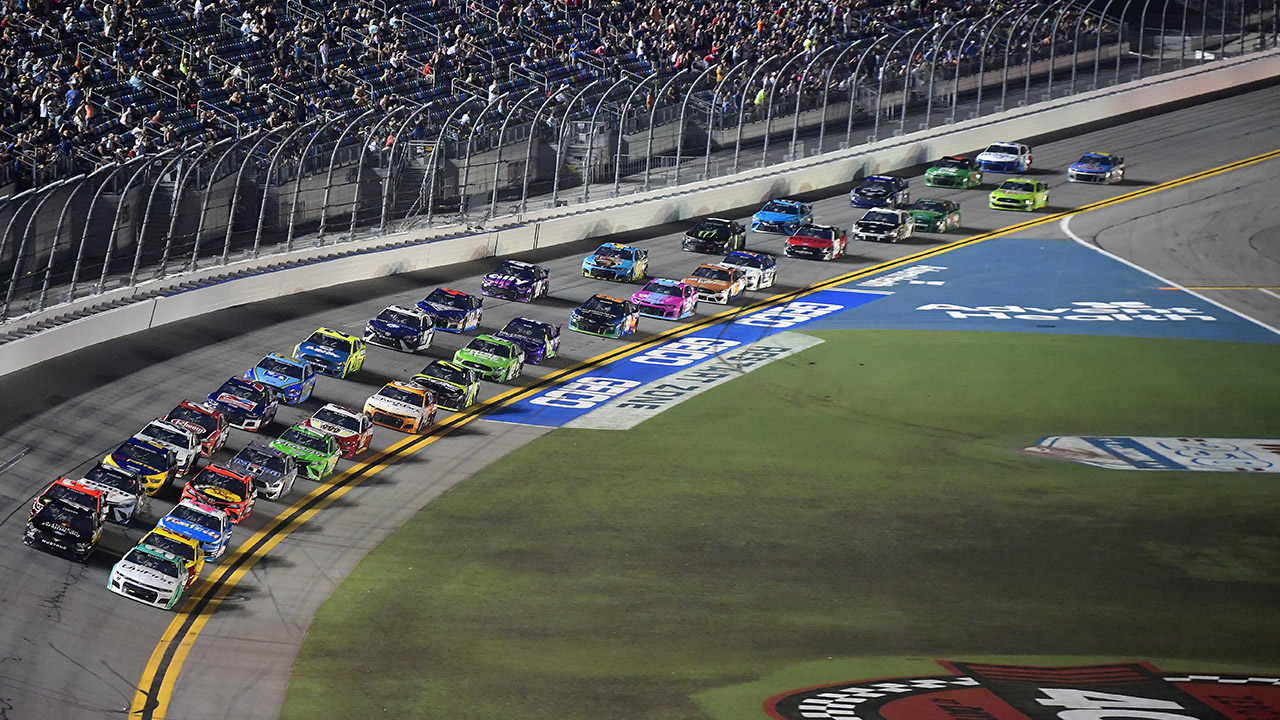 Ryan Blaney won for the second consecutive week when the race Saturday night at Daytona International Speedway ended under caution in overtime with a typical fiery finish.

(Logan Riely/Getty Images)Tyler Reddick took the 16th and final spot in the playoffs with a seventh-place finish. Reddick needed only to beat Richard Childress Racing teammate Austin Dillon and hope for a repeat winner to earn his first playoff berth.Reddick and Dillon were both in contention to make a desperate last gasp push for the win in the two-lap overtime sprint to the finish. But Blaney, who was second on the restart, cleared traffic with a push from Corey LaJoie and was well ahead of the pack when a crash ended the race.Daniel Suarez, one of 10 drivers in the front pack trying to win the race to earn the automatic playoff berth, turned Kevin Harvick to trigger the multi-car crash. Suarez seemed to be pushed into Harvick from behind by Kurt Busch.Blaney, the winner in Michigan last week, heads into next week’s playoff opener at Darlington Raceway with three victories this season in his Team Penske Ford.”Yeah, we’ve got good momentum,” Blaney said. “We’d like to make it three in a row, we’ll see.”The regular-season finale had fairly low stakes in that 15 of the 16 playoff slots were claimed before the start of the race. It meant only a first-time race winner could edge Reddick or Dillon for the final spot.The only other competition was for the regular-season title, which went to Kyle Larson, a five-time winner this season. The race for the regular-season championship and its playoff points was between Larson and Denny Hamlin, who entered Daytona trailing Larson by 28 points.Hamlin held the regular-season lead for 22 weeks until Larson claimed it two races ago at Indianapolis. Larson overcame a 166-point deficit to Hamlin to earn the title.”What an awesome year he’s had,” said team owner Rick Hendrick, who gave Larson a job this season after Larson missed all but four races in 2020 while suspended for using a racial slur.Chris Buescher finished second, one spot short of earning the automatic berth into the playoffs he was seeking. But it was a 1-2 finish for Ford.”To miss that playoff spot by one spot, that’s a tough ending to a day,” Buescher said. “I’m sure I’ll play it back and find something else different.”Bubba Wallace was a season-best third but frustrated he had no help from any Toyotas at the end of the race. Hamlin, his team owner at 23XI Racing, was the closest Toyota driver to Wallace at the finish — way back in 14th.”I’m a little frustrated, I’m the one who gets called out for not working with teammates and I’m the one that gets left hanging,” Wallace said. “There’s a reason why Ford’s in victory lane, cause they always work together.”MCDOWELL’S MISSMichael McDowell finished first and last in two superspeedway races at Daytona this season.The surprise Daytona 500 winner blew an engine under caution Saturday and was done after 23 laps. McDowell clinched a spot in the playoffs with his Daytona 500 victory so the early exit didn’t affect his playoff chances.But McDowell has no momentum after finishing 20th or worse for the seventh consecutive race.McDowell’s night started in the hole when crew chief Drew Blickensderfer was ejected because his Ford failed failed pre-race inspection. Anthony Alfredo’s crew chief also was kicked out for failing inspection.OVERDUE OVERTURENASCAR presented Wendell Scott’s family a custom trophy commemorating his historic 1963 victory before the race. Scott is the only Black driver to win a race at NASCAR’s top level.Scott passed Richard Petty with 25 laps remaining at Speedway Park in Jacksonville on Dec. 1, 1963. But Buck Baker, who actually finished second, was declared the winner of the Jacksonville 200 and received the trophy in victory lane.Race officials discovered hours later that Scott was the actual winner and had lapped the entire field twice. But he was not credited with the victory for another two years, and his family has long pushed for a proper celebration.NASCAR obliged on the eve of what would have been Scott’s 100th birthday.OLYMPIC FLAREOlympic bronze medalist Noah Lyles served as the race’s grand marshal and demanded more from the crowd.Lyles, the 200-meter favorite who settled for third in Tokyo, asked fans for a louder response after his first attempt drew a lackluster effort. “That’s what I’m talking about,” he said before giving the command for drivers to start their engines.Lyles was wearing his medal before the race and mingling with driver Bubba Wallace on the grid. Wallace got an up-close look at the medal.Lyles made headlines in Japan for his emotional breakdown following the 200-meter final. The American sprinter was in tears after a difficult year in which he went on and off antidepressants and struggled when his brother failed to make the Olympic team with him. Like gymnast Simone Biles and tennis star Naomi Osaka, Lyles was unapologetic as he broached the subject of mental health.CLICK HERE TO GET THE FOX NEWS APPUP NEXTThe playoffs begin next Sunday at Darlington Raceway, which recently repaved a section in Turn 2 that could change the way the track races. Kevin Harvick is the defending race winner and Martin Truex Jr. won at the South Carolina track in May.
Read More