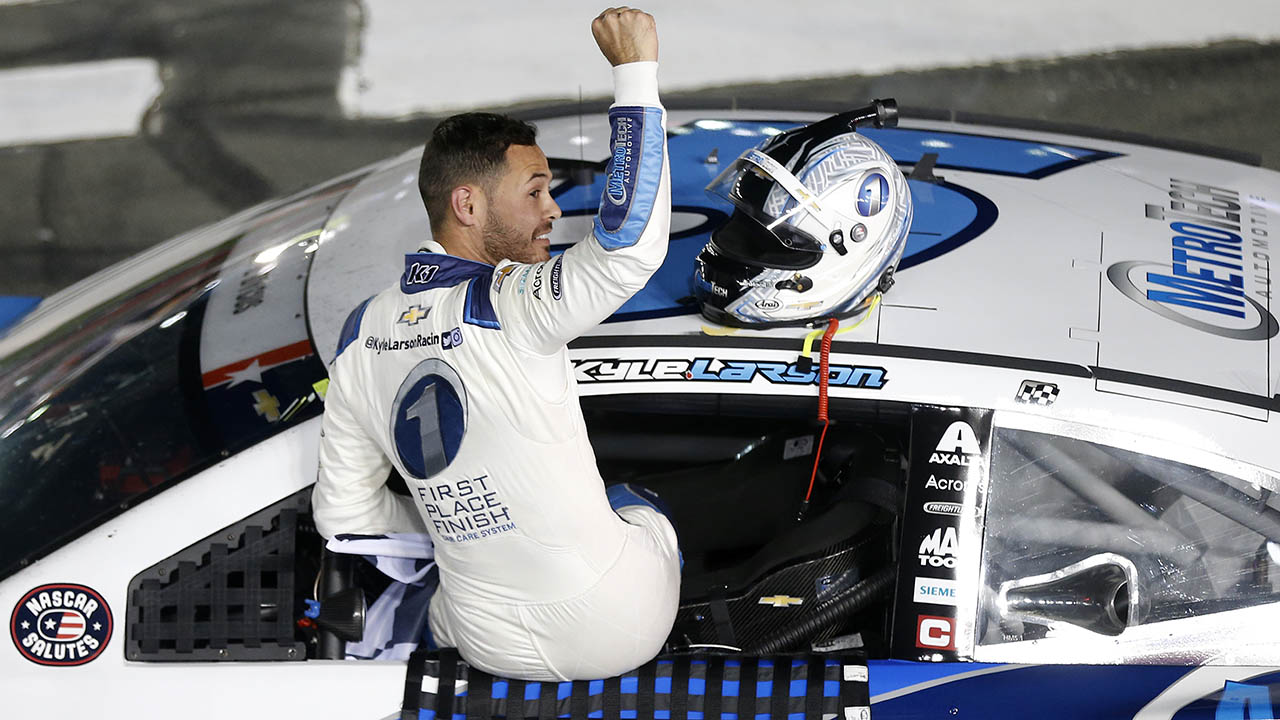 (Brian Lawdermilk/Getty Images)Larson started from pole position and swept all four stages in the 600-mile race on his way to a 10-second margin of victory over teammate Chase Elliott.”it was great to be the guy to help Mr. H break that record finally,” Larson said.The win was Larson’s second of the season and eighth of his career.Petty Enterprises had held the top spot on NASCAR’s wins list since 1960, with its final victory coming at Martinsville in 1999 with the late John Andretti behind the wheel, the same track where Geoff Bodine scored Hendrick’s first win in 1984.”I can’t really get it in my brain right now,” team owner Rick Hendrick said after the race.”But, man, what a good job they did tonight and I’m just looking forward to the rest of the year, but I’m glad 269 is over.”Larson’s win at Charlotte Motor Speedway came on the same day that Helio Castroneves became the fourth four-time winner of the Indy 500.CLICK HERE TO GETTHE FOX NEWS APPThis is a developing story, check back for updates
Read More