Kyle Larson is on one hell of a roll.Larson won Sunday night’s All-Star Race ahead of Brad Keselowski and Chase Elliott at Texas Motor Speedway. The win doesn’t officially count for Cup Series points, but it’s Larson’s third consecutive win after he won the Coca-Cola 600 and at Sonoma a week ago.Larson started first on… 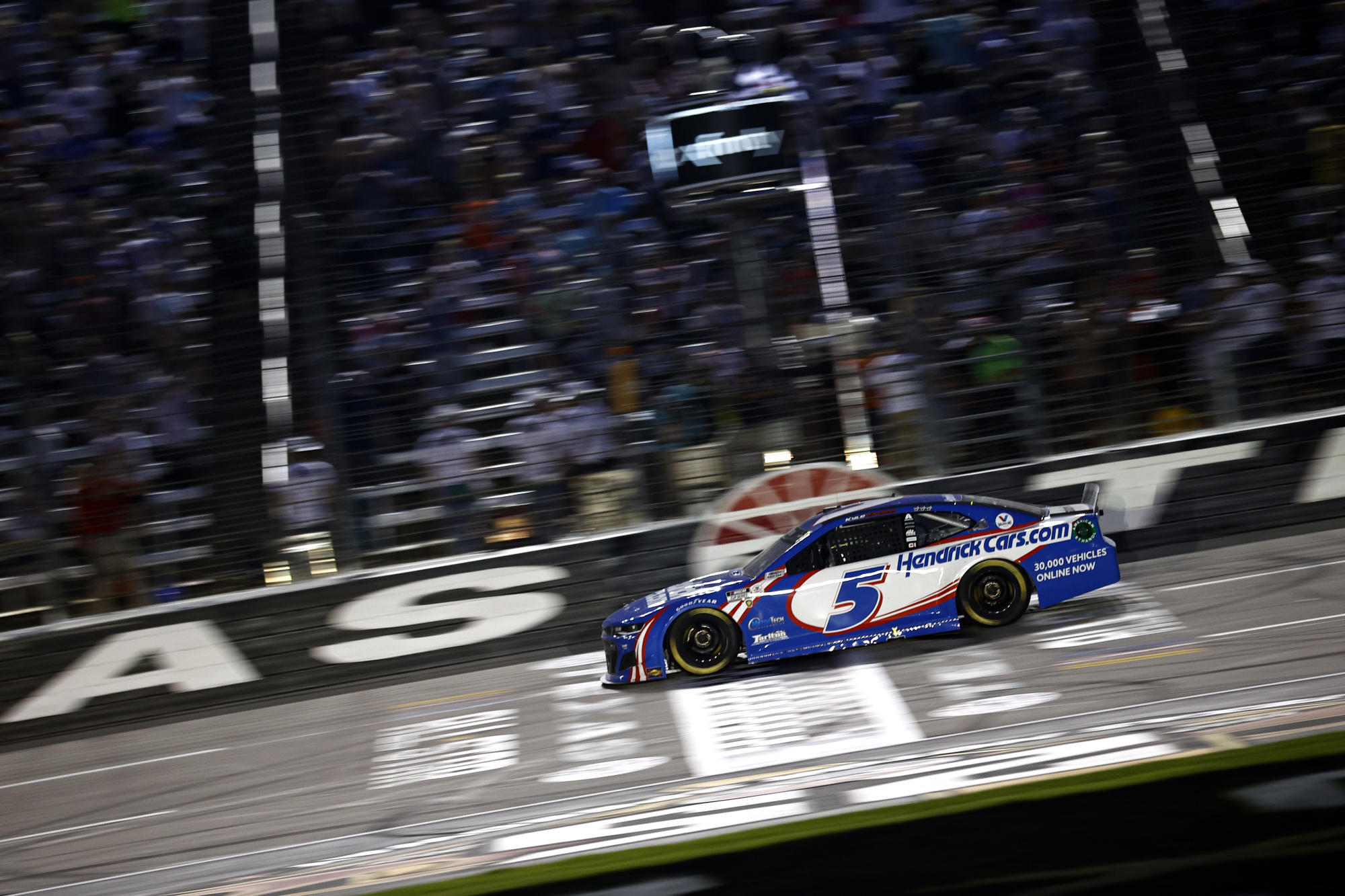 Kyle Larson is on one hell of a roll.Larson won Sunday night’s All-Star Race ahead of Brad Keselowski and Chase Elliott at Texas Motor Speedway. The win doesn’t officially count for Cup Series points, but it’s Larson’s third consecutive win after he won the Coca-Cola 600 and at Sonoma a week ago.Larson started first on Sunday night via random draw and appeared to have the best car for most of the race. He went three-wide around Elliott, his teammate, and Team Penske’s Keselowski right after the restart of the 10-lap final stage and was able to pass Keselowski for the lead on the next lap with eight laps to go.While Keselowski was able to stay on Larson’s bumper, Larson kept him at bay over the final few miles of the race. “Did not imagine seeing myself winning this race today,” Larson said after the race.Larson isn’t the Cup Series points leader, but he’s been the fastest driver in the series — by far — over the last two months. It’s a remarkable turnaround for a driver who was out of NASCAR a year ago after he said a racial slur during a virtual race and got fired from his ride at Chip Ganassi Racing.That firing led to a second chance at Hendrick Motorsports and Larson has made the most of it. Hendrick has been incredibly strong — all four drivers have at least one win — and Larson has been the strongest of the bunch. Keselowski finished second, while Elliott was third.”Just to run second to the Hendrick cars right now is kind of an accomplishment,” Keselowski said. “They’re just stupid fast.”Keselowski’s teammates, Joey Logano and Ryan Blaney, were fourth and fifth. Hendrick’s Alex Bowman and William Byron then finished sixth and seventh. Kyle Larson crosses the finish line to win the NASCAR All-Star Race at Texas Motor Speedway on June 13, 2021 in Fort Worth, Texas. (Jared C. Tilton/Getty Images)Not much drama in the All-Star RaceSunday’s 100-lap feature had six stages and multiple field inverts. There wasn’t much drama throughout the race that wasn’t manufactured. Denny Hamlin finished last, but he was reportedly told before the end of the final stage to pit on the last lap. We’re guessing it’s to avoid a penalty for loose lug nuts. Ross Chastain, Tyler Reddick and Aric Almirola won the three stages of the qualifying race to get into the All-Star Race while Matt DiBenedetto won the fan vote. Almirola was the highest-finishing driver of the four in the All-Star Race. He finished eighth. Race results1. Kyle Larson2. Brad Keselowski3. Chase Elliott4. Joey Logano5. Ryan Blaney6. Alex Bowman7. William Byron8. Aric Almirola9. Kyle Busch10. Kurt Busch11. Christopher Bell12. Michael McDowell13. Martin Truex Jr.14. Cole Custer15. Kevin Harvick16. Tyler Reddick17. Matt DiBenedetto18. Ross Chastain19. Austin Dillon20. Ryan Newman21. Denny HamlinMore from Yahoo Sports:Wetzel: Entertaining Diaz wins even after losing at UFC 263Clippers win Game 3 as Jazz star Mitchell sits down stretchDenmark team doc: Eriksen resuscitated after cardiac arrestEx-Chief Bell: ‘I’d retire’ before playing for Andy Reid again
Read More