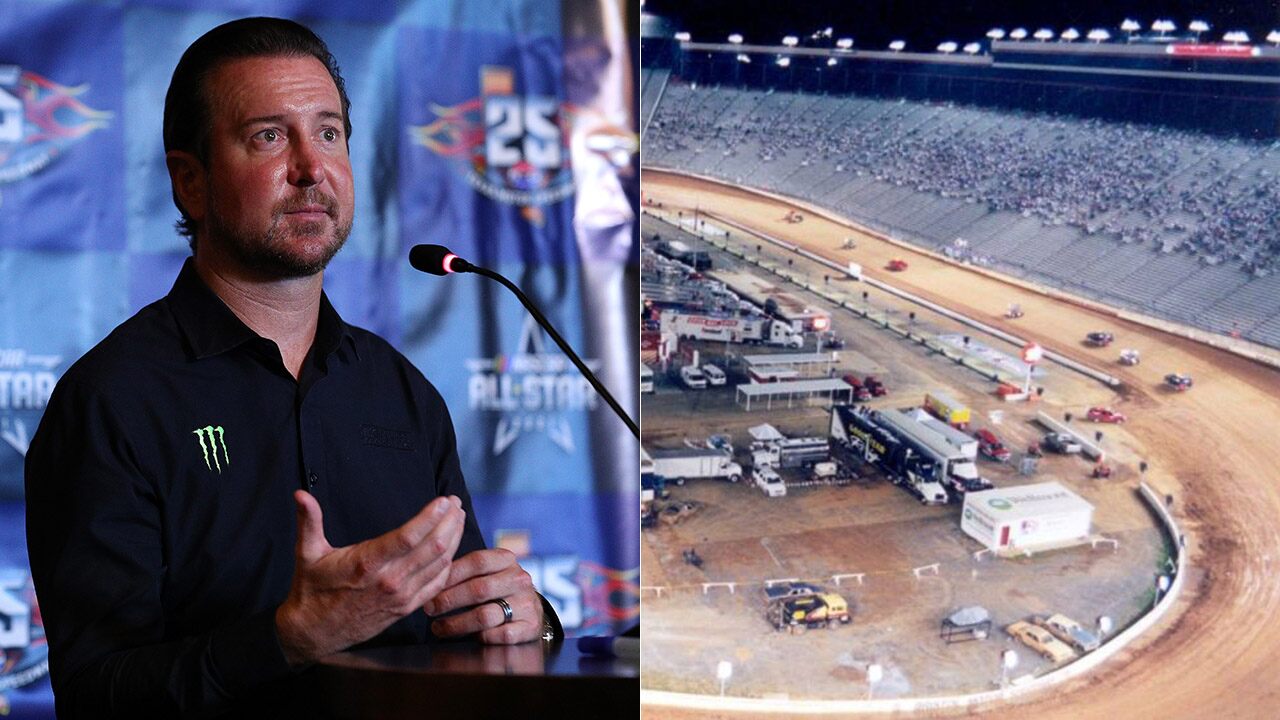 The 2004 champ said his first hometown win in Las Vegas wasEXCLUSIVE – Kurt Busch checked another box off his NASCAR bucket list last Sunday by winning his hometown race in Las Vegas for the first time.
Jeff Speer/Icon Sportswire via Getty Images
The 2004 champ said it was an incredible victory that ended 21 years of frustration and one that he’d rank among his top three.

(Chris Graythen/Getty Images)“So many people and memories and volunteer crew members, and then thoughts all went through my mind and, well, nobody was there, and so it made it that much more special to win for everybody,” the Chip Ganassi Racing driver said.Of course, Busch didn’t start out driving Cup Series cars at Las Vegas Motor Speedway, but about an hour and a half away racing dwarf cars on the Pahrump Valley Speedway dirt track. So he has a few thoughts about next March’s race at Bristol Motor Speedway, which will be covered in clay to hold the first Cup Series dirt race in over 50 years.SEE IT: NASCAR SHAKES UP SCHEDULE FOR 2021“Dirt changes every single lap when you go around the race track, and you put 40 big, heavy cars out on the dirt at Bristol, it’s going to cook the dirt,” he said.“It’s going to be like pottery and the cars are going to look like snails. I mean, it’s going to be so slow, you’re going to think the cars are in slow-mo.”
Bristol Motor Speedway was previously covered in clay for World of Outlaws races in 2000 and 2001.
(BMS)Busch said drivers are going to have to figure it out both during and before the race when their teams will need to come up with new simulation programs to prepare them. He wouldn’t be surprised to see teams bring in ringers for the event. He also expects Clint Bowyer, who does late-model dirt racing on the side, to do well and said former teammate and current World of Outlaws driver Kyle Larson would be one to watch if he returns to the series next year after being suspended in April for using a racial slur.“It’s early in the season. It’s going to be one of those fun weekends where we just kind of all let it rip and hopefully we get some points out of it,” Busch said.CLICK HERE TO GET THE FOX NEWS APPBusch still needs some of those this year if he’s going to make it all the way to the championship race. The Las Vegas win punched his ticket to the round of eight, but he is ninth in the overall standings and says his plan is to go aggressive and hard the next two races at Talladega and Charlotte to get points no matter what.
Busch finished eighth at Texas in July.
(Brian Lawdermilk/Getty Images)After that, Kansas and Texas are waiting for him, both mile-and-a-half tracks, which he says is Chip Ganassi Racing’s strength.“That’s our ticket to the Phoenix championship round, if we can win Kansas or Texas.”
Read More