There’s no lack of opinion about Joey Logano. But whether you cheer him or boo him, you have to give him points for honesty. Earlier today on SiriusXM NASCAR Radio, Logano revealed that he thought about causing a caution that may have stopped Chase Elliott‘s drive to victory and his first NASCAR Cup Series title… 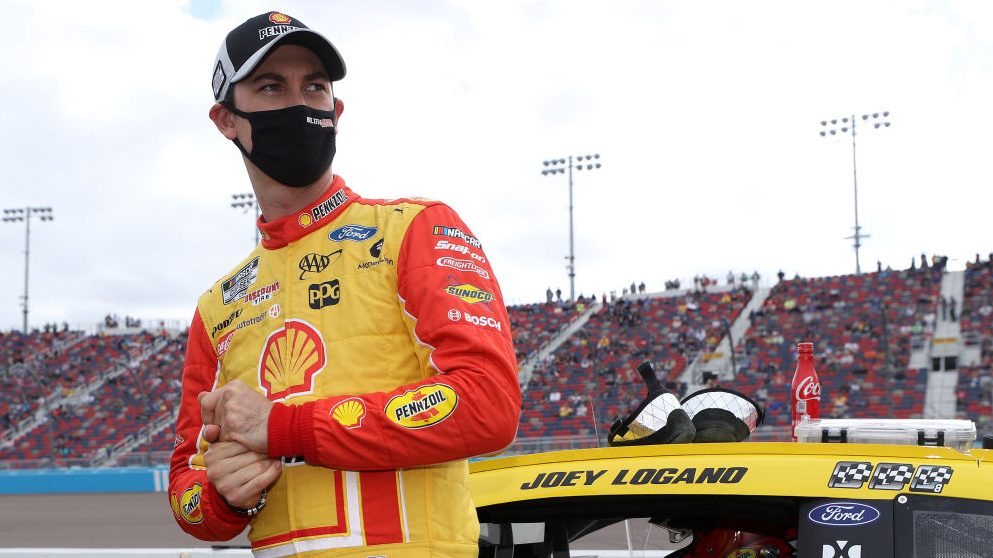 There’s no lack of opinion about Joey Logano. But whether you cheer him or boo him, you have to give him points for honesty.
Earlier today on SiriusXM NASCAR Radio, Logano revealed that he thought about causing a caution that may have stopped Chase Elliott‘s drive to victory and his first NASCAR Cup Series title last Sunday at Phoenix Raceway.
“We were saying, ‘What if I spun out a car on purpose – I caught up to a lapped car, cued him up off the right front and sent him?’ [Then I] came down pit road, came off first on pit road and won the race?’,” said Logano, who ended up finishing third behind Elliott and teammate Brad Keselowski.
“…What does that say about your championship and your character and everything that goes on? Where is the line? That’s a real question you need to ask to yourself in the heat of the moment.
“I know I was beat. At the moment, I said, ‘Dang it, I’m done! I can’t win this race unless a caution comes out.’ I knew that.”
As Elliott pulled away in the final laps, Logano eventually had a chance to turn another driver and get the caution he needed.
Instead, he chose not to.
“I didn’t have the heart,” Logano said. “You can’t do that. To me, it’s too far. To me, it’s like – yes, you want to win the championship and championships mean everything, but, boy that’s just – Ugh! You’ll second-guess yourself to the end. What would’ve happened if I did, right? But it’s not the right thing to do. You just don’t.
“But – ugh, you wanna know what would’ve happened, right? And you just really hope that someone else wrecks somebody. (Laughs) ‘Alright, I had nothing to do with that – that wasn’t me!’ But that didn’t happen.”
Logano’s aggressiveness on the track has earned both laurels and arrows from fans over the years. For his part, the 2018 Cup champion has said he isn’t racing to make friends.
But his decision on Sunday offers some insight on what constitutes his own ‘driver code.’
“Moving somebody, punting someone is one thing,” he said on SiriusXM NASCAR Radio. “That’s OK. Pushing me down the straightaway? I don’t care. That’s fine. I do the same thing. I’d be a hypocrite if I complained about it. But completely crashing somebody is something that I think is too far. And that fell into the line of ‘I think it’s too far.’
“If it was someone that had one coming for him, maybe it’s different. If you catch somebody that you owed one too and this is kind of a good moment to pay him back, well, OK, to me, I think I can live with that.”

ICYMI: @joeylogano said he did think about trying to bring out a caution in the final laps of the Championship Race [email protected] | @PPistone pic.twitter.com/Ot2oe73hBD
— SiriusXM NASCAR Radio (Ch. 90) (@SiriusXMNASCAR) November 11, 2020