Jimmie Johnson will be riding into the sunset at Phoenix on Sunday in his final race as a full-time NASCAR driver, and he’ll be tough to miss in the shiniest car on the track. (Hendrick Motorsports)Hendrick Motorsports has revealed the paint scheme for Johnson’s last car, which is painted chrome under its Ally sponsor livery.… 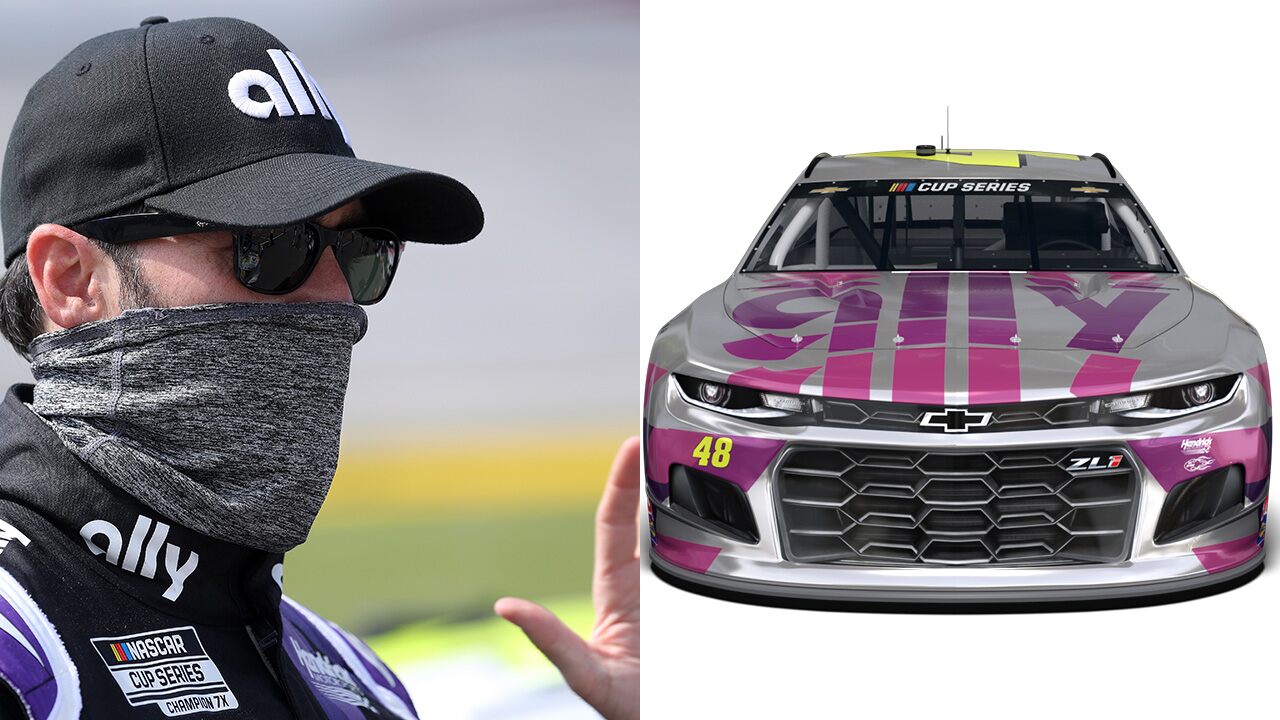 Jimmie Johnson will be riding into the sunset at Phoenix on Sunday in his final race as a full-time NASCAR driver, and he’ll be tough to miss in the shiniest car on the track.

(Hendrick Motorsports)“Painted” is the correct word, because, unlike many modern race cars, it’s actually been sprayed instead of covered in a vinyl wrap.It’s not true chrome, because a reflective surface would mess with the optical scanning tech that the series uses to make sure cars are legal before races, but a matte finish version of the color that’s meant to evoke Johnson’s seven championship trophies. His teammates’ cars will all feature yellow numbers like his as a salute.JIMMIE JOHNSON’S DAUGHTERS GAVE HIM A HEARTWARMING SURPRISE AT MARTINSVILLEThe car will be the 686th he’s driven during a 20-year career that included a 663 race start streak that ended this year when he tested positive for COVID-19 and had to sit out the Brickyard 400 at Indianapolis Motor Speedway in July.

(Hendrick Motorsports)Johnson did not qualify for this season’s playoffs, but will be looking to get his first race win since 2017.Next season he will race a part-time schedule of road and street courses in the IndyCar Series with Chip Ganassi Racing, but has not ruled out returning to NASCAR to compete in one-off events.The long-term future of the car hasn’t been announced, but a Hendrick Motorsports spokesman told Fox News Autos that it will be loaned to the NASCAR Hall of Fame for a special exhibit opening in January.CLICK HERE TO GET THE FOX NEWS APP
Read More