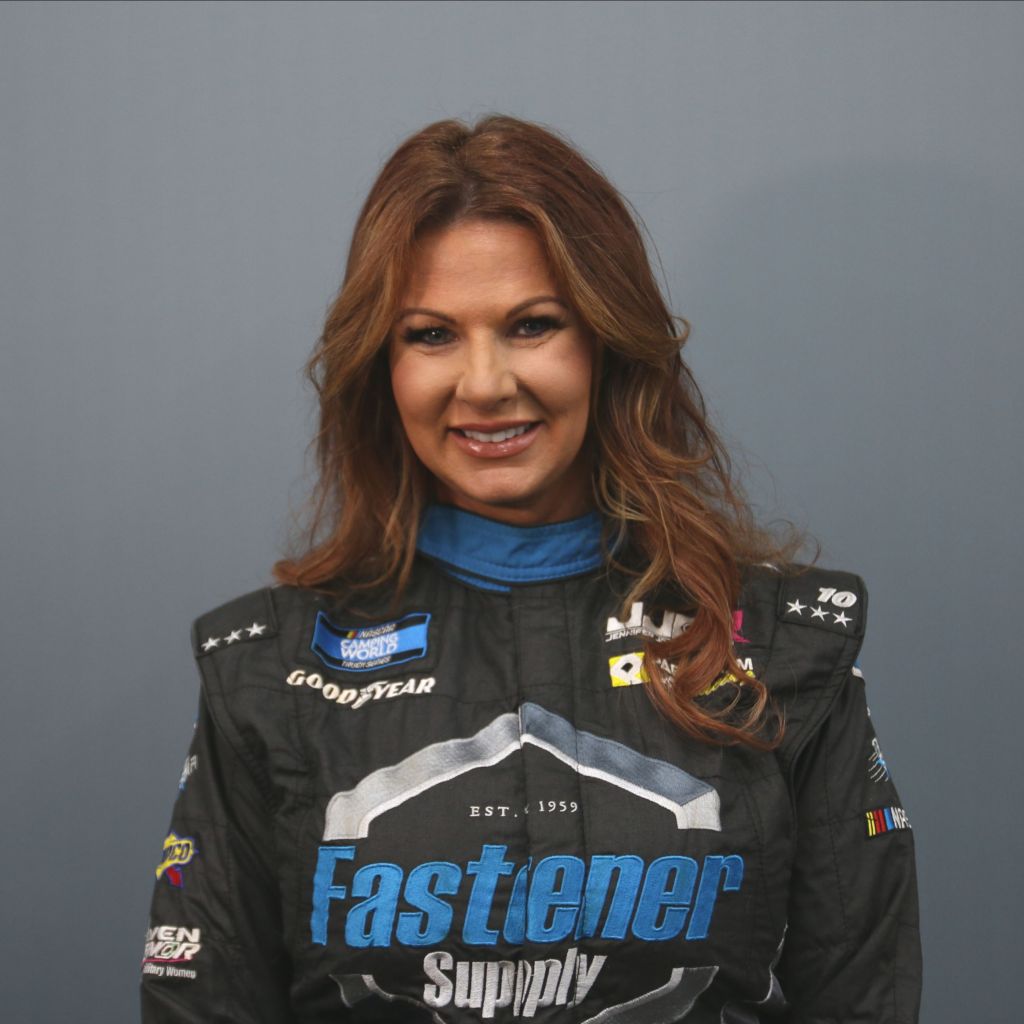 NASCAR denied approval for Jennifer Jo Cobb to drive in Sunday’s Cup race at Talladega Superspeedway, forcing Rick Ware Racing to find another driver for the No. 15 car.
The team announced April 13 that Cobb would make her Cup debut in the No. 15 car at Talladega Superspeedway. She would have been the first female to compete in a Cup race since Danica Patrick drove in the 2018 Daytona 500.
Car owner Rick Ware issued a statement Monday: “We’ve been informed by the sanctioning body that Jennifer is not approved to compete in the NASCAR Cup Series event at Talladega Superspeedway this coming weekend. This is an unfortunate situation, but as a team we support NASCAR’s decision to uphold the sanctioning (body’s) rules and regulations.”
NBC Sports has reached out to Cobb for comment.
Section 3.11.1.1.b of the Cup Rule Book states that drivers must outline their previous racing experience to the NASCAR Resume Committee, which will determine if the driver is approved for competition.
The rule also states: “Any previously approved driver who has not competed for at least one year must resubmit the Driver Information and Record application.”
Because Cobb had not competed in Cup, she had to submit for approval for that series.
Cobb’s limited Xfinity starts in recent years and her performance raised issues even though she has made 217 Camping World Truck Series starts, including nine starts at Talladega. Cobb’s best finish in a Truck at Talladega was 11th in 2018. She has been with underfunded teams in her career. Her incident with Norm Benning  this past weekend during the Truck race at Richmond Raceway had no bearing on this decision.
Cobb has one top-10 finish in the Truck Series. That came in 2011. She placed sixth in the season-opening race at Daytona International Speedway.
She has made three Xfinity starts since 2016 and none since 2018. Her last Xfinity start was April 28, 2018 at Talladega. She finished 29th in the 40-car field. Her only other Xfinity start at Talladega was in 2011. She finished 37th in the 43-car field for car owner Rick Ware. She was eliminated in a 21-car crash.
NASCAR has looked to strengthen its requirements for each series, particularly Cup in recent years.
In 2018, NASCAR permitted Tanner Berryhill to compete in the final two Cup races, including the championship race, even though he had never started a Cup race before and had last run in the Xfinity Series in 2014. Questions were raised about allowing any driver with such limited NASCAR experience in recent years to compete in a Cup race, let alone a playoff event.
Berryhill, driving for an underfunded team making its second series start, finished 31st at Phoenix after causing two caution flags, one for a spin and another for an accident. He ran to the finish the following week in the title race at Miami and placed 38th.
Earlier this season, NASCAR permitted former 1990 Daytona 500 winner Derrike Cope to compete in the season-opening race even though the 62-year-old had not run in a Cup race since 2018. It marked his 428th Cup starts. He was eliminated in a crash after three laps.