INDIANAPOLIS — Jimmie Johnson grew up watching the Indianapolis 500 and made it his goal to compete in the race. That goal faded as he became one of the greatest NASCAR drivers of all time, but he decided to give it a shot after witnessing the 2021 spectacle in person working for NBC.And in a… 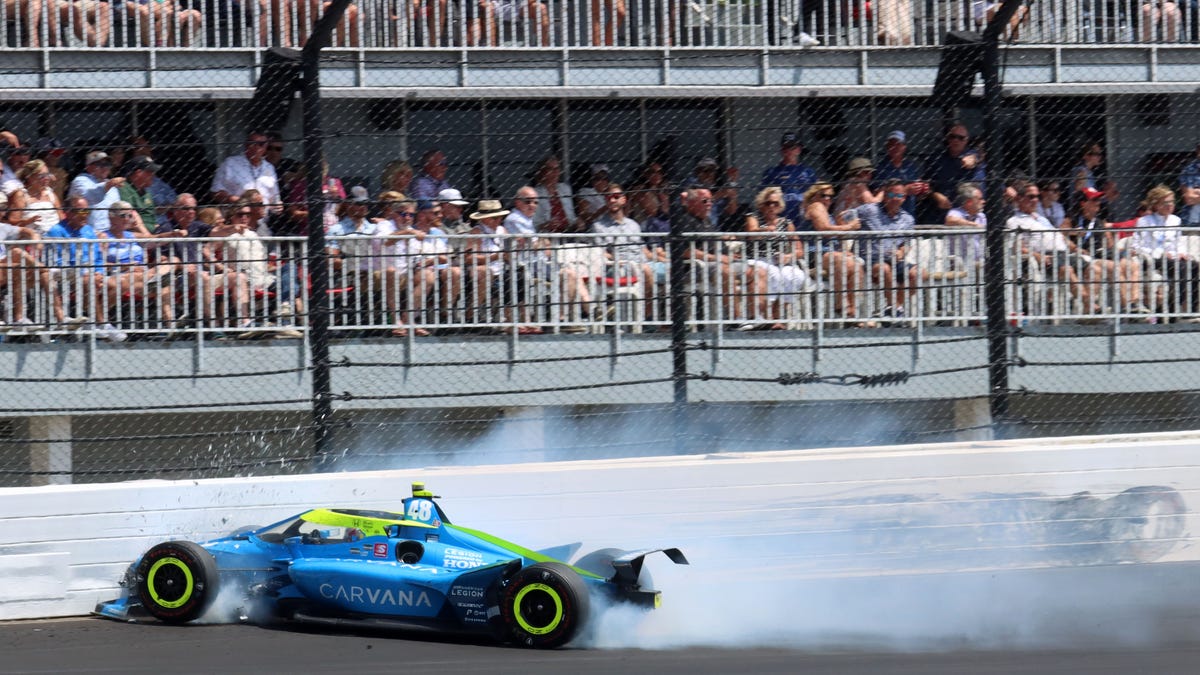 INDIANAPOLIS — Jimmie Johnson grew up watching the Indianapolis 500 and made it his goal to compete in the race. That goal faded as he became one of the greatest NASCAR drivers of all time, but he decided to give it a shot after witnessing the 2021 spectacle in person working for NBC.And in a matter of seconds on Lap 195, Johnson’s Indy 500 — not just the race, but the environment and tradition he basked in for two weeks — came to an abrupt and unceremonious end. He spun out on Turn 4 and crashed into the wall, leaving what he had considered to be an entirely positive experience with a bad taste in his mouth.“It’s mixed emotions,” he said, standing outside the track’s medical center after being medically cleared from the crash. “I really had higher expectations for a run throughout the race and just really couldn’t get through the field. Every time I set someone up for a pass and had the aggression for a pass, the car would wash out and I’d lose one or two spots and just kept falling further back in the field. Need more experience. That part was a little frustrating just to not have the car that I needed in traffic but certainly learned a lot and had a great experience out there.”Indy 500: Jimmie Johnson wrecks on Lap 194, bringing out red flagIndy 500 results: Marcus Ericsson wins wild race after Scott Dixon penalty, plenty of crashesJohnson took a brief lead late in the race, although it never had a chance to last because he hadn’t yet made his final pit stop. Still, he stayed competitive throughout. He started in 12th position and quickly dropped down to 16th, but didn’t have a lap with an average speed slower than 218.237 miles per hour.He didn’t know what went wrong on the crash; it all happened so quickly. His team had just changed the car’s tires, so he knows it wasn’t that. Ultimately he chalked it up to his lack of experience, another recurring theme throughout his past two weeks. He said multiple times leading up to the race that he didn’t know what to expect or how to apply his racing knowledge from NASCAR to the 500 because he hadn’t done it before.Ericsson wins Indy 500: ‘Much deserved.’ ‘Unbelievable finish’: Fans react to Marcus Ericsson’s first Indy 500 winMore Johnson: Jimmie Johnson’s car taken away after crash costs him the Indy 500Johnson stepped out of the car, knowing his day was over, and “said a few prayers” for his Chip Ganassi Racing teammate Marcus Ericsson, who was still in the mix for the checkered flag. Ericsson got the job done, crossing the finish line as Johnson emerged from the medical center.“Every lap counts,” Johnson said on what he learned from the race. “Every lap, every environment, every pass, every mistake that I make. You live and learn and it follows. You want to get better from it.”Reflecting on the whirlwind of two weeks that were practice, qualifying and competing in the self-proclaimed  greatest spectacle in racing in front of more than 300,000 thousand fans, Johnson was happy with the experience but unsatisfied with the result. He didn’t rule out a return to the Brickyard next year if everything lines up.“It was special,” he said. “It was more than I could have ever imagined. To be there with my family, experience that, it was really cool.”
Read More