I Am Going To Try, And Possibly Fail, To Explain NASCAR’s Pit Stop Procedures For This Weekend’s Mid-Ohio Xfin

The 2019 NASCAR Xfinity Series racePhoto: Meg Oliphant (Getty Images)There once was a time when NASCAR was all about simplicity. You just got behind the wheel of a car, and you raced it. Nowadays, you’d be lucky just to figure out how to follow a single race as a fan, and it’s only getting more… 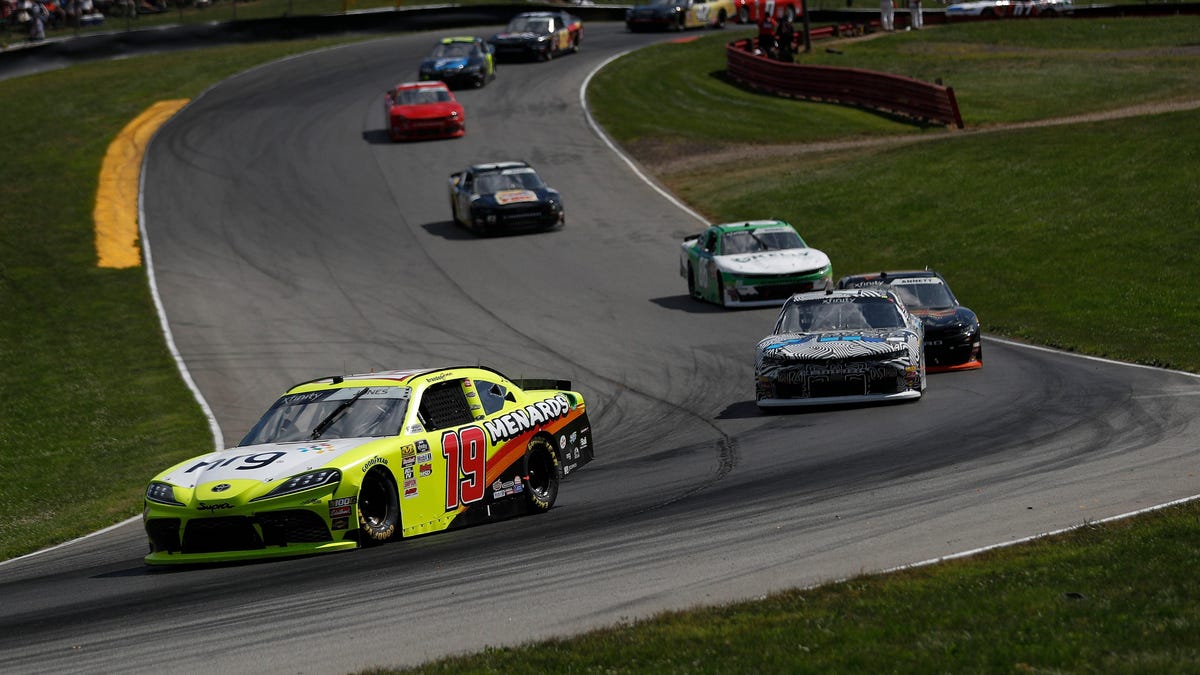 The 2019 NASCAR Xfinity Series racePhoto: Meg Oliphant (Getty Images)There once was a time when NASCAR was all about simplicity. You just got behind the wheel of a car, and you raced it. Nowadays, you’d be lucky just to figure out how to follow a single race as a fan, and it’s only getting more complicated this weekend as the series hits the Mid-Ohio Sports Car Course for one of its road races this year. So, in honor of this year’s Xfinity event, I’m going to make an effort to explain how to follow the pit stops, which have grown exceedingly complicated.First of all, if you don’t know much about Mid-Ohio, it’s pretty simple. The track, located in the middle of Ohio (see what they did there?) is a 2.258 mile road course that has hosted the NASCAR Xfinity Series multiple times.A special shout-out goes to FOX’s Bob Pockrass, who tweeted a photo of the pit stop rules in anticipation of the race, since he knew we’d all be confused as hell.Here are the basics:When a caution comes out, the field will be frozen in that order, with lucky dog cars immediately given the opportunity to come around to join the field.When pit road opens, all cars can pit, but you can’t change tires and add fuel. You can take four tires, or you can get fuel. You can’t do both. If you want to do both, you need to pit again.Stage breaks are different; at that point, drivers will have the opportunity to complete the “full pit cycle,” which in this case means they’ll have two chances to add fuel and then tires. Those full pit cycles at stage breaks will only be available for two laps; then pit road will close.That said, NASCAR can throw a “Quickie Yellow,” which provides one opportunity to add fuel or change tires. Pit road will close after one lap.If you pit under green, you will only be allowed to add fuel. You can only pit for tires if you’ve been in an incident and NASCAR has approved your stop.If it rains, you’ll be allowed to change to wet weather tires, or vice versa, any time.Green flag pit stops have to last at least 50 seconds. Yellow flag stops have to be completed within 70 seconds.G/O Media may get a commissionGot it? Good. Because now we’re getting into the complicated stuff, like the restart lineup, which will be organized as follows:Lead lap cars that didn’t pitLead lap cars that pitted onceLead lap cars that pitted twiceLapped cars that didn’t pitLapped cars that pitted onceLapped cars that pitted twiceFree pass, wave-around, or penalty carsPenalties, you say? Well, you can earn the following penalties for the following reasons.Restart Tail End for exceeding yellow flag maximum time limit on pit road, pitting after the first missed opportunity to pit, pitting when pit road is closed, or failing to maintain speed, position, or stay nose-to-tail. If you don’t catch back up to the field after a stop during a full pit cycle, you move to the back. If you mess with someone’s ability to enter or exit pit road, it’s the same thing.Pass-Through for exceeding green flag minimum time limit on pit road.Two Lap Penalty for changing tires and adding fuel on any stop or changing tires under green (unless NASCAR says you can).
Read More

Who made out best on pit road at Sonoma Raceway?
Restart chaos, late-race cautions and a ‘Dinger’ win at Mid-Ohio | NASCAR Extended Highlights