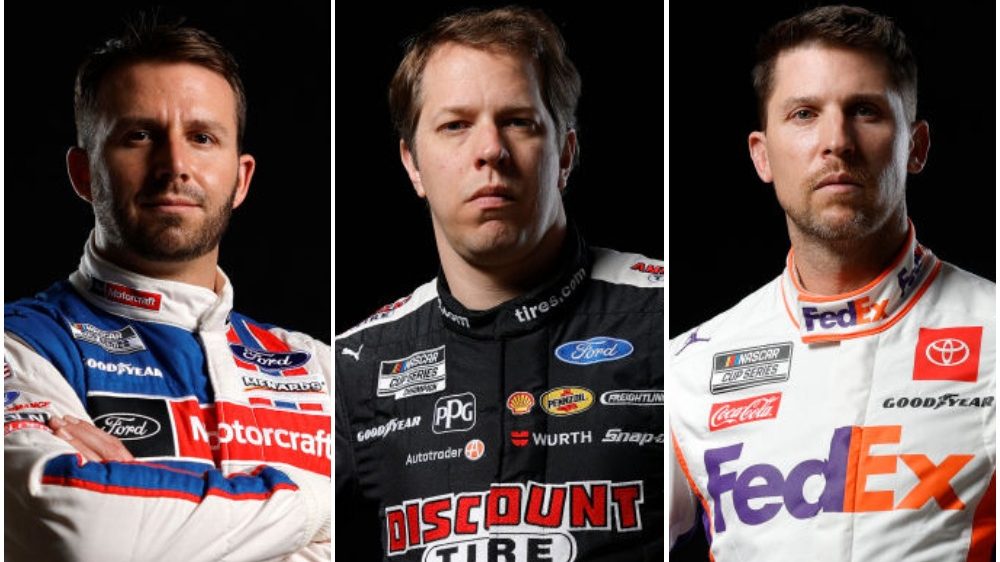 
3. Not the favorite?
Although the March 28 Bristol dirt race is about two months away, the anticipation for the first Cup race on dirt since 1970 grows.
While many would point to Kyle Larson as among the favorites for that race based on his vast dirt racing experience, Larson says he’s not.
“I don’t think you can pick a dirt guy as a favorite,” Larson told NBC Sports. “I know a lot of people will. (Christopher) Bell, myself and Ricky (Stenhouse), we’ve never driven anything like this. I guess Bell and I have with Trucks at Eldora. That’s a way different race track than Bristol.
“Bubba Wallace beat me the second year of the event (at Eldora) and he had to my knowledge, no dirt experience. Eldora would get so slick that it would turn into a pavement race in a way. The way you would drive it is kind of like a worn out pavement track. We’ll see how Bristol is. Maybe with more banking you can be more aggressive and maybe that will help the dirt guys some.
“I think the dirt guys, their edge on others will be how we can read a surface and change throughout the length of the race. .… We’ll probably be able to adapt to that quicker, but everybody is so good in the Cup series that they’re going to figure it out fast. I think it’s going to be the same people up front that you see running up front every week.”
Larson won the 2016 Eldora Truck race. He won his second consecutive Chili Bowl Nationals Jan. 16.

4. Helpful hand
Cup rookie Chase Briscoe says he’ll lean on Stewart-Haas Racing teammate Kevin Harvick this season, but the relationship between the two drivers is not new.
It goes back to Briscoe’s Xfinity debut at Atlanta in February 2018.
Chase Briscoe with Kevin Harvick at Atlanta in 2018. (Photo by Jerry Markland/Getty Images)
“Kevin has helped me a ton over the last two years,” Briscoe told NBC Sports. “My first Xfinity race, I wasn’t even driving at Stewart-Haas. I was with Roush (Fenway Racing) and we just happened to be pitted beside each other at Atlanta.
“I was wearing him out. I almost felt bad for him, how much I was talking to him. He was nothing but nice to me. Ever since that day he’s kind of taken me under his wing.
“Last year, I probably called him before five or six racetracks and talked to him for about 20-30 minutes. He’s been amazing to me. He’s been a huge help to me.”
Briscoe said he also received help from SHR’s Aric Almirola last season and expects to lean on Cole Custer, last year’s Cup rookie of the year, “a lot more than he probably realizes because he’s the most similar to me.”
5. Focused ahead
As Denny Hamlin enters his first season juggling his role as driver at Joe Gibbs Racing and co-owner of 23XI Racing with Michael Jordan, he knows some will watch his results closely to see if they dip. If so, some will suggest Hamlin is spending too much time with his new team.
“I just know that it’s going to be out there,” Hamlin told NBC Sports. “I could win three straight and have two bad weeks and that will be the topic, right? You’ve got to mentally prepare for that because you just know this sport is week to week and you’re only as good as you were the last week.”
Hamlin said he has his weeks figured out so he can manage both roles.
“I’ll spend my time at JGR just like I normally would on Mondays working on debriefing and figuring out what I could do better the previous week,” he said. “Then I’ll shift my focus on Tuesday or Wednesday to 23XI figuring out where was (their) shortfalls, how can (they) get better.”
Follow @dustinlong and on Facebook