Additionally, the sponsor during Brandon Brown’s win at Talladega Superspeedway has issued a statementBrandon Brown drove to victory lane last year at Talladega Superspeedway. His first career NASCAR win was overshadowed by a mistake.Fans chanted, “Fuck, Joe Biden” in the background as Brown climbed from his car. The reporter interviewing the driver mistakenly heard the… 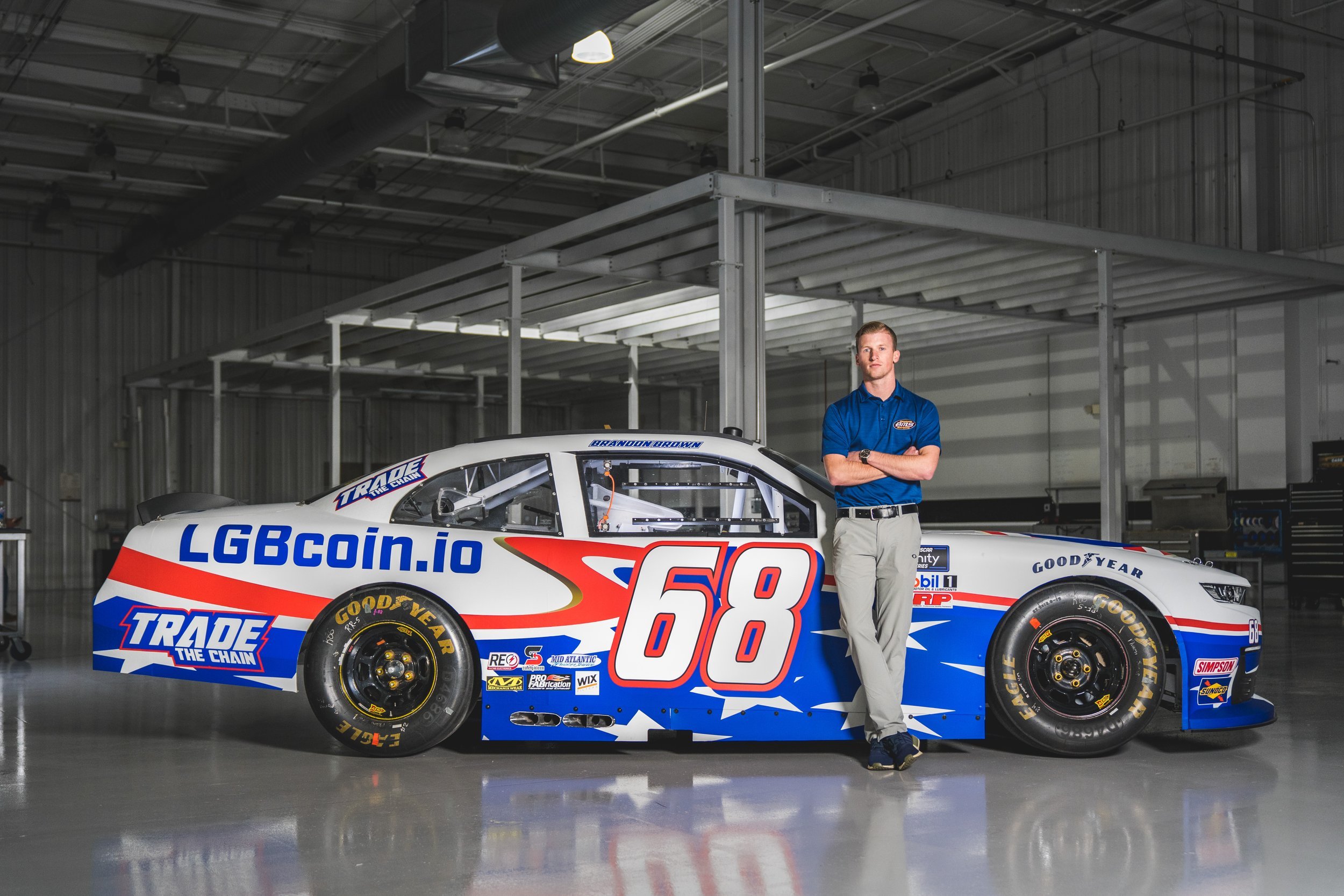 Additionally, the sponsor during Brandon Brown’s win at Talladega Superspeedway has issued a statementBrandon Brown drove to victory lane last year at Talladega Superspeedway. His first career NASCAR win was overshadowed by a mistake.Fans chanted, “Fuck, Joe Biden” in the background as Brown climbed from his car. The reporter interviewing the driver mistakenly heard the phrase as, “Let’s go Brandon.”Since, Brown’s life and career has changed significantly. The driver broke his silence on the chant a few weeks ago and soon after he noted that he was struggling to locate sponsors as his name was attached to a political chant.Then, they located a sponsor. LGB Coin, an acronym for, “Let’s Go Brandon” stepped in to sponsor the No. 68 NASCAR Xfinity Series car, full time in 2022. The company is a meme coin cryptocurrency.Initially, the paint scheme and sponsor was approved by NASCAR. Then, that approval was abruptly removed.Related: NASCAR denies ‘Let’s Go Brandon’ car; Sponsor threatens lawsuitRon Desantis comments on LGB Coin“I don’t think there’s anything wrong with LGB Coin,” Florida Governor Ron Desantis stated.“First of all, it wasn’t Brandon’s fault that any of this happened. If you remember what happened, he was being interviewed at a NASCAR race. There were fans in the crowd who were chanting very colorful language about Biden.”“And it was obvious that’s what was happening. But, then the reporter ran interference on that and said, ‘Oh they’re chanting Let’s Go Brandon, isn’t that great.”“People are looking at it and saying, ‘Wait a minute, you’re gas-lighting us, again. And we’re sick of it.’ ““I think part of the problem is, there were certain things that were ok in the last 4 years. You could say whatever you wanted about Trump. And that was fine. You know what, I didn’t complain about it. It’s a free country.”“Now, all of the sudden, it all has to be sanitized. Just because the regime doesn’t want to have anybody speak out against it.”Desantis concluded, “I don’t think that’s the way we want to go. I’m very much in favor of letting people speak their mind, however they want to do it.”Related: NASCAR fans chant: “F*** Joe Biden!” (VIdeo)TALLADEGA, ALABAMA – OCTOBER 02: Brandon Brown, driver of the #68 The Original Larry’s Hard Lemonade Chevrolet, celebrates in the Ruoff Mortgage victory lane after winning the NASCAR Xfinity Series Sparks 300 at Talladega Superspeedway on October 02, 2021 in Talladega, Alabama. (Photo by Chris Graythen/Getty Images)Sponsor during the Talladega win issues new statement“For those of you who don’t know me, my name is Vic Reynolds, I am the co-founder and Vice president of the Original Larry’s Hard Lemonade Brewing Company. Recently, there has been a lot of news regarding Brandonbilt Motorsports.”“Unfortunately, as of late, the news has been negative. I’d like to address this.”“First, I’d like to say that Brandon Brown is an incredible human being and the Original Larry’s Hard Lemonade Brewing Company has enjoyed a 3-year relationship with his race team.”“On October 2nd at Talladega Superspeedway, Brandon Brown won his first race in the number 68 Original Harry’s Hard Lemonade Chevrolet. The race was an extremely important win for Brandon, Larry’s and all the hard-working small businesses who have supported him for the last few years.”“Unfortunately, the win was overshadowed politically and instead of becoming a time of celebration, I believe it became a season of pressure for Brandonbilt Motorsports. Unfortunately, the pressure may have put Brandon’s race team in a position where mistakes may have been made in choosing a new sponsor, instead of sticking with the companies that got him to victory lane.”“And for this reason, I don’t blame Brandon. I truly believe in my heart that if he had the opportunity, he would be with us and this would be a different announcement.”“A wise man once told me that all money is not good money. Over the years, I’ve learned that you don’t have to be blood to be family.”“The Original Larry’s Hard Lemonade Brewing Company will continue to build upon its long-standing relationship with NASCAR. With regards to Brandon Brown, he will always be my brother.”Related: NASCAR team thought they had approval for Let’s Go Brandon sponsorRon Desantis comments on Let’s Go Brandon coinRelated: NASCAR driver Brandon Brown breaks silence on ‘Let’s Go Brandon’ chantLinksBrandon Brown | Brandonbilt Motorsports | Joe Biden | Talladega SuperSpeedway | NASCAR | LGBcoin.io
Read More