After many years of inertia, NASCAR’s franchising model is finally beginning to take on the intended effect, and “charters” in the NASCAR Cup Series are becoming enormously sought-after. Xfinity Series team Kaulig Racing recently announced that it would enter the Cup Series in 2022 with the purchase of two charters from Spire Motorsports. Trackhouse Racing… 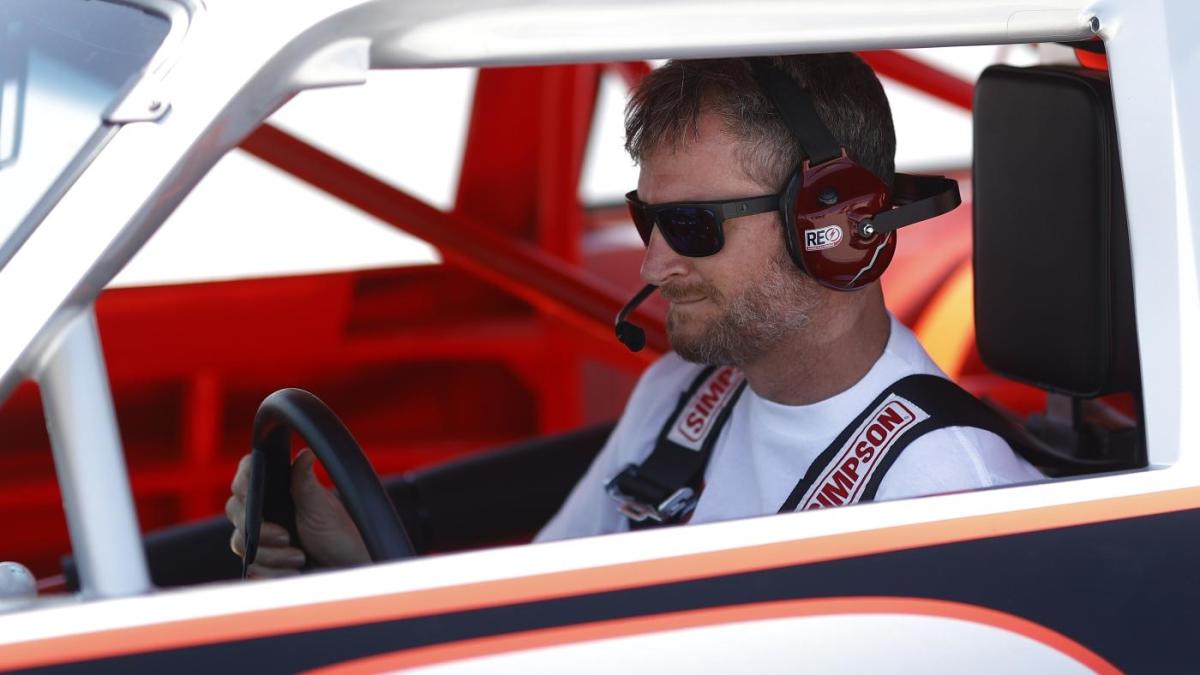 After many years of inertia, NASCAR’s franchising model is finally beginning to take on the intended effect, and “charters” in the NASCAR Cup Series are becoming enormously sought-after. Xfinity Series team Kaulig Racing recently announced that it would enter the Cup Series in 2022 with the purchase of two charters from Spire Motorsports. Trackhouse Racing one-upped that announcement on Wednesday with the news that it would purchase the entirety of Chip Ganassi Racing’s NASCAR operation, including its two charters.All of that has meant not just a new wave of ownership entering the Cup Series, but also a significant amount of money changing hands between parties involved. Money which might just be a bit too much for Dale Earnhardt Jr. to justify adding “Cup Series car owner” to his ever-expanding list of titles.During an episode of Ask Jr. on the Dale Jr. Download, Earnhardt acknowledged that while he believed the charter system becoming active was a great thing for NASCAR and its car owners, the asking price of charters — which guarantee a car a spot in each Cup Series race as well as various financial benefits — was too high for him to consider starting a Cup team for JR Motorsports, which currently fields four cars in the Xfinity Series. “I thought that the charter market was around $5 million, $7 million. Now you’re hearing it’s north of $10 million for a charter. You don’t know what to believe. But that’s way out of my range, buddy, I’ll tell you that,” Earnhardt said. “JR Motorsports ain’t gonna be racing no Cup Series if that’s what the charters are going for. I’ll just be honest.”

In the spring, Earnhardt acknowledged following a JR Motorsports victory at Martinsville Speedway that he and co-owner Kelley Earnhardt-Miller had talked “a little bit” about whether NASCAR’s Next Gen car presented an opportunity for the team to enter the Cup Series. However, the millions of dollars needed to acquire a charter alone will likely keep Earnhardt from making such a move, even if he believes the system works and gives car owners far greater value for their race teams than they’ve had in the past.”When these teams fold or sell, they auction the (equipment) off and people get it for a tenth or 20% of what it was worth. So now if you’re an owner and you have a charter, you’ve got real value,” Earnhardt explained. “You’ve got something that people want and are willing to pay for. If you’re selling a charter and you’re selling it for $10 million, that’s $10 million that you weren’t gonna get when you sold your team five years ago. So that’s amazing that they’ve somehow created this charter system, and it works.”As bad as I want two charters for JR Motorsports to go Cup racing, I love the idea that these things are expensive and they’re going up. And that’s a good thing for all of us. That’s a good thing for the whole industry.”

JR Motorsports has fielded full-time teams in the Xfinity Series since 2006, and Earnhardt’s team has helped launch the Cup careers of drivers like Brad Keselowski, Chase Elliott, William Byron, and others. JR Motorsports currently fields four full-time teams for drivers Michael Annett, Justin Allgaier, and Noah Gragson along with a car split by drivers Josh Berry and Sam Mayer.