Dale Earnhardt Jr. is under no illusions. He expects to have a solid No. 8 JR Motorsports Chevrolet for his lone NASCAR Xfinity Series start of the season Saturday at Richmond Raceway (2:30 p.m. ET, NBCSN). But he also knows these once-a-year adventures behind the wheel that he’s had since 2018 don’t make up for… 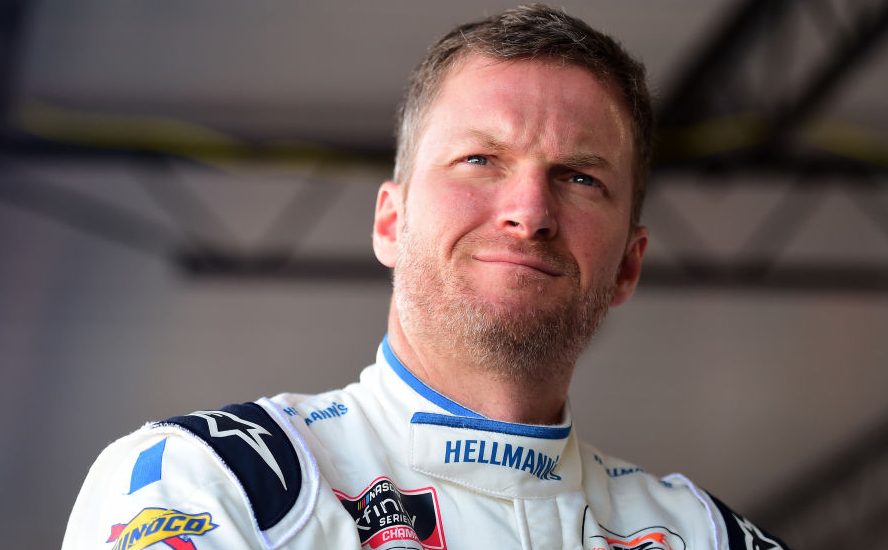 Dale Earnhardt Jr. is under no illusions.
He expects to have a solid No. 8 JR Motorsports Chevrolet for his lone NASCAR Xfinity Series start of the season Saturday at Richmond Raceway (2:30 p.m. ET, NBCSN).
But he also knows these once-a-year adventures behind the wheel that he’s had since 2018 don’t make up for being a series regular.
MORE: Saturday Richmond Xfinity Race: Start time, lineup, TV info
“They are in tune and plugged in,” Earnhardt said of series regular drivers during a Friday media teleconference. “They’re in the deep throes of the season. Their minds are in a groove. Their bodies are ready for what they’re gonna do this weekend.
“And I’m just gonna hop in there raw and unprepared, no matter how much I’ve studied, and try to compete with them. I think that’s gonna be a tall order.”
Instead of winning, the soon-to-be-inducted NASCAR Hall of Famer is focusing on other goals.
With two races left in the Xfinity regular season, he doesn’t want to cause trouble that hurts a playoff hopeful or blunts momentum for someone that’s locked in – especially if they’re his own JRM drivers.
One of them, Michael Annett, is trying to catch Riley Herbst, who is 46 points ahead of Annett, for the final playoff spot. The others, Justin Allgaier and Noah Gragson, are already set for the postseason.
There’s also refreshing the memory banks for his day job as an analyst for NBC Sports. Getting inside the car is particularly important in that regard for Earnhardt.
As he gets farther away from his days of racing full-time, the little details he once knew as a driver are harder to remember.
“When I get out of the car, I write a lot of notes down – but it ain’t for the crew chief, it’s for me,” he said. “Going back into that broadcast booth going forward, trying to keep all that stuff fresh on my mind of what the drivers are dealing with. That’s my job as an analyst, is to sort of explain where the driver’s mind is at any given moment of a race.
“To be honest with you, getting inside this car for this one race is more about that for me. It probably means something (different) to a lot of different people that are supporters and stood by us through the years, but for me, it’s just a great refresher. It helps me so much as an analyst to be reminded about all those things. I can get a lot of information that will help me in the booth from this one little race.”
Above all, Earnhardt just hopes to get all the laps in and have some fun.
He says that he misses driving and does have the occasional daydream about what it’d be like to drive full-time again. But these once-a-year runs seem to be enough to scratch the itch.
“The last couple times I’ve ran these races, I’m excited and I get in the car and I’m like, ‘Man, this is so good,’” he said. “All the emotions and the senses and everything coming back to you. It just feels right. You feel like you know what you’re doing, and you and the car are in tune.
“Then about halfway through the race, you kind get to the point where you’re, ‘Alright, I’m good, we can stop (Laughs).’ It’s like halfway through the roller coaster ride and you’re, ‘Alright, that was fun, I’m good, I can get off now.’
“Hopefully, it just goes well. I’m looking forward to it. We’re probably gonna do this again next year and just keep on doing these one-offs as we go. I don’t know if I wanna do more than that.”