Ross Chastain delivered a finish to remember at Circuit of the Americas with his bump of AJ Allmendinger.Chastain scored the first win of his career on Sunday after he pushed Allmendinger into Alex Bowman on the final lap. Allmendinger had bumped Chastain out of the way for the lead seconds earlier, so Chastain got his… 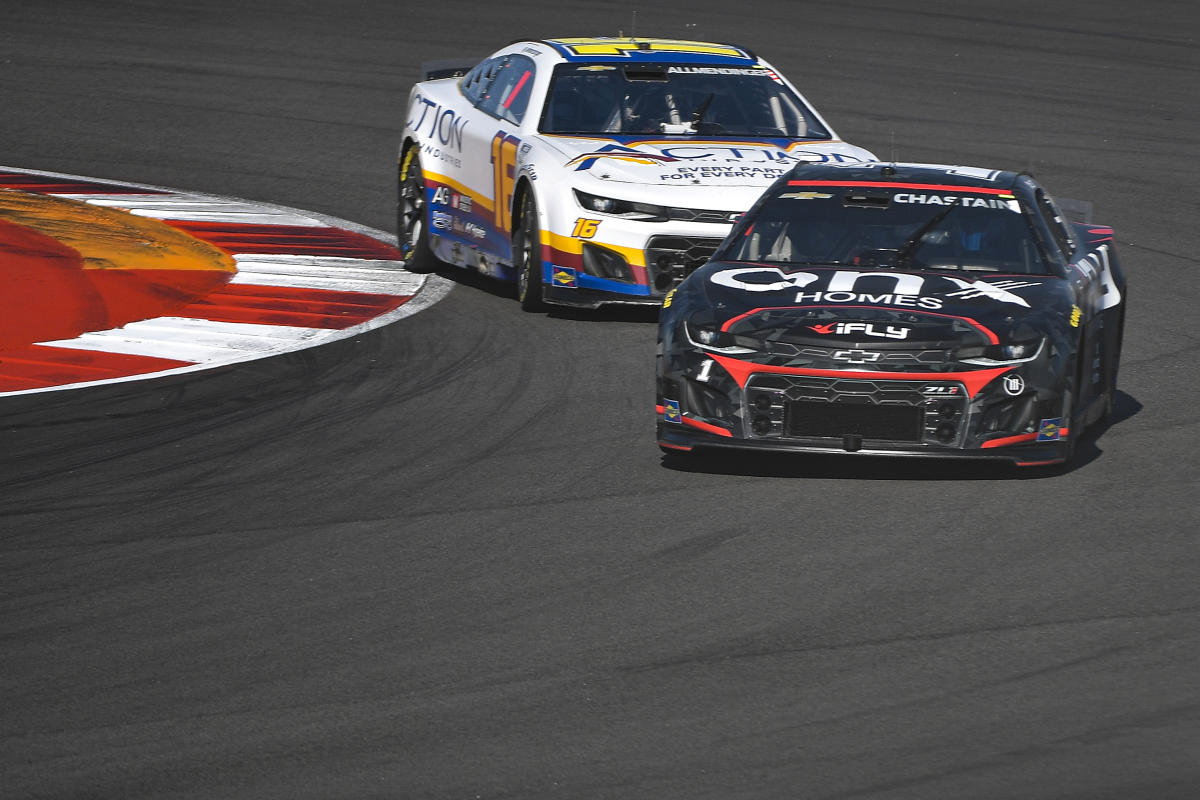 Ross Chastain delivered a finish to remember at Circuit of the Americas with his bump of AJ Allmendinger.Chastain scored the first win of his career on Sunday after he pushed Allmendinger into Alex Bowman on the final lap. Allmendinger had bumped Chastain out of the way for the lead seconds earlier, so Chastain got his revenge and took out his other challenger for the win in the process as Bowman had snuck into the picture when Chastain and Allmendinger were tussling.It was an ending to the race that NASCAR could only dream of and one of the most climactic road course race finishes in the last decade. It’ll be replayed for years. But its greatness shouldn’t overshadow how Sunday’s race was a glaring example of NASCAR’s need to overhaul the way that road course races are run.Road course races are now a significant part of NASCAR. There are six of them among the 36 points races on the Cup Series schedule for the second straight season and NASCAR’s new Cup Series car was designed to be better handling on tracks with left and right turns than its bulkier predecessor.The adjective bulky can also be used to describe Sunday’s race. The race — which went a lap longer than scheduled — took 3 hours and 20 minutes to get to the tussle between Chastain and Allmendinger thanks to the inefficient way that NASCAR officiates road course races. The average green-flag run during Sunday’s 69-lap race was just 5.6 laps despite green-flag runs of 16 and 14 laps among the first 31 laps.Unlike IndyCar and Formula 1, NASCAR only implements full-course cautions at road courses when debris or stalled cars need to be retrieved from the track. Earlier in the day on Sunday, Formula 1 implemented a virtual safety car to move two stalled cars from the entrance to pit road. Those cars were only blocking a small part of the 3+ mile Jeddah Street Circuit and didn’t require a lot of cleanup. There was no need for the race to be halted entirely and the field bunched up.Ross Chastain bumped AJ Allmendinger out of the way for his first NASCAR Cup Series win on Sunday. (Photo by Logan Riely/Getty Images)At the 3.4-mile COTA, six of the nine full-course cautions throughout the NASCAR race were because of fluid or debris in a small part of the track or a stopped car. If NASCAR had local yellows or other safety measures like the two open-wheel series, the races could have kept going while the track was cleared. Instead, the minor incidents and cleanups required the race to be slowed for at least a lap to inordinately extend the race’s runtime and give viewers a chance to change the channel to the Elite Eight games on CBS.Another two of the unnecessary full-course cautions were for pre-planned stage breaks. NASCAR’s stage racing format isn’t going anywhere, so asking for the abolishment of stages is a fruitless endeavor. But getting rid of the pre-planned cautions that come with the conclusions of Stage 1 and Stage 2 at road courses would help keep viewers engaged and also increase the quality of racing.Keeping stages but ditching the cautions that come with them would re-introduce a strategy aspect that’s sorely been missing from road course racing over the last five seasons. Part of the appeal of NASCAR road course racing is the myriad ways that teams manage their tires and fuel to get to the end of the race. With two known caution flags, the strategy options for teams are limited and much more vanilla.The cautions also unnecessarily extend the length of races. At 68 laps and an approximate time of 2 minutes and 15 seconds a lap, Sunday’s race at COTA was going to take at least 2.5 hours without any caution flags to interrupt the proceedings. Throw in the nine caution flags and the extra lap for overtime and the Cup Series race took 10 minutes longer than the combined run time of the last two 56-lap Formula 1 races at Circuit of the Americas.And let’s be blunt; F1 is quickly emerging as NASCAR’s major U.S. motorsports competitor among adults in the 18-49 demographic. A week ago, the season-opening F1 race drew 1.35 million viewers in the United States while the NASCAR race at Atlanta had significantly more viewers at 4 million. But NASCAR’s advantage was made up nearly entirely of adults over 50. Over 650,000 people between the ages of 18-49 watched the F1 race while approximately 715,000 adults in that same demographic watched the Cup race.F1’s appeal among younger viewers in the United States can be attributed to a lot of factors. And its efficient races and race lengths is likely one of them. Watching F1 is a two-hour maximum commitment most weekends. NASCAR requires a lot more of a viewer’s time to watch the whole story unfold. All of the first six races of the season have taken over three hours to complete.That extended runtime is why NASCAR should be doing all it can to not give viewers an opportunity to change the channel during those extended TV windows. Yeah, the payoff for sticking with Sunday’s race at COTA was worth it for everyone who watched from start to finish. But that doesn’t mean the grueling staccato journey to get there shouldn’t be re-evaluated.
Read More