Chase Elliott named NASCAR’s most popular driver, but what’s up with that hat? 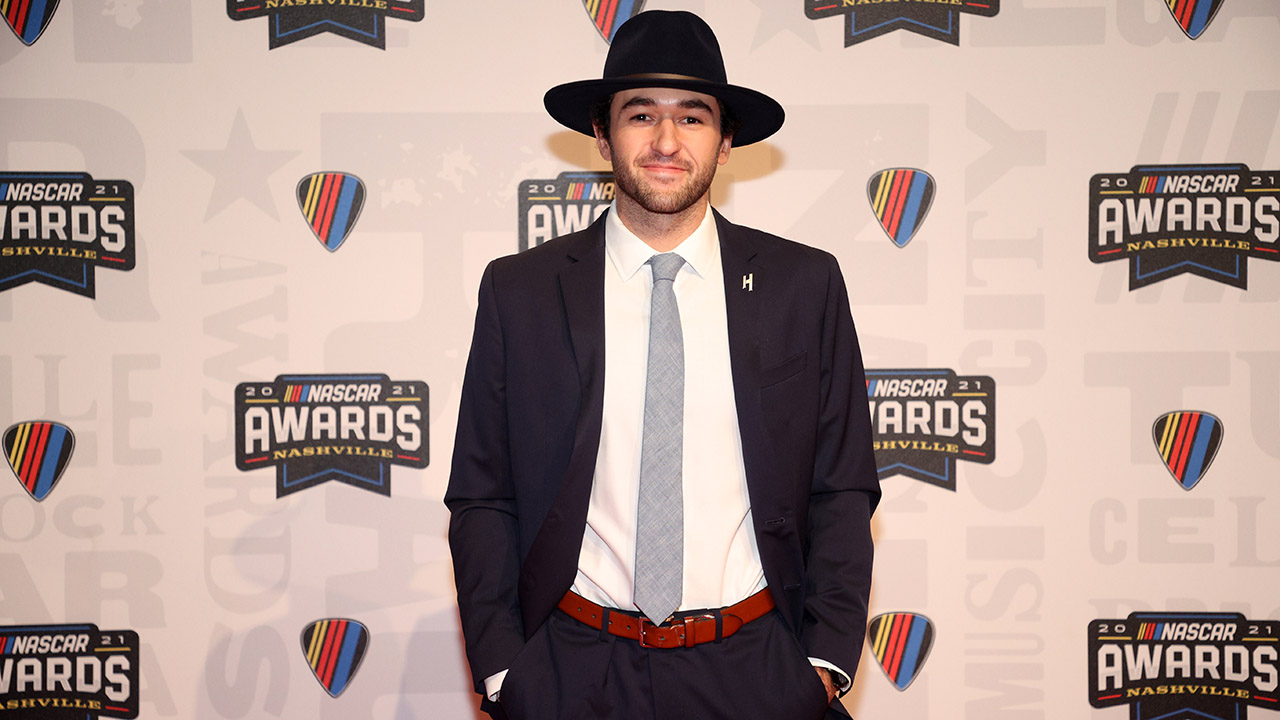 Chase Elliott was named the NASCAR Cup Series’ most popular driver on Thursday night at the annual awards banquet in Nashville.
Chase Elliott has won NASCAR’s most popular driver award four years straight.
(Chris Graythen/Getty Images)The 2020 champion finished fourth at this year’s finale in Phoenix. It was the fourth time in a row Elliott won the award, which is decided by a fan vote. “For me, I’m just as guilty as anybody, I don’t often realize just how much of an impact you can have or just how much someone is paying attention to what you do – just how much some young man or some young girl is looking up to you,” Elliott said.”I think those things are important to recognize and try to set a solid example at least or try to most of the time. The fans have been a huge part of my career and super proud to have that support and enjoy trying to make them proud in the process.”Elliott got additional attention at the event for the unusual bolero-style hat he wore to the event.When asked by Fox Sports reporter Bob Pockrass where he got it, the low-key Elliott answered, “the hat store.””I thought for sure someone else would have a hat on here, but they didn’t, so I was the solo guy with the hat, but that’s fine, I like it. It’s a nice navy hat. I enjoy it, that’s all that matters.”CLICK HERE TO GET THE FOX NEWS APPElliott has held the most popular title since Dale Earnhardt Jr’s 15-year streak ended with his retirement in 2017. The last driver to win being Elliott’s father Bill, who won-the vote 16 non-consecutive times during his career.
Justin Allgaier finished fifth in the Xfinity Series.
( Jared C. Tilton/Getty Images))Justin Allgaier won the Xfinity Series most popular award while rookie Hailie Deegan won in the Truck Series.
Hailie Deegan was third among Truck Series rookies.
(Jared East/Getty Images)CLICK HERE FOR MORE NASCAR NEWS
Read More