Radio issues were the focus of Chase Elliott’s day at Kansas Speedway, but he saw a couple of restarts as playing a key role in not racing for the win. Elliott finished sixth in Sunday’s playoff race despite sporadic contact with his crew because of radio problems. A bigger issue turned out to be Joey… 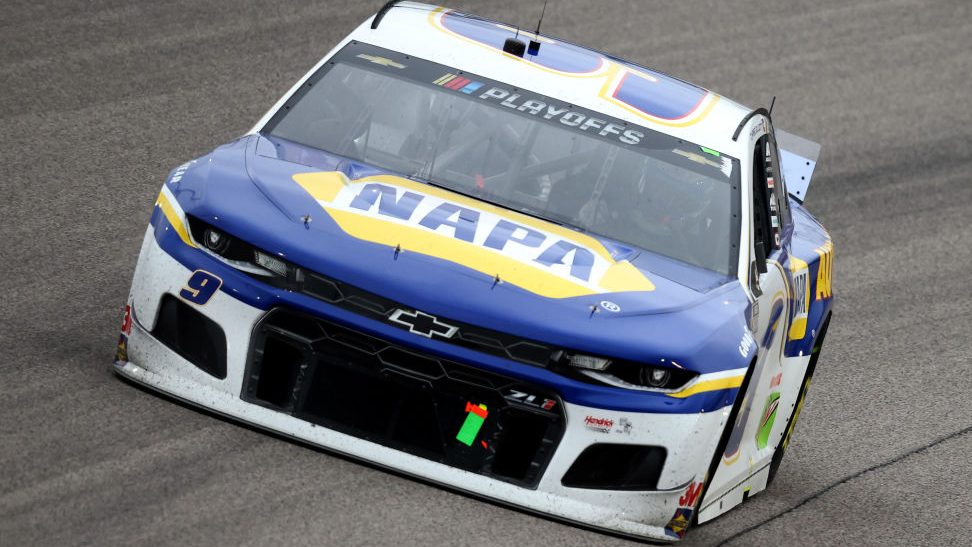 Radio issues were the focus of Chase Elliott’s day at Kansas Speedway, but he saw a couple of restarts as playing a key role in not racing for the win.
Elliott finished sixth in Sunday’s playoff race despite sporadic contact with his crew because of radio problems. A bigger issue turned out to be Joey Logano winning the race. That put Logano in the title race and dropped Elliott out of a transfer spot.
Three spots remain for the Nov. 8 Cup finale at Phoenix Raceway. Elliott is eight points behind Brad Keselowski for the final transfer position. This is Elliott’s fourth consecutive year in the Round of 8. He’s never advanced to the championship race.
Elliott wasn’t sure what caused the communication issues with his team and spotter, although faulty earplugs were suspected.
“The good news was they could hear me, I just couldn’t hear them once we went green,” Elliott said. “Once we kind of had the situation understood, that they could hear me and I just couldn’t hear them, that helped, obviously. And then from there, I just kind of knew what to expect. I was just trying to pay attention to lap count and when everybody else was going to start pitting or not. But I don’t think it ultimately hindered our performance at all.”

Elliott was more focused on restarts. He was eighth on a restart on Lap 168 of the 267-lap race but was outside the top 10 within three laps. He climbed back into the top 10 but hovered between eighth and 10th before Kurt Busch’s engine blew and brought out  the caution on Lap 199.
Elliott restarted ninth on Lap 205 and lost three spots immediately. It took him four laps to get back to ninth.
“Sometimes you try to get greedy and you end up hurting yourself,” he said of some of his restarts. “I feel like that’s kind of what I did. there on a couple of occasions. Sometimes to have a big run and realize that not doing something with it is going to net you better (results) in a couple of laps; that’s just something I need to do a better job of.”
Next for the series is Texas Motor Speedway. He finished 12th there in July.
“Texas has been a struggle … since the repave,” Elliott said earlier this week. “So, that one for sure, sticks out. I’m not thrilled about going there. But the people who win a lot of races and win championships don’t have bad race tracks and that’s just a fact.”
Elliott has one top 10 in his last five Texas starts.
“I think for us we just have to treat every week like it’s our last chance, like it’s the last race of the year because that’s the best way I think we can approach them,” he said. “I think if you were ever to make the final four one day you’re going to be better prepared for it because you’ve got to go to that last race and likely win. I think the more we put ourselves in that position, recognize that now, the better off we’ll be and the better we’ll be prepared.”

Martin Truex Jr. to start from the rear at Kansas
NASCAR reinstates driver Kyle Larson after he was suspended for saying a racial slur