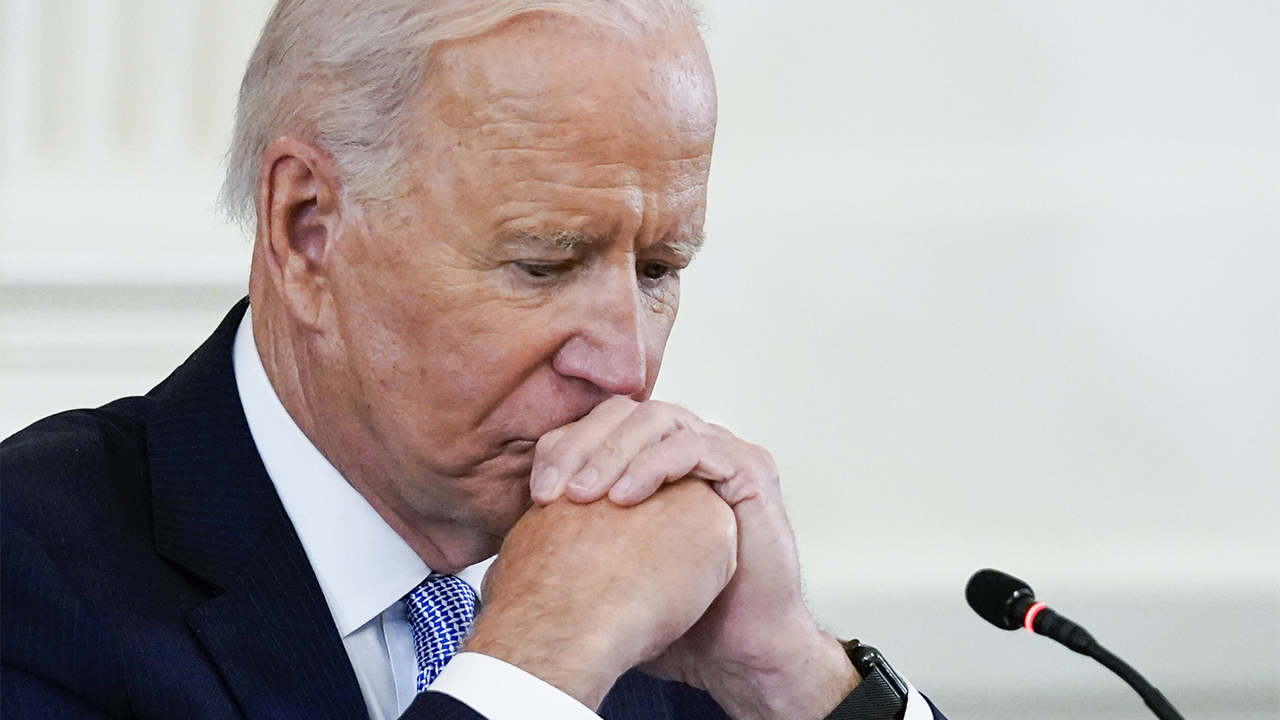 Hits and Misses The week’s best and worst from Kim Strassel, Mene Ukueberuwa, Kyle Peterson and Dan HenningerChants of “F*** Joe Biden” rained down from the crowd at Alabama’s Talladega Superspeedway after Brandon Brown captured his first NASCAR Xfinity Series race victory.The anti-Biden chants came during Brown’s post-race interview. After Brown told a reporter his victory was a “dream come true,” the crowd began to loudly shout in unison their displeasure with the president. BIDEN SAYS ‘EVERYBODY IS FRUSTRATED’ AS AGENDA STALLS IN CONGRESS AMID DEM DIVISIONThe reporter acknowledged the chants and claimed the fans were shouting “Let’s go Brandon!”NASCAR initially posted video of the interview with the chant but later deleted the tweet. Fox News reached out to NASCAR to ask why the post was taken down but did not immediately receive a response.NASCAR officials called the race with five laps remaining in the scheduled 113-lap race at the 2.66-mile speedway due to poor visibility. Brown was declared the race leader as a final caution flag flew with 11 laps remaining. Brown defeated playoff driver Brandon Jones in the last scoring loop.”Dad, we did it, let’s go!” Brown yelled to the camera during the interview. HANNITY: BIDEN’S PLEAS FOR ‘SOCIALIST’ TAKEOVER IS PROOF HE ‘DOESN’T CARE ABOUT YOUR KIDS, GROCERY BILL, JOB’The “F— Joe Biden” chant has surfaced at sporting events across the United States — mainly in southern states — and has been especially popular at college football games where tens of thousands of fans have been packing stadiums in defiance of the Biden administration’s strict coronavirus guidelines.
Read More