Car Quiz: Can you identify these NASCAR tracks? 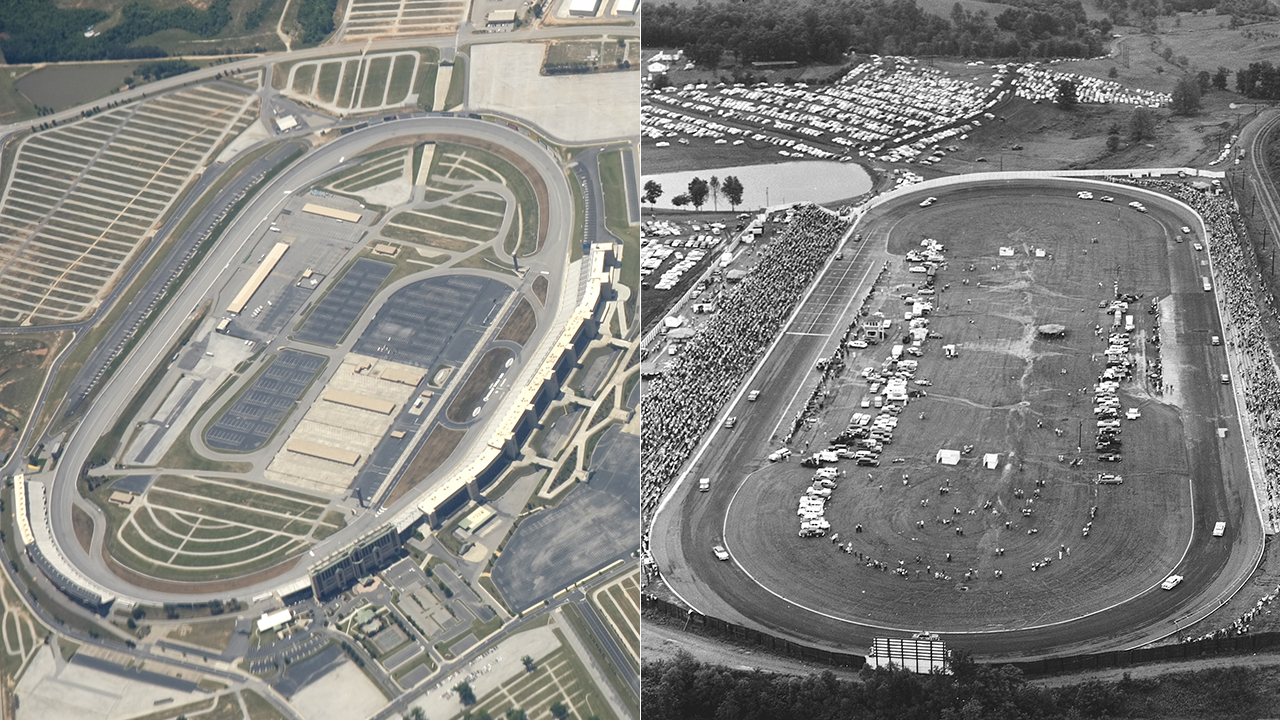 NASCAR is returning from its Olympic break this weekend to one of the most historic and recognizable tracks on the circuit.
Watkins Glen International is known for its powder blue guard rails.
(David Hahn/Icon Sportswire via Getty Images)New York’s Watkins Glen International road course first hosted a NASCAR Cup Series race in 1957 and is known for its distinctive powder blue guard rails.Every track the series visits is unique, however, even the ovals. But it still takes a true fan to pick them out.We’ve collected photos of five tracks from throughout the years for you to try to name and the answers can be found if you scroll down to the bottom of this story, so no peeking, please!1.

(Jeffrey Greenberg/Universal Images Group via Getty Images)Hint: This track will never look like this again as it is currently undergoing a renovation that will make it narrower with steeper banking on the curves.2.

(ISC Archives/CQ-Roll Call Group via Getty Images)Hint: It’s the only track from NASCAR’s first season that’s still in use.4.

(ISC Archives/CQ-Roll Call Group via Getty Imag)Hint: It was both NASCAR’s first fully-paved track and superspeedway.CLICK HERE TO GET THE FOX NEWS APP5.

(ISC Archives via Getty Images)Hint: This was the proposal for the track that would become NASCAR’s most important………..Answers:1. Atlanta Motor Speedway2. North Wilkesboro Speedway3. Martinsville Speedway4. Darlington Raceway5. Daytona International SpeedwayHERE’S ANOTHER CAR QUIZ TO TRY: CAN YOU IDENTIFY THESE TAILLIGHTS?
Read More