Bubba Wallace to race in No. 23 for Michael Jordan, Denny Hamlin NASCAR team 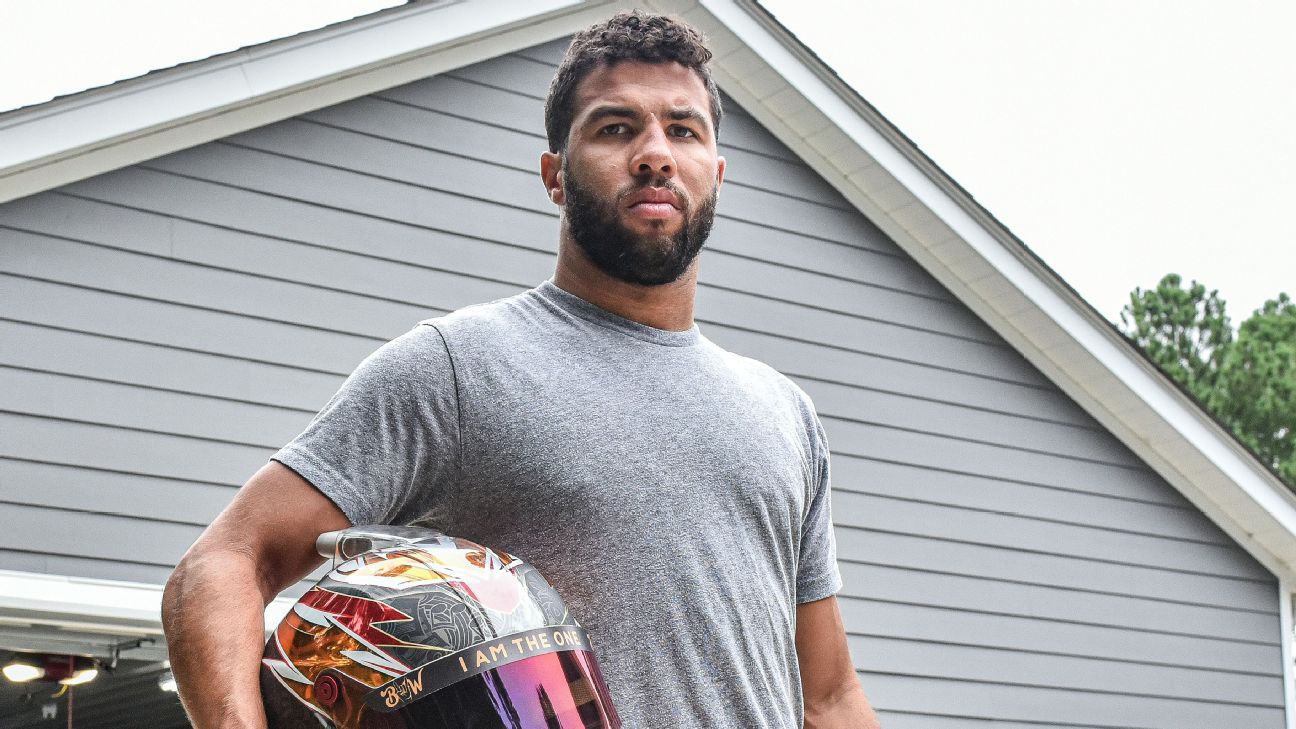 playStephen A.: MJ is becoming a pioneer by forming NASCAR team (1:10)Stephen A. Smith explains how Michael Jordan is becoming a pioneer and diversifying NASCAR by forming a team with Bubba Wallace as the driver. (1:10)12:50 PM ETAssociated Press CHARLOTTE, N.C. — Picking the car number for Michael Jordan’s new NASCAR team was a slam dunk: Bubba Wallace will drive the No. 23 car when the team makes its debut next season.Jordan named his team 23XI Racing — pronounced twenty-three eleven — in honor of both his retired uniform number with the Chicago Bulls and the car number of his partner and three-time Daytona 500 champion Denny Hamlin.Jordan and Hamlin announced last month that they had formed a NASCAR team with Bubba Wallace as the driver, a high-profile pairing of a Black majority team owner and the only Black driver at NASCAR’s top level.This is the start of the new adventure! So ready! #23XI https://t.co/8y9UY6fo32— Bubba Wallace (@BubbaWallace) October 22, 2020 The team made the announcement by launching social media pages that include a video and a “Here we come. #23″ message.”A new chapter in Motorsports. The norm doesn’t fit for us. This is only the beginning. @23XIRacing,” Hamlin tweeted.The team has not named a manufacturer for its debut at the 2021 Daytona 500, but because Hamlin drives a Toyota for Joe Gibbs Racing, the No. 23 will almost certainly be a Camry aligned with JGR.Jordan becomes the first Black principal owner of a full-time Cup team since Hall of Famer Wendell Scott drove his own race car in 495 races from 1961 to 1973.Wallace is the only Black driver in the Cup Series and this season used his platform to push for racial equality. The 27-year-old successfully urged NASCAR to ban the display of the Confederate flag at its events.