NASCAR driver says Keselowski was attempting to, “Wreck the field”Brad Keselowski caused more than one multi-car crash in the Daytona 500. The post-race comments from the opening points race for the NASCAR Cup Series shows frustration.Hear from the NASCAR drivers on the Keselowski crashes below.Crash 1With 3 to go in stage one, Harrison Burton led… 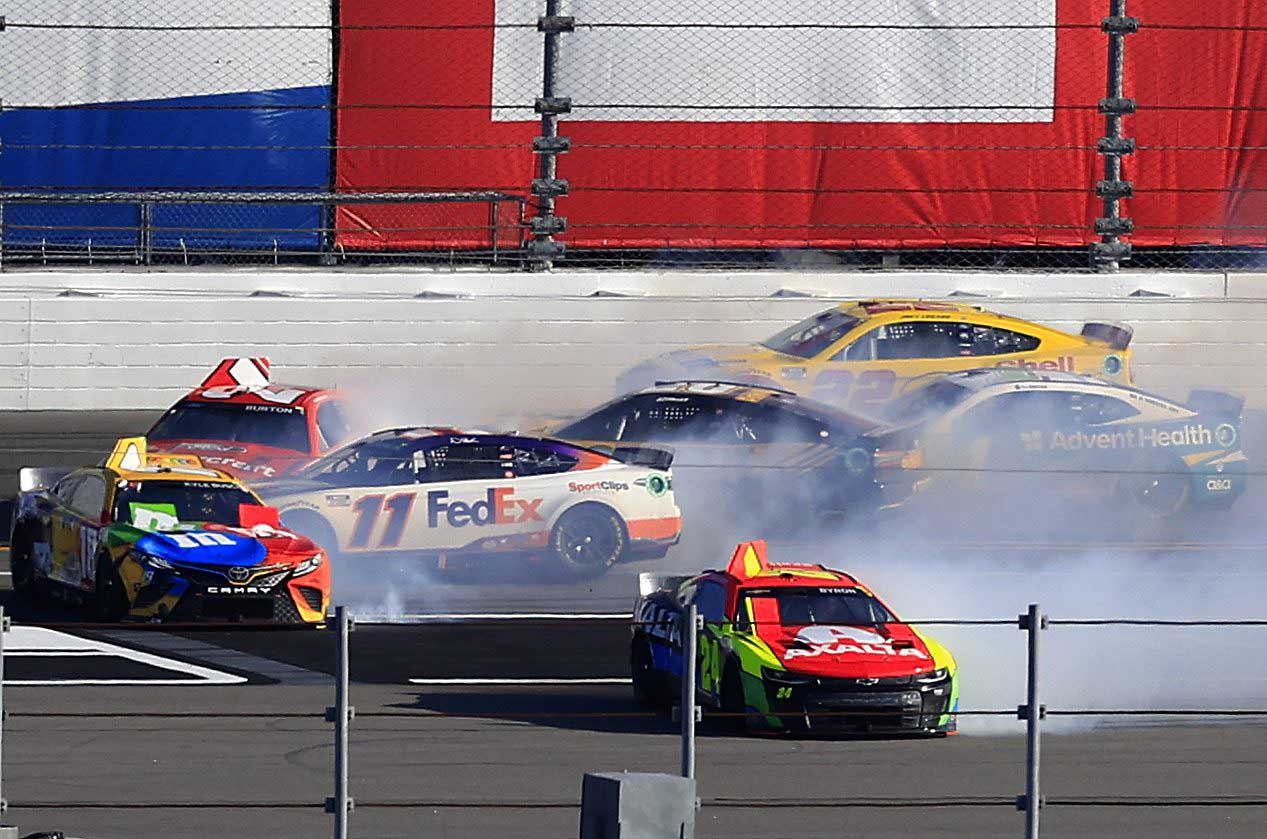 NASCAR driver says Keselowski was attempting to, “Wreck the field”Brad Keselowski caused more than one multi-car crash in the Daytona 500. The post-race comments from the opening points race for the NASCAR Cup Series shows frustration.Hear from the NASCAR drivers on the Keselowski crashes below.Crash 1With 3 to go in stage one, Harrison Burton led a charge from the outside lane with a huge push from Brad Keselowski off turn two. Burton was turned, he spun across the track and collected William Byron on the inside lane.Other involved: Ross Chastain, Denny Hamlin, Kyle Busch, Christopher Bell and Alex Bowman.Burton went for the ride of his life. The car flipped upside down and the roof slammed the pavement. The car than rolled the rest of the way over and landed back on it’s wheels.Crash 1: Harrison Burton commentsIt was the first time Harrison Burton had gone upside down in his racing career.“It’s never good. You always hear about how it goes quiet and that’s true,” Harrison Burton told FOX Sports after exiting the care center.“Frustrating weekend, we worked all week, leading up to that. I don’t know, it’s hard for me to tell what happened. I feel I maybe just got a push in a bad spot on the bumper.”He added, “Just got turned around there.”Crash 2DAYTONA BEACH, FLORIDA – FEBRUARY 20: Austin Cindric, driver of the #2 Discount Tire Ford, leads the field during the NASCAR Cup Series 64th Annual Daytona 500 at Daytona International Speedway on February 20, 2022 in Daytona Beach, Florida. (Photo by Mike Ehrmann/Getty Images)Toward the end of the race, Keselwoski was involved in a similar incident. With just 7 laps to go, Ricky Stenhouse Jr led the field from the outside lane on a restart.Cindric nosed ahead with a huge push from Ryan Blaney. Stenhouse Jr fell back to 4th on the outside lane but he had help from Keselwoski.Perhaps too much help. As Keselowski pushed on Stenhouse Jr’s bumper, Stenhouse went around off turn four. He spun across the track and slammed the outside wall.Others involved in crash: Chris Buescher and Bubba Wallace.Crash 2: Ricky Stenhouse Jr comments“I had position all day really and felt like we were really pushing people at the right time,” Stenhouse Jr. told FOX Sports’ Bob Pockrass.“There were definitely spots on the race track you didn’t want to push or get pushed. The 6 (Keselowski), I guess found that out a couple times today.”“I guess he just tried to wreck everybody in the field until he won,” Stenhouse said. “I guess his other car won that he gave up. So kudos to him.”“I thought we all pushed really good,” Stenhouse added. “You just can’t push on the exit of a corner. He did it off of Turn 2 to the 21 (Burton) there and then off of 4 for me. Just the wrong place.”Brad Keselowski commentsDAYTONA BEACH, FLORIDA – FEBRUARY 17: Brad Keselowski, driver of the #6 Kohler Generators Ford, Ryan Blaney, driver of the #12 Menards/Blue DEF/PEAK Ford, and Austin Cindric, driver of the #2 Discount Tire Ford, race during the NASCAR Cup Series Bluegreen Vacations Duel #1 at Daytona at Daytona International Speedway on February 17, 2022 in Daytona Beach, Florida. (Photo by Jared C. Tilton/Getty Images)“Whenever somebody spins out obviously there’s somebody over-aggressive, but in the moment I didn’t,” Keselowski said.“I was just pushing. We weren’t even all the way up to speed, so I feel like it was a crazy time to be pushing, but obviously, the results say different.”Keselowski added, “I thought down the backstretch we were gonna win the race, and just the 12 (Blaney) and the 2 got a really good push from (Bubba Wallace) and basically cleared our lane and then our lane kind of broke up there at the end. It was really close, just green-white-checkers.”Related: Daytona 500 results from February 20, 2022 (NASCAR Cup Series)LinksBrad Keselowski | Harrison Burton | Ricky Stenhouse Jr | Daytona International Speedway | NASCAR
Read More