NASCAR gearing up for full capacity crowdsWith COVID-19 restrictions rolling back in some states, NASCAR is getting ready to welcome back fans with no capacity limits. The Pocono Raceway will be one of the first racetracks this year to have no capacity limits for its double-header in June.Alex Bowman parked the No. 48 Chevrolet in… 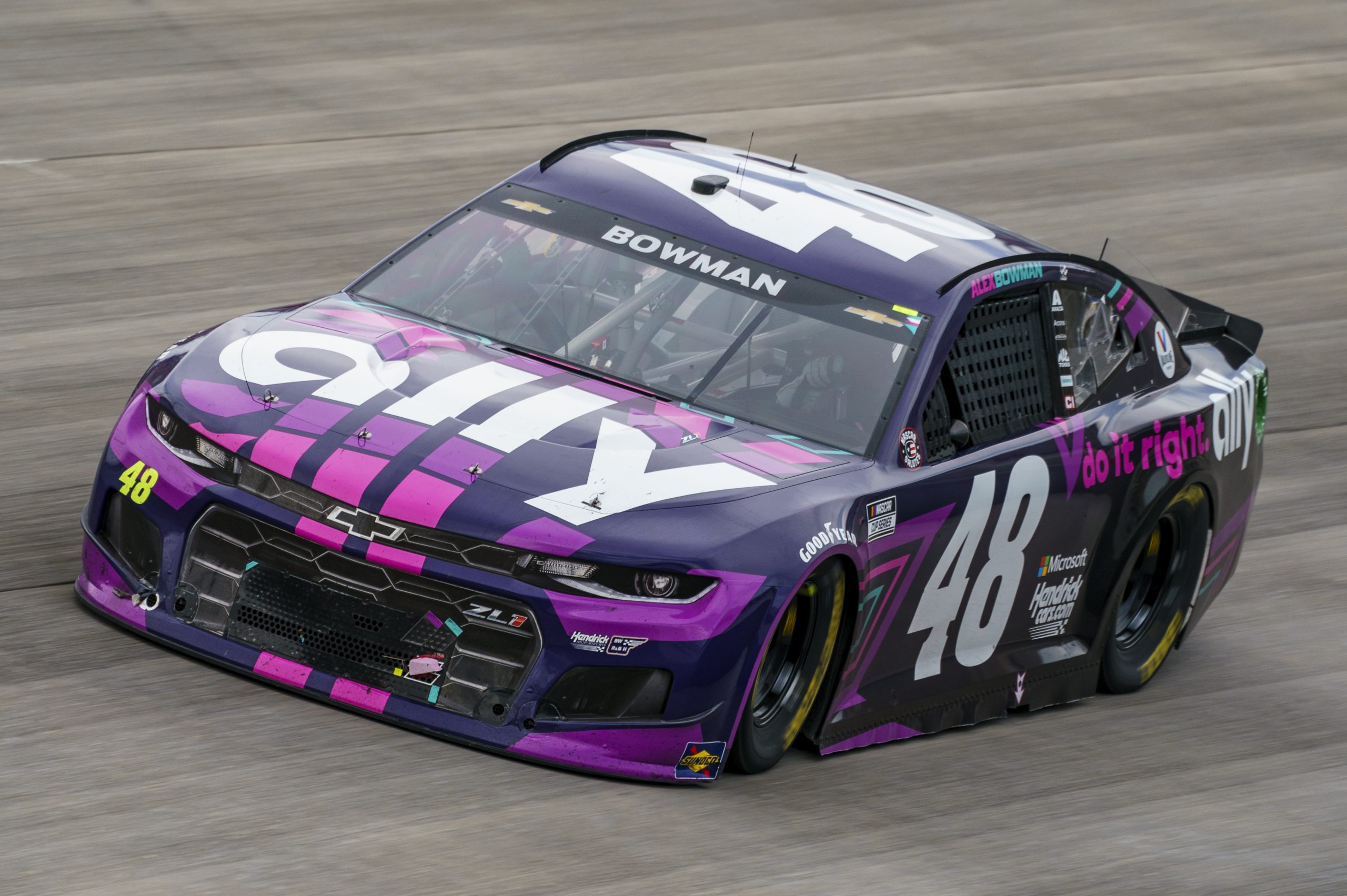 NASCAR gearing up for full capacity crowdsWith COVID-19 restrictions rolling back in some states, NASCAR is getting ready to welcome back fans with no capacity limits. The Pocono Raceway will be one of the first racetracks this year to have no capacity limits for its double-header in June.Alex Bowman parked the No. 48 Chevrolet in its familiar spot in victory lane at Dover International Speedway, leading a dominant outing for Hendrick Motorsports on Sunday.

(AP)Bowman led Hendrick Motorsports to a sensational 1-2-3-4 finish in the NASCAR Cup Series races. Kyle Larson was second, Chase Elliott third and William Byron fourth.How hot was Bowman?His Chevy caught fire after the race.”Help me Tom Cruise, I’m on fire,” he said, channeling Ricky Bobby.Bowman won his second race of the season and passed 1,000 laps led in his career. But the victory celebration at the Monster Mile had to seem familiar for Hendrick Motorsports. Jimmie Johnson, the seven-time NASCAR champion now in IndyCar, won a track-record 11 times at Dover in the 48.Turns out, Johnson’s successor is just as adept at handling the rigors of the concrete mile track.”Best race track on the schedule,” Bowman said.Bowman has followed two of NASCAR’s biggest superstars, first taking the wheel of the No. 88 after Dale Earnhardt Jr. retired and made the move to the 48 this season.He’s tried to escape their large shadows — but will gladly take the checkered flag.Bowman came from nowhere with 10 laps to go to win in April at Richmond and stole his first win of the season. Bowman joined Martin Truex Jr. as the only driver this season with multiple victories.SEE IT: NEXT GENERATION NASCAR CUP SERIES CAR REVEALEDA year after fans were not allowed to attend and Dover held two Cup races on the same weekend, a sellout crowd of 20,000 fans was announced at the Monster Mile and they were ready to bust loose. Going mostly maskless — though Miles the Monster wore his — fans formed a deep line at the Chase Elliott souvenir hauler inside the fan zone. Dover also partnered with the Delaware Division of Public Health and about 100 fans received the one-shot Johnson & Johnson coronavirus vaccine on Sunday and another 50 or so did the same a day earlier during the Xfinity race. While 20,000 fans were certainly dwarfed by the six-figure crowds that jammed Dover in the early aughts, this crowd was more festive compared to recent years. At least one fan in the grandstands dressed as Kyle Busch, others hugged and chugged beers, and some were comfortable asking strangers to snap photos as they posed for pictures in front of the 46-foot, car-crushing Monster statue.CLICK HERE TO GET THE FOX NEWS APPThey watched Larson lead a parade for all but a handful of laps into the third stage. Larson, who on Saturday made a virtual visit with students at the Urban Youth Racing School in Philadelphia, won the first two stages of the race and seemed poised to turn this race into a rout.Bowman spoiled the run when he beat the No. 5 off pit road and led the final 98 laps. Larson led a race-high 263 laps.”Their team just did a good job on getting control on the pit stop,” Larson said. “I feel like I did everything I could.”WHO’S HOTHendrick Motorsports is the first team to finish 1-2-3-4 since Jack Roush in 2005. HMS led 382 of the 400 laps. Hendrick Motorsports has 267 victories, one shy of the NASCAR record held by Petty Enterprises. Petty Enterprises last competed in 2008,WHO’S NOTAric Almirola’s woeful season continued at Dover when his No. 10 Ford slammed into the wall with less than 100 laps left in the race. Almirola crashed out for the second straight week and the Stewart-Haas Racing driver has only one top-10 finish in 2021.”My body’s hurting,” Almirola said. “It doesn’t want to take any more hard hits like that.”DOVER AND OUTDover wrapped its only NASCAR weekend of the season. The track traditionally held two NASCAR weekends but moved one race date to Nashville Superspeedway. Nashville will have a Cup race on June 20. The 1.33-mile concrete track was built in 2001 by Dover Motorsports and hosted NASCAR and IndyCar events until 2011. Nashville Superspeedway held Xfinity and Truck events, as well as IndyCar races from 2001 until 2011. Dover hosted one race weekend in 1969 and 1970 and then held two races every season from 1971 to 2020.UP NEXTNASCAR heads to Texas and the Circuit of the Americas for a road course race. COTA joined Indianapolis and Road America in rural Wisconsin as new road course events on a 2021 schedule that already included Sonoma Raceway, Watkins Glen and the Charlotte Roval.
Read More