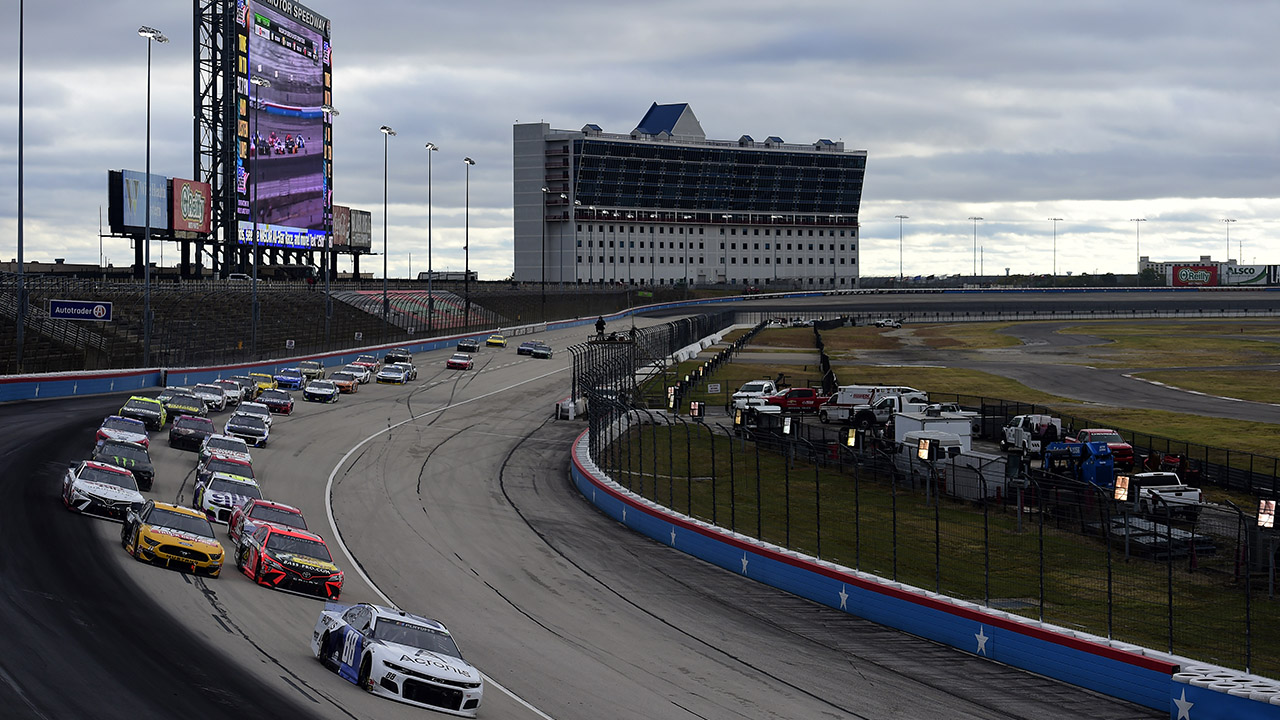 The NASCAR All-Star Race is hitting the Lone Star State for the first time ever.
Kyle Busch won the NASCAR Cup Series Autotrader EchoPark Automotive 500 at Texas Motor Speedway last October.
(Jared C. Tilton/Getty Images)The mid-season exhibition will take place at Texas Motor Speedway on Jun 13.Fans will be allowed in the stands and are also voting to pick the 21st driver in the starting lineup.Here’s everything else you need to know:WHEN IS IT?The green flag is set to fly at 8 p.m. ET on Sunday night.WHO’S IN?Active drivers who’ve won the Cup Series championship or the All-Star race in the past 10 years automatically qualify along with race winners from the 2020 and 2021 seasons. Kyle Larson won pole position through a random draw. WHO ELSE?A series of All-Star Open races will be held before the All-Star Race starting at 5 p.m. to pick three more drivers for the lineup. The winners of two preliminary heats and the main All-Star Open each get a spot.WHO IS THE GRAND MARSHALL?Football coaching legends Joe Gibbs and Tom Landry Jr. will serve as Grand Marshalls. Football greats Gibbs and the late Tom Landry Sr. were Grand Marshalls for the very first NASCAR Cup Series race at the speedway in 1997. Gibbs, of course, will be doing double duty as owner of the Joe Gibbs Racing team.WHO IS SINGING THE NATIONAL ANTHEM?Pop solo artist and “Pussycat Dolls” member Kaya Jones will be singing “The Star Spangled Banner” for her second All-Star Race, having previously performed before the 2013 event at Charlotte Motor Speedway.HOW DOES THE RACE WORK?It’s complicated. We’ll let NASCAR explain:Round 1: 15 laps. After this round, the field will be inverted starting anywhere from the eighth through 12th positions, to be selected by a random draw.Round 2: 15 laps, with entire field inverted after this segment.Round 3: 15 laps, again the field will be inverted starting anywhere from the eighth through 12th positions, to be selected by a random draw after this round.Round 4: 15 laps.Round 5: 30 laps. The lineup for this round will be determined by cumulative finish from the first four rounds, with the best cumulative finisher starting from the pole. Any ties in the aggregate score will be broken by (in order): Most career All-Star wins, most career Cup Series points race wins or 2021 Cup Series driver standings. All cars must enter pit road for a mandatory four-tire pit stop during this round. The crew with the fastest stop will pocket $100,000.Round 6: 10 laps. Cars will line up according to their finishing position from the previous round for the final segment.WHAT DOES THE WINNER GET?$1 million. (Dr. Evil should think about taking up stock car racing!)HOW’S THE WEATHER LOOK?Clear skies and a sweltering 92 degrees are forecast for start time.CLICK HERE TO GET THE FOX NEWS APPHOW DO I WATCH IT?The All-Star Open starts at 6 p.m. ET on Sunday and will be broadcast on FS1 with the All-Star Race following at 8 p.m. ET. Those with a participating TV provider can also watch the event online and on smart devices using the FOX Sports app.WHO’S GOING TO WIN?Kyle Larson is the favorite according to Fox Bet, followed by Chase Elliott, Martin Truex Jr. and Kyle Busch.
Read More