Shiners for the SHRINERS 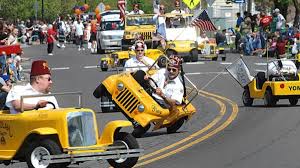 Shriners!!!!! I mean who doesn’t love the Shriners, I remember wonky old men in little cars trying to give me balloons and candy, ahh those were the days….

Ok, so this week we see a pretty strong field with some really good players in it , with many top tier players making their first start to the wrap around season of this crazy year of 2020. What does that mean for us? Well that means we can find value on some key guys, that have already gotten their beaks wet on this wrap around season. For example Cam Davis, who surprisingly dropped a couple of hundred bucks in DK pricing, after being on fire in 2020. Write that down.

TPC Summerlin is a really cool course, and I’m somewhat of an expert playing this course a few times in video games…. No seriously, I played it twice last night….

TPC Summerlin, is just over 7,200 yards, nestled in the beautiful neighborhood of Summerlin, in Las Vegas, where the ball seems to fly forever. In the previous years, it seems like bombers are equalized with the previous winners being pre steroid era Bryson, and Kevin NA. Post steroid era Bryson, should have no problem here, but he will be facing a Patrick Cantlay who has seemingly fallen in Love witht his course with countless great finishes and consistency. Lock Him in if you want a super safe top tier player this week.

The slate- Well , I think the price on Bryson is steep and leaves you with only 7600~ to build around, and you can definitely do it this week, with the value presented to us. If you go that route , I highly recommend taking Si woo/Burns to keep it balanced for you , My favorite just playing with these lines, balanced wise wound up being

A lot of these guys have been playing the opening events, and severe value if you have been playing DFS this year so far. The Fewest FPPG on that squad comes from Si Woo, but even then is 56.6, and no one has a better swing then him. To me….. anyways….

Guys I personally like down low, and going to utilize in a Bryson/Cantlay stack are

Villegas- game is forming up to old times

Chubbard- How do you not?

Higgs- Higgs is my boy , I will ride him griffin and todd until I die. ALL IN on HIGGs, great dk scorer

Schenk- Weird to playa guy named schenk in PGA eh? Well do it ,

Don’t eat the ventura chalk im fading that noise this week personally- I could eat those words, but that’s ok.

Burns- This may be the week people jump off that train, well then CHOO CHOO MFER

POSTON- The postman rode again this past week, still thirsty for a W.

McCarthy- Best putter in the field behind Bryson

Cam DAVIS- That’s it , lock that in. Unreal how his price went down.

Moving into Mid 8k and up to the top My brain is working differently this week , Im really having a hard time honing in on this range, because I feel the winner this week is going to come from below this range.

Zalatoris- He has been in every write up in the wrap around season, and has let a lot of people down, I’m willing to go one more week on him, and let everyone else jump ship like burns. Numbers still decent after some average weeks.

ANCER- ANCER IS THE ANSWER , haven’t heard one person bring him up, and this course is short enough to where I think he can really shine, Great putter.

OOSTY- If you haven’t been paying attention, OOSTY’s worst finish since July is 54th. Giddy up

Scheffler- This is the week to be on scheffler, knocked the rust off last week, and is dialed in and ready to roll off his momentum from last year.

WOLFF- Youd be silly not to play this value this week, look who he is priced around, he should be higher considering him and Bryson just dueled it out at the US Open…. Unreal sometimes, but take advantage of this!

English is my boy, but that’s a high price tag. Would rather have wolff

Morikawa- Cant go wrong, and I wouldn’t be mad if you locked him into a core.

Matsu- I Hope hes worked on his putter in the downtime, dude can flat out play, not corr worthy but remember him if your in this bracket.

Finau- Havent made one lineup yet with him, but I will, Just in case he has another 59 in him.

Cantlay- Awesome play this week, great course history and is the Horse for this course. Besided the Northern Trust, guy is a machine. Good course history = Confidence = Ball in hole

Simpson- Again, you cant go wrong here, my only concern is that Bryson and Cantlya beat him this week, ranking him 3rd in my books. But dude can put up 100 points real quick, and a good pivot off Bryson and cantlay

Bryson- The cream of the crop, last time he was priced this high, was Rocket Mortgage where we went all in on Bryson, Personally he is a madman, and I think he hasn’t stopped once since winning the US Open and has even gotten better. Great Bomber who can putt, I like Bryson as the winner, and favorite play this week, since we can find value across the board.

Yes I’m Serious, we are doing this and going to win boys and girls

This leaves you with 7000, probably the lowest I have ever left you with in a core 4 play, but listen , we can do this this week, the value is there, Ive said it this whole article

I went piercy and Si woo to round this out and I love that play .

We can make this work , and if you want to pivot go right ahead. Im riding the hot hands at value who have been playing well this year… and if you need me text call email , contact me on social media, would love to answer any questions you have about the slate this week.

In the mean time I’ll be cleaning my GRIFFINS, deep in the GOOCH. Unrealy how my PALMERS get so REDMANED up. Don’t forget to CINK up with me and REAVIE, they could be coming round the moutnian anytime. Maybe I’ll SNEDKER up on them and say hello? NA, I’d rathermake my own LIST.