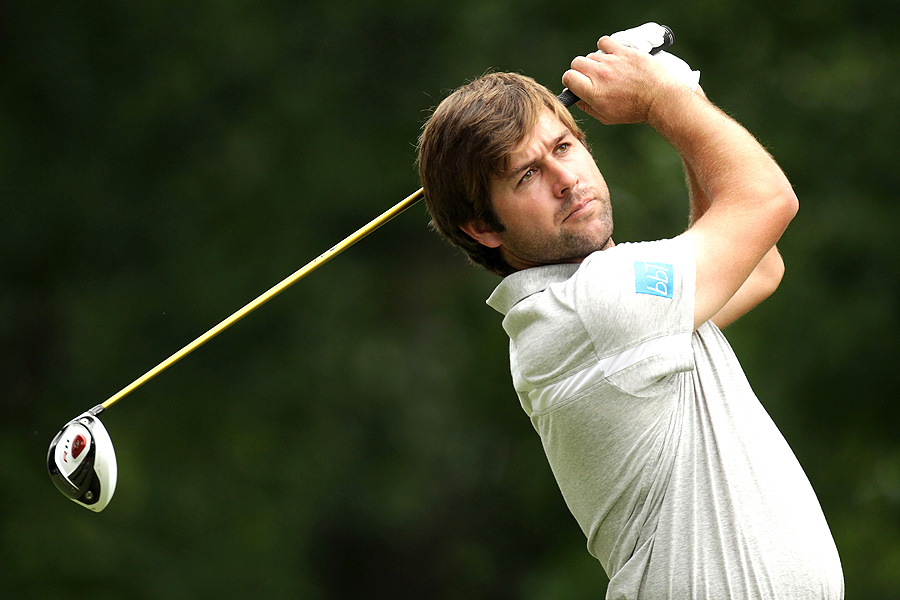 You wanna know something crazy about this picture? This picture was taken in 2011, The Chaff-Stik was a mighty 21 years old living his dreams, just out of college, working in the Golf Industry, hitting snap hooks like a MFER. My hair looked stunning with curls popping out of my hat/visor, as I slapped it all around the course, Just like the beautiful Robert Rock Pictured above…..

Flash forward almost 10 years later, 2 wins later for The Rock, even greater head of hair, and still no hats unless the winds get high enough to cause folicle damage, and me a balding 30 year old, who still cant break 80, and hits slices now instead of snappers.

The morale of this story, Robert Rock, now 43 years young, still has a beautiful head of hair , still rocking it, and still making birds, and has been there done that, and kicking ass on the Euro tour once again! I always play him in my Euor tour lineups, just for the love and knowing of what he can do, but the past few months here The Rock has won us some serious CABBAGE!!! and I have not seen him eclipse 14% ownership, or get above the 9k mark on DK.

Take last week for instance, 1% owned in the .25 entry lobbies, 4% owned in the 5k to first lobby, and we clean swept the .25 lobby and held the first two positions until sunday, where the wheels fell off, and birdies didnt flow. This week at 7400 is an absolute lock of the slate. I really would care if he was 10k, I’d still play him and those beautiful locks.

In all seriousness though , 3rd 25th last two tourneys , MC’s before that, but then another solid set of finishes thereafter, WE RIDE THE ROCK UNTIL THE WHEELS FALL OFF, its worth it and hes in 95% of my lines this week.

My core going into the week, consists of

Catlin 7600 – this guy is red hot, turns out last week he didnt like the weather etc. Weather looks great this week, and im all in on catlin rebounding

Horsfield 8500- There has been alot of talk about this man this week and the game is so pure. couple rough weeks for him, but he is a winner and can go low. With many burned by him the past few weeks him and catlin are both multi winners in 2020, and can do it again, and both been there , done that

That leaves you with a smooth 8800 to play with, I like Detry/Hojgaard there , westwood /Herbert also looks really good.

I’m trying to keep more balance in the lines this week to ensure a 6/6 5/6 cut, and going with safe options this week.

If you have any questions at all, reach out anytime on the twitter machine or any platform of social media.