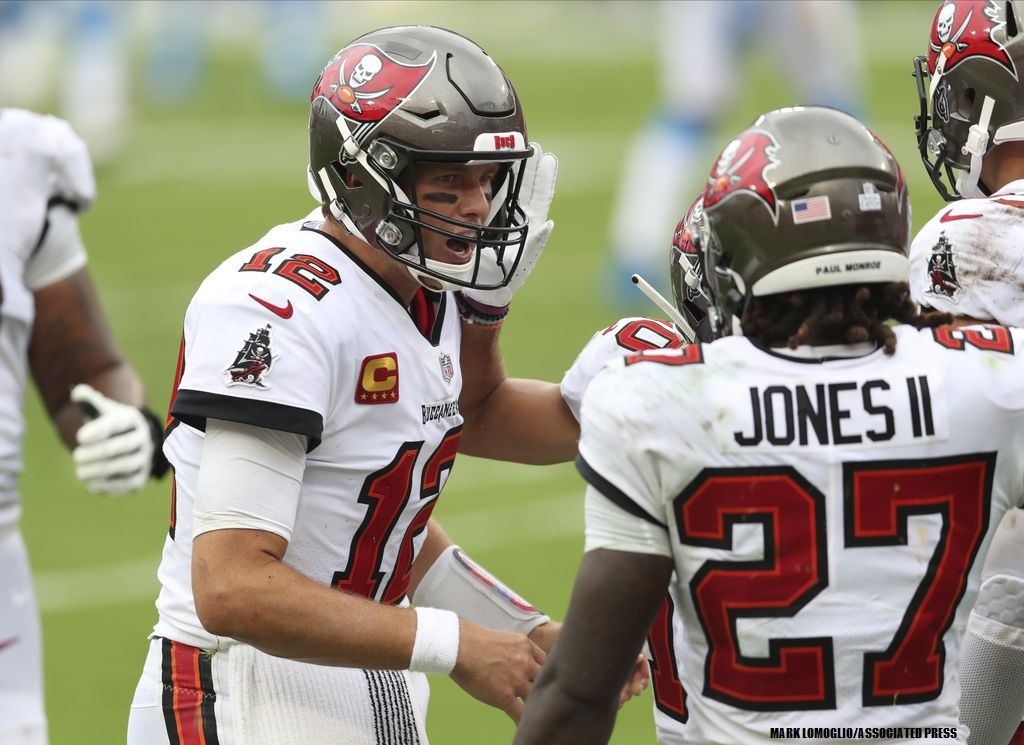 Surprisingly, we have made it to the forth week of Thursday Night Football without a cancellation of the season due to The Vid. In this crazy, year and season it has been everything but predictable. Between the group here at We Live Fantasy we have been within striking distance of lobby wins each and every week and this is the week we take the big money with some ballsy calls from yours truly.

Ok so lets get one thing straight, I am no wizard. I am no fortune teller and cannot predict the future as much as I wish I could. But, I am a gambler and therefore a degenerate like most of you reading this write-up. With that all being said, there are few ways to take down a massive lobby with over 200k in entries. One of them is fading the noise and sticking to your guns with a seriously risky play that could set you aside from the rest. How serious is it, you ask? Well, if fading Tom Brady on a primetime slate is not seriously crazy and risky then I do not know what could fit the definition.

That is right we start with the fade of the football season here. No Tom Brady in my core, no Tom Brady in my lineups. Here’s the deal, we all know how great Tom is in any situation but there are games in history where he simply cannot get the ball moving thru the air and I am seeing this as one of those few and far between games. Ask yourself, could you have possibly faded Lamar Jackson in primetime against KC? Well, about half way thru the 2nd quarter you were wishing you would have had the nuts. He was over 70% just as I expect Brady to be. The major push here behind his crazy call is that he struggled badly against a Carolina defense this year only scoring 10.7 fantasy points. If you compare the Panthers defense to that of the Bears they look very similar across the board. The Bears defense ranks 31st in points allowed to QBs this season. They are allowing an average of 12.5 points to QBs this year and I expect that to remain the same, even though it is Brady.

So, if its not a Brady day then who will be the star of the show…..Ronald Jones II. The Bears defense is ranked 16th easiest team against the run allowing an average of 19.6 points per game. Very similar to the Panthers defense which allowed over 30 points to Fournette earlier this season. With Fournette doubtful for this game I will be taking the better of the two backs anyway and riding high on Ronald. He is a serious captain play and should be in majority of your lineups this week.

I will be taking some long long long shots on Jones backup, Ke’Shawn Vaughn in the captain spot but I would not recommending going wild on this or even playing this in smaller lobbies or single entries. This is simply a play in big lobbies to find leverage. If you don’t like the captain play, he is definitely one to throw in a flex spot at the beautifully smooth $1,000. This really opens you up for some shares up top and stacking lineups. Vaughn posted 10.6 points last week and I expect the same workload and possibly more due to Brady’s lack of moving the ball in the air.

Robinson the dos – Coming off multiple games with over 25 fantasy points, he has been the go to for any quarterback at Chi. With Foles under center I feel much better playing Chi players than I would have a couple weeks ago. Most people will stick him in the captain at that ridiculous amount of money and then take Foles like you are normally suppose to and then have not much let to stick in your lineup. This is why he is not a captain but definitely in the core for this week. TBs ranks 20th overall in average points allowed to WRs at 21.8. Good enough for my money.

Mike Evans – I mean its Mike Evans. I could stop there and that should be reason enough but if you need more just know that against that Panther Defense earlier this year he racked up 26.4 points and I expect the same thing here. #1 target for Brady and will put up points even if Brady does not.

David Montgomery – Ill have some because I feel the Bucs can put a stop to Foles and the run game will come into play quite a bit. My concern though is TB is ranked 24th against the RBs only allowing 16.2 points per game this year. Fit him in where you can but don’t go overboard.

Jimmy Graham – TB is ranked 21st against TEs allowing only 6.7 points per game. Could he go put 20 points on the board yes, sure, maybe. Ill have a few where he fits but I will not go out of my way to work him in.

Anthony Miller – Same here for Miller as Graham except TB is slightly more giving to WRs than TEs coming in at 20th ranked. Have a few shares but beware.

The Gronk/Cameron Brate – Either or here guys and gals. Chi defense allows an average of 8.7 points per game to TEs which is good enough for 13th easiest on the board. So, if Brady can get the ball moving down field it could be a TE show in the endzone.

BUCS D – I love Nick Foles and what he has done with the situations he had been handed more than most people but he has been known to shit the bed from time to time and this could be one of those games. TBs defense ranks out 29th in the league against QBs allowing only 16.2 points. Foles has yet to put of over 20 points in his 2 games so far and looking back at that Carolina game I love to reference……TBs defense racked up 14 points against a Mr. Bridgewater ran offense.

TB kicker Scupapapap (Succop) can fit nicely into some builds and kickers have been popping up into winning lineups this year more frequently than ever. For what its worth, Chi defense is ranked 7th easiest against kickers this year.

Patterson is just a damn huge as MFer and gets a few looks a game in different formations that allows him to get some running room.

Ke’Shawn Vaughn – Play of the week right here. As mentioned before he will see workload and the Bears give up points to Rbs. Take your stabs here. I will be exposed here but we know that can pay off huge if we’re right.

Total: 156 points (I expect a similar outcome in this game)

Thanks as always for giving us the love and support. We wouldn’t be here without all of your followers and co-degenerates. Subscribe to our website for more new, tips, tricks and plays. Find us on FB, Insta and Twitter @WLFBETS. Bring your friends. We like BIGGG parties! Goodluck yall!