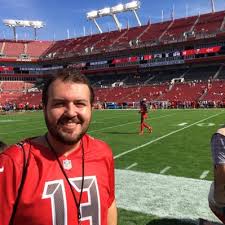 Well gang, here goes, first official NFL Slate Breakdown , Written by me, I usually just give core plays, and key players on the slate, but since I had time this week i wanted to share my views on things pertaining to this weeks NFL Thanksgiving Day slate. And How I will be constructing NFL Lines this week.

For starters, lets take a trip down , what you need to know for Thursdays action.

Detroit V. Houston 12:30 Kickoff – Lions looked like shit last week, I’ll just go ahead and say it, against the Panthers no less, Putting up ZILCH. If Stafford is Still banged up, and swift is not able to suit up, It would be an easy fade for me to just cancel out the Lions from your thoughts. Now, if Swift plays, he is a lock into my lineups this week, due to the fact that he is not barring any physical ailments, he is waiting to clear concussion protocol and is THE GUY, in that offense to move the ball down the field. If Stafford gets to full participant, I’m still not putting him in any lines at QB, but feel good about the other players on the field immensely. Golladay DNP’d Tuesday, and is trending in the wrong direction, so keep an eye out on his status. Along with Hockenson. You can throw some darts on these guys if you are feeling frisky, but dont bet the house on it. Just keep in mind, Detroit seems to always show up, in one way shape or form on Turkey day brawls.

Houston- The Texans are the real deal, and have alot of firepower, but the record and huge downsides deflect from how good they are and will be moving forward. Watson is the highest priced QB on the slate, but he is truly the Only QB that can realistically Throw dimes, and get you yards rushing. (BuT WhAt AbOuT LaMaR?? We will get to him…..) If this was last season, Lamar would be a no brainer, but recency bias, has me loving Watson this week, and you can pay up at QB, and still have a really good looking squad the rest of the way down. Duke Johnson , is THE GUY at Rb, as it sits with the texans, and you cant beat that price and matchup. Moving down to WR, Really Love All three and are in the mix, Ranking order 1) Fuller 2) Cooks (Who can burn Detroit deep) 3) Coutee, filling in for stills/cobb, caught a touchdown last week, and has good history with Watson, filling in for Fuller in the past. TE gets washy, I like Akins over Fells , but to be honest, not my main priority, getting the texans TE. Lastly , I will be playing the Texans D, and will split my shares between them and Dallas D.

Here is the staple game of the slate, that you all love and hate, Cowgirls V. Washington. The game is at Walmart Jones Supercenter, so consitions will be favorable for Zekes dumbass to eat away, where this all started 2 years ago, jumping in the salvation army bucket like a complete dousche, but he is an absolute lock into lineups, being THE GUY, and his volume. They hopefully will run away from Cam Jordan, and catch some balls to add value to his play. He is the one I sadly trust most in this offense. Dalton is Dalton, Probably going to get you 13 points, on DK, and be ho hum. Which has me hating his WR’s this week, But If I had to add a few to the player pool , im leaning on Amari Cooper , and Gallup. You can add CD to your personal pool, but Im just not there with him. Schultz has seen his fair share of targets with Dalton in, and could be a great pivot low owned play, which I really love as well. He seems to be THE GUY, in regards to TE, in Dallas. Also have him in season long, and rolling with it.

Washington is a severely underrated team in Transition right now, with some real studs on each side of the ball. When you think about where this team was at the start of the season to now, its really wild to see how they have turned it around. Its quite simple here for Football team plays, Alex Smith is Averaging over 30 pass attempts a game, WOWZERS, supreme value of the slate, especially if he can get a ball into the freaking endzone, this game will truly pivot for Football team, depending on game flow, Gibson, is the play if you are willing to sweat your life here on WAS backfield, him or Mckissic, but i Like gibson over MCkissic. getting some good PPR points, but the real GEM of this offense is Scary Terry. Mclaurin is THE GUY, and arguably the best receiver on this slate, tit for TAT, and is a LOCK into your lineups on this slate. The offense runs through him. An Awesome pivot there is Sims. If the Football team is seeing Mclaurin locked down in coverage the B option is sims, and he is a real athlete. When they look his way he often performs. Logan Thomas is our last option on the team that we can ounch in and not hate our lives about, and truthfully I’m going to have a few squads, with some nice Wash Stacks, because I really think if they love up to the full potential and we get a shootout, they can be a low owned lineup play in a GPP, that no one will have the stones to pull off. See you already dont like and trust it, Throw a quarter on it, and see what happens!

Game of the week in my opinion and its going to be a good one, Pittsburgh still undefeated, has arguably the best Defense and offense combo in the NFL right now. Baltimore, my pick to rep the AFC in the superbowl have struggled moving the ball on Offense. Truthfully we need to picture this game as a true playoff game just like the RavensV.Titans Last week. What that means is , either a low scoring affair with 2/4 guys making value, or a slugfest. This game we really need to hone in on the best guys to cherry pick out of here. Bens questionable tag, honestly doesnt scare me , he is a veteran super bowl champ , coming off a short week, oh and he has pretty much played through injury his whole life….. but his attempts are way up, and it seems that Pitt is passing the rock , even when they are up, That could be in part, trying to save porcelein glass connor for the playoff run, or its becuase ben is finally feeling good and has core group of receivers to bear the load, either way, he has been a stud this year. Connor. has been limtied in his role and getting sniped on goalline runs, but is Still THE GUY in the backfield when it comes to Pitt. Johnson/JuJu/Claypool have been absolute studs for ben and the steelers this year with all providing value week in week out. I think its a JuJu Week Myself, I know the ravens have been good ont he inside, but in a playoff setting I like JuJu and his experience , especially with a pass rush like the Ravens have, Ben may have to get rid of the ball quick , which is where JuJu Will be. and conner for that matter. But you cant go wrong with Johnson/Claypool, but to be different Go JuJu. Ebron will be the sole TE pass catcher in the offense too. Dont forget him!

In regards to the Ravens , we have been waiting all year for last years Ravens to show up. Maybe the NE city was hurt more than we think in regards to Lockdowns and Lamar didnt really get to Practice? IDK but we have had over thalf the season, and the spark really isnt there. But you CANNOT count him or this team out, they are truly to giftted to ever really be SHUTOUT. Lamar can burn you with his legs big time, and with the lack of running backs this week, it could be the week for him to show out. The more HW and reading I do, the more I like a Low Owned , big Play lamar , that when he is the best QB on the slate, people will say “SHIT SHOULD HAVE SEEN THAT COMING” He is the 11th ranked qb in season long formats, Watson 6th, Roethlisberger 10th, and thats with him haveing a “Down year”. The passing has not looked good, but we have seen him do it before. Could this be the week? My thoughts are this, if there is a lack of running backs, Gus edwards to get the start, Backup Justice hill, we may see an infulx like GB did with Jones/Williams out, of WR’s getting looks out of the backfield and short intermediate throws. And the running may be done with Lamar in primetime….. Just my thoughts, and in a big game like this with serious implications, the cream usually rises to the top. Hollywood brown has been a big pooper this year, but I keep telling tyler, “When it happens its going to be big” “slatebreaker. I really like snead and andrews this week, to step up for the ravens being down in the backfield as well.

These are guys I am trying to have in every Lineup Possible feel like you HAVE to have them in your lineups to compete and pivot elsewhere around them with the player pool.

Good luck this week and hope to see you atop the leaderboards. If you need me or have any lineup questions reach out anytime you need me! Happy Thanksgiving! go eat some pie!

Bruce Arians: Bucs’ offense comes down to whether “quarterback plays well or not”
Ravens-Steelers game moved from Thursday night to Sunday