Turd down and two…..Broncos vs. Jets – Week 3 Showdown 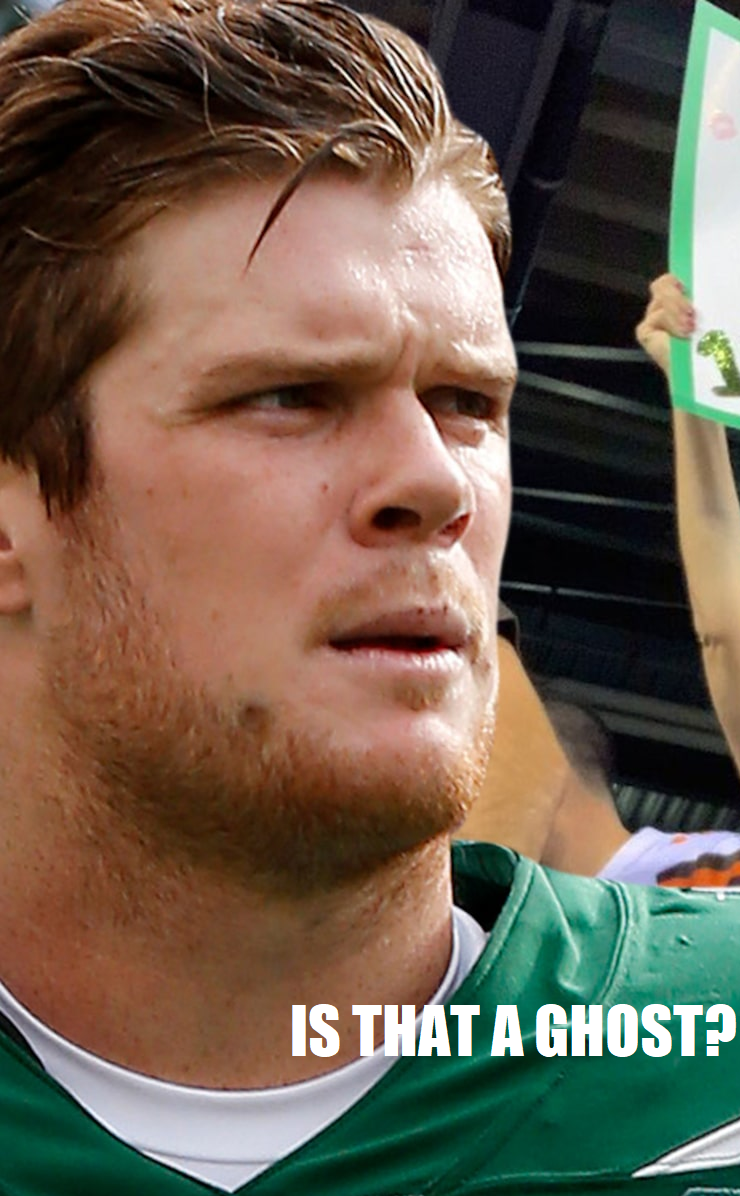 Here is what we know about this game….very few people actually care about it. I would be in the same boat if I were not a degenerate myself. So leggo, the Jets vs the Broncos! Doesn’t even sound good. Both offenses struggle to score and both defenses struggle to stop anything. But, as we sift thru all the bullshit we come to a few decent play options that should give us a run at the big money.

Denver’s defense ranks out as the 5th worst in the league for fantasy points allowed to WRs over the first 3 games this year. They are allowing an average of 29.5 points thru the air to the receiving cores. Unfortunately, for them Crowder is set to return this week after missing the prior 2 weeks. The first week he was the number 1 target to Darnold and racked up 27.5 points against the Buffalo defense that is averaging 26.7 points to WRs and ranked 10th worst. Ill put my money on those odds.

My other option for captain is MG3. If Denver gets up early he could be a huge play. I don’t see this happening and I hate paying that much for a captain.

Sam Darnold – Listen, I really hate clicking him as well but majority of the time when you take a WR as a captain you want to pair them with the Quarterback of the same team. Also, the losing Quarterback has been in 7 of the last 9 primetime showdown winning lobby lineups, for whatever that is worth. I am not saying that NYJ is going to lose this game but they sure as hell could find a way to do it. Denver’s defense ranks out as the 12th worse defense against Quarterbacks YTD.

While I do believe that obviously Crowder is going to have a majority of the targets I do still see Herndon being a play. He gets targets, redzone targets and is the number 1 TE on the team no question. Denver ranks out as 10th worst team for points allowed to TEs this season averaging 10.2 points allowed. At his value, hes in your favor.

Denver’s average points scored in a game is 15 so far this season and they still are not sure who will head their offense on the field. Denver is also 2nd worst ranked in the league for points allowed to opposing defense at 10.7 average. Ill take some stabs especially since this game has serious chances of being a low scoring matchup decided by a field goal…miss.

I will be fading what little RB options NYJ has considering not previous production and Denvers D ranks out at 26th worst for points to RBs. Only allowing 14 averages points per game. Even if by some miracle NYJ is blowing them out early I dont see them being able to produce fantasy RB points.

Its tough for me to really like any of the guys on this offense other than Gordon. However, last week in the final drive Brett Rypien did complete his first eight passes of that drive before throwing an interception to end the drive and the game. That was a rushed offense and will not be the game they are playing this week unless they are significantly down early or way late. Be easy on this play but I do see some potential leverage here with lower ownership and he might do something.

If Lindsay does not start then freeman becomes an interesting play that has a chance to put up some points for little price tag. NYJ defense is the 7th worst in the league for fantasy points allowed to running backs averaging 24 per game. Gordon will need rest eventually. Put em in!

Next is Fant. Solid option and even more convincing when you look at NYJs average points allowed to TEs being 10.4 and 9th worst in the league. Will be highly owned for sure but a decent option when building your lines.
NYJ defense is actually decent numbers wise to WRs and QBs compared to the running game and the TEs. So, I would stay away from those being in the core. Take your stabs lightly

Denver’s defense this week is priced on a high based upon the primary starters playing. Well they are not, like 5 or 6 of them are not. So many that I don’t even need to list them because I know if that many starters are missing and Bill Belichick isn’t on the sideline…..that team is fukked!
Goodluck to all and to all a goodnight! Lets get that green

Don’t forget to like the FB page @WLFBETS, as well as follow us on insta and twitter for all your showdown football, nascar and golf daily fantasy. Check out our in the works website for more stats and info! welivefantasy.com